The Germans received a damn good thrashing here during the Second World War. 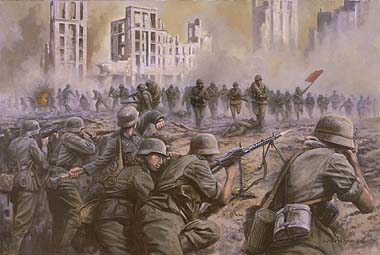