Named after AndrÃ© Maginot (French minister of War 1928-1931), the Maginot Line was a line of concrete fortifications, deep bunkers, interconnecting underground railway lines, tank obstacles, protected artillery pieces and machine gun posts constructed by France. It was built between 1928-1936 and cost something like Â£3 billion ($6 billion dollars) in todayâ€™s money. (Compared to some defense procurement cockups ... this one was pretty cheap!)

This concrete monster was constructed along Frances borders with Germany and Italy, on the basis that the next war with Germany (WW2) would likely be the same tactically/strategically as the last one (WW1). 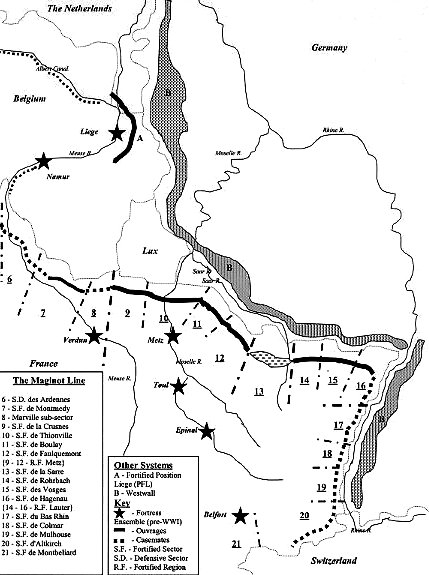 Turned out to be a massive white elephant when the cunning Hun decided to sneak its panzers through the 'impassably' forested Ardennes instead of sensibly charging straight into the defenses.

Anoraks enlarged here with some nice piccies of Bunkers.