One of the success stories of the procurement system (almost as good as the issue water bottle). All three armed services, and a few of the uniformed-but-unarmed services, wear them in varying colours. So of course, the Army had to try discontinuing it.

Hard wearing, reasonably smart, rib-knit to fit anyone snugly, and arm-length-adjustable by simply "turning up the cuffs". Just the job for working in the non-centrally-heated, un-air-conditioned, British barracks of the 1980s - along with Boots DMS, Trousers Lightweight, Shirts KF, and Puttees.

In another nod to Drill pigs, some obsessive/compulsive types have even managed to put creases in the wool with the application of sufficient spray starch.

One word of warning - do not (ever) put one through the washing machine. It comes out a matted mess, and shrunk sufficiently that it will fit the average eight-year-old. The only advantage is if the wearer thereafter is a Yummy.

Oh the nights we used to iron away at the elbow and shoulder pads, having to run down the NAAFI for yet another tin of starch. Not forgetting just when you were about to finish a pad your iron would spit and splutter a big fuck off watery stain across the pad just to give that finishing touch! you could hear the cries of 'NOOOOoooooOOOOOO!' down the corridor on a regular basis.

Of course, after all your hard efforts, you were smart as a button on parade - only to be inspected by a Rodney who's pads looked like a crinkled crisp packet, and who had the nerve to say 'Too much starch on your pads. Reshow RSM!'. Cheeky bastard! They obviously never look in a mirror!

In the Army, the standard olive green 'woolly pully' is complemented by the various regimental pattern pullovers that abound in varying shades and hues - some of which are of the same pattern as the issue item. These regimental patterns are worn in Barrack Dress and such items are usually privately purchased from the respective units' PRI Shops and are normally restricted to SNCOs, WOs and officers.

Variations of note are:

A short-lived olive green v-necked pullover was introduced in the mid-'90s. These were of inferior quality to the JHW and were not meant for field use. They contained enough acrylic to provide the wearer with a spectacular light show when removed in a darkened room and as such generated enough power to boil an egg.

The feminine version of the 'wooly pully' is is known as the Lumpy Jumper due to the addition of gratuitous Funbags. God Bless 'em! 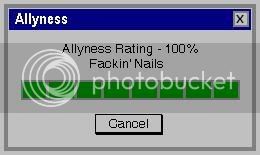