From ARRSEpedia
(Redirected from Bushranger)
Jump to: navigation, search 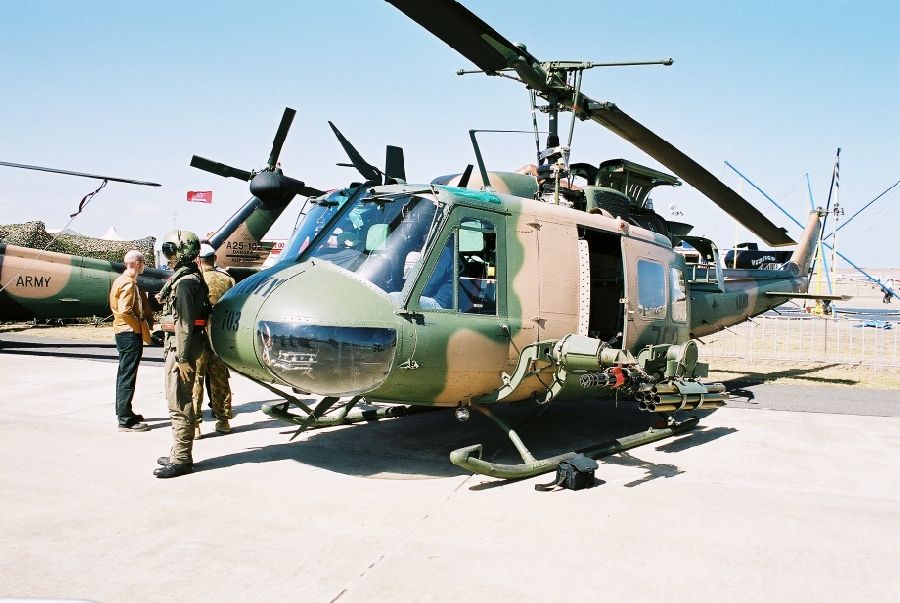 The UH-1 Bushranger was an Australian variant of the UH-1 Iroquis, used by Australia until 1989. UH-1 Bushranger helicopters of RAAF No. 9 Squadron were deployed to South Vietnam in mid 1966 as part of the 1st Australian Task Force. In this role they were armed with single M60 doorguns. In 1969 four of No. 9 Squadron's helicopters were converted to gunships (known as 'Bushrangers'), armed with two fixed forward firing Miniguns (one each side) and a 7 round rocket pod on each side. Aircrew were armed with twin M60 flexible mounts in each door. UH-1 helicopters were used in many roles including troop transport, medevac and Bushranger gunships for armed support.

Between 1982 and 1986 the Squadron contributed aircraft and aircrew to the Australian helicopter detachment which formed part of the Multinational Force and Observers peacekeeping force in the Sinai Peninsula, Egypt.