As with the armed forces of all nations, the Head of State bestows various awards such as campaign medals in recognition of an individual's participation in operations, and gallantry awards in recognition of acts of exceptional valour. The more auspicious awards are rightly held in the highest esteem by the mere mortals not in receipt of such awards, and while justifiably proud, the recipients are typically modest.

With the passage of time most individuals will naturally gradually accrue a collection of campaign medals which will serve, in addition to recognising operational service, to establish an unofficial seniority over niggier Toms; a parade ground ally pecking order. They're also a nice, well-earned bit of bling to go with your Ginger Marching Suit and they give your mum an extra reason to make fuss over you.

If, however, you find yourself on parade for Remembrance as a SSgt, bare-chested, and even the niggy BAT Lance Jacks have something to show for their short careers, you need to have a word with yourself, you war dodger!

If you've been especially nice to the right people you might earn yourself a trinket come Betty's birthday or the New Year, such as an OBE or even a Knighthood!

Forget it! Colonel and upwards, though you might be lucky enough to get one of the lower classes like an MBE if you've crossed enough palms with silver.

These are awards for gallantry, leadership and bravery on active operations (in the presence of the enemy) come in three different sizes.

(My first RSM, during basic training at ATR Pirbright, WO1 R.W.J. Jackson, MM, Scots Guards, was a recipient of the Military Medal which is an equivalent award to the Military Cross. The MM was discontinued in 1993 in favour of awarding the MC to all ranks where the criteria is met; prior to that it was awarded only to Warrant Officers and junior Officers. My first razzman, he was officially the scariest man alive. He was awarded the MM for his actions in the Falklands at Mount Tumbledown.)

The gallantry and bravery awards for non-active operations (i.e. not in presence of the enemy) also fall in to four levels. They are:

(As an example, PC Trevor Lock was awarded the George Medal for his actions at the Iranian Embassy in 1980 when They mounted Op NIMROD and he tackled the leader of the hostage-takers to prevent him from shooting one of Them.

Interestingly, the MoD website states that the administrative processes leading to the award of gallantry medals are carried out by the Military Secretariat, not the MoD Medal Office. Details of the awards procedure are to be found in JSP761.

These also fall in to three categories:

The more commonly awarded medals, these are awarded to all personnel taking part in current operations. The qualifying period is typically 30 consecutive days, which explains why the CQMS/ SQMS/ RQMS/ CO/ RSM all come out for a visit, bringing their dogs, for... you guessed it, about a month!

There are also many other campaign medals, awarded for service in various far-flung parts of the globe, including:

LSMs are awarded upon reaching the appropriate length of service while maintaining a nice clean rap sheet. Of course, the award isn't so much for actual good behaviour; any recipient will tell you with a wink, it's awarded to recognise the appropriate number of years 'undetected crime'. There's only one crime: getting caught!

The Queen's Golden Jubilee Medal was awarded to personnel of the Regular, Reserve and Cadet forces who were in effective service on 6 February 2002, who had completed 5 full calendar years reckonable service and were properly enlisted on or before 7 February 1997. Penny-pinching was widely blamed for the 5 year minimum service crtieria, which had led to units returning from operational tours only for some members of the unit to receive the medal and others not to. Depending on who you believe, entire platoons - nay, companies - marched from the parades where the presentations had been made, and promptly binned the medals, en masse. Additionally, an exception was made for Princes William and Harry, because grannies do love to spoil their grandchildren, irrespective of Royal status!

How Not To Do It

Of course, while recognition of service is an honourable and worthwhile thing, especially when acts of heroic bravery are involved, it is possible to overdo it. I am, of course referring to Walts, see 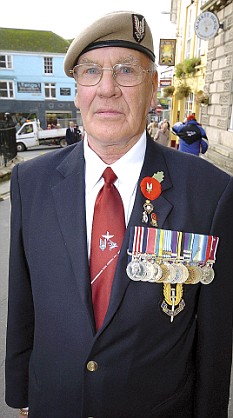 Of course, if you're American there's no need to Walt it up. There are medals and ribbons to be had for all sorts of achievements, like completing basic training in the Air Force. Sadly, in a fit of justified embarrasment, the USAF removed the following quote from their website:

"Nothing makes a uniform look more complete than a set of ribbons. But ribbons are not issued along with clothing and boots. Airmen have to earn them. While attending BMT [Basic Mil Trg], Airmen have the opportunity to earn three ribbons upon graduation."

The US Army offers an equivalent known as the Army Service Ribbon. It is harder-earned, taking a minimum of 15 weeks to achieve, but it's worth the extra effort thanks to its resemblance to one of these.