Book Reviewer
I know, I know! We're all fed up with General Election threads. But I was thinking (and it's probably a rare and dangerous thing), who would I love to see as PM? I'm not talking of all those politicians who are more interested in rubbishing their opponents than telling us what they will do, but who, out of all the British people, seems to be the most Prime Ministerial? Who would look good, sound right and have that je ne sais pas that would make them Statesman (or Stateswoman) like?

I remember in the film 'Love Actually' watching Hugh Grant play the part of PM. He wasn't bad at all. But then I think of Sir Patrick Stewart, and his authoritarian look, his quintessential Britishness (despite living in the US for years). So I nominate Sir Patrick Stewart as PM, and Hugh Grant as Deputy PM. Who do you nominate?

And how long before this is sent to the hole?
Hmmm. I wanted my signature to be something humourous, or at lest deep and meaningful. Yet all that comes to mind is a bucket of blood streaked piss. Not really worth the effort in my opinion.

Bit early for boozing
Sinner/theiftaker. Replacement Account
Not bugsy for the hard of thinking

After a lot of "Anger management" and therapy it seems I am just a horrible human being.

I've just taken my meds. That's my excuse and I'm sticking with it!
Hmmm. I wanted my signature to be something humourous, or at lest deep and meaningful. Yet all that comes to mind is a bucket of blood streaked piss. Not really worth the effort in my opinion.

PM - Al Murray
Deputy - Katie Hopkins
You may not believe in God or a God, but trust me, when you’re really in the shit you will pray to everyone. 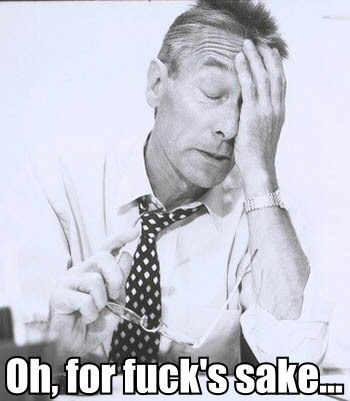 Jacob Rees-Mogg, would be quite amusing and would tear Corbynistas to shreds
Join me at Torn-City - Massively multiplayer online text based RPG , meet interesting people and put them in hospital

I vote for Teresa May

I can honestly say I've never gone to bed with an ugly woman - but I've woken up with quite a few !

A Camel can go without water for 8 days - But who wants to be a Camel !

Winston Churchill was decent enough. Can we have him back again?
Join an active Arrse Torn faction? Don't visit @AlienFTM, @BossHogg or that lying @Mighty_Blighty (His hammers are puny and he smells), Visit this page as it's much nicer - https://www.torn.com/1552484

Goatman - And I do like a bit of sausage

Nicola Sturgeon for PM just to watch Arrse implode on the day.
I knew it. I’m going home in a bag. It’s always the Corporal that gets blown up first.
Cpl Pez

If we are bring people back from the dead, I would like Mrs Thatcher from circa 1984 please.
Do Christians sin? Yes. While we will always “fall short of the glory of God” (Romans 3:23), we have the hope that the power of God is at work in us to “make us more and more like him as we are changed into his glorious image” (2 Corinthians 3:18, NLT).
St. Paul is cleverer than you so f*ck off!
S

Judge Dredd as PM
All other government posts removed as they are no longer required.

Gazza.
What are you gonna do? Release the dogs? Or the bees? Or the dogs with bees in their mouth and when they bark they shoot bees at you?

Skunkmiester said:
Judge Dredd as PM
All other government posts removed as they are no longer required.
Click to expand...

Surely he'd need Dirty Harry as Home Secretary.
You must log in or register to reply here.