Not sure how to phrase this - I was wondering what the home ownership scene was like during WW1. My great grandfather lived in Barrowford, Pendle. Most homes were of the terraced sort. Did people tend to own their own homes in those days, or were the homes leased by the mills where they were employed?
What happened to the homes when people signed up to go off to war?

I have looked at various census records wrt my family and they all appeared to live in one house, until the elder sons got married and they got their own home. Im unable to find out whether the homes were rented or owned though.

Gallery Guru
From what my mother tells me her parents rented a room in a terraced house, each family had one of the four rooms and all slept in the one room. They took meals to the baker and he let people use his oven, no idea if he charged. It sounded like they were all very poor, had next to nothing, you could of course leave your door open as there was nothing to steal.
I know my mother and her sisters were taken into an orphanage some time just before WW2 and she says after her mother died her father wasn't allowed to be a single parent it wasn't the done thing then. I suspect that he was quite a bad alcoholic after his service in WW1 and that is the reason why. When they were old enough to leave the orphanage my mother could have gone on a shortened teacher training course as a lot of teachers had gone to WW2 but she would have had to stay in the orphanage until she completed the course. They farmed the girls out to mill towns or like my mother she went into service in a house in Leeds, her sisters went to work in mills in West Yorkshire. When my mother left the house she was working in she went to lodge with some people which I think was quite common then.
When her mother had died she had a paupers grave and my mother recalled that one body was just buried on top of another and sometimes you could see the body where the grave diggers had carelessly covered them.

Moderator
In agriculture there was a problem with tied houses. A farmhand answered the call leaving his wife & children. The farmer still needed someone to work the land & that person needed a place to live so the wife would be given her marching orders. Most people lived in rented houses & there is evidence in newspapers of the time about landlords seeking to make more money by putting rents up as the wife would now be in receipt of separation allowance. Very often The Soldiers and Sailors Families Association would help the wife out by going to the court with them. In those days SSFA volunteers were very much the middle & upper classes and so would know the judges & magistates. Not they they could influenced, of course!
I write down everything I want to remember. That way, instead of spending a lot of time trying to remember what it is I wrote down, I spend the time looking for the paper I wrote it down on.

A lot of big factories, potteries, steelworks, collieries, railways etc. had streets of very small terraced cottages that went with the job. Accompanied, usually, by abysmal rates of pay and conditions.

It did not pay to upset the gaffers. Lose your job - lose your home.

The BBC (I think) ran a series earlier this year In line with the WW1 commemorations. They focused on housing/woman working. An act of parliament went through prevent unscrupulous land lords upping rent as the husband was away/KIA.
"Gentlemen, despite your excellent
training, preparation and orders,
do not be daunted if chaos reigns.
It undoubtedly will"


Posted from the ARRSE Mobile app (iOS or Android)
I speak as a single mother & a junior doctor so you are morally obliged to agree with me, or at least be seen to agree with me to further your virtue signalling.

My grandad was mobilised in WW2 (off topic) as he was ex reg. He was working as a supervisor for a large blue collar company and the house went with the job. Despite the fact someone else took his position the company let the family keep the house on.

He was injured at Dunkirk but served on until demob in 45/46 then returned to his old job.

Gallery Guru
May be of interest. 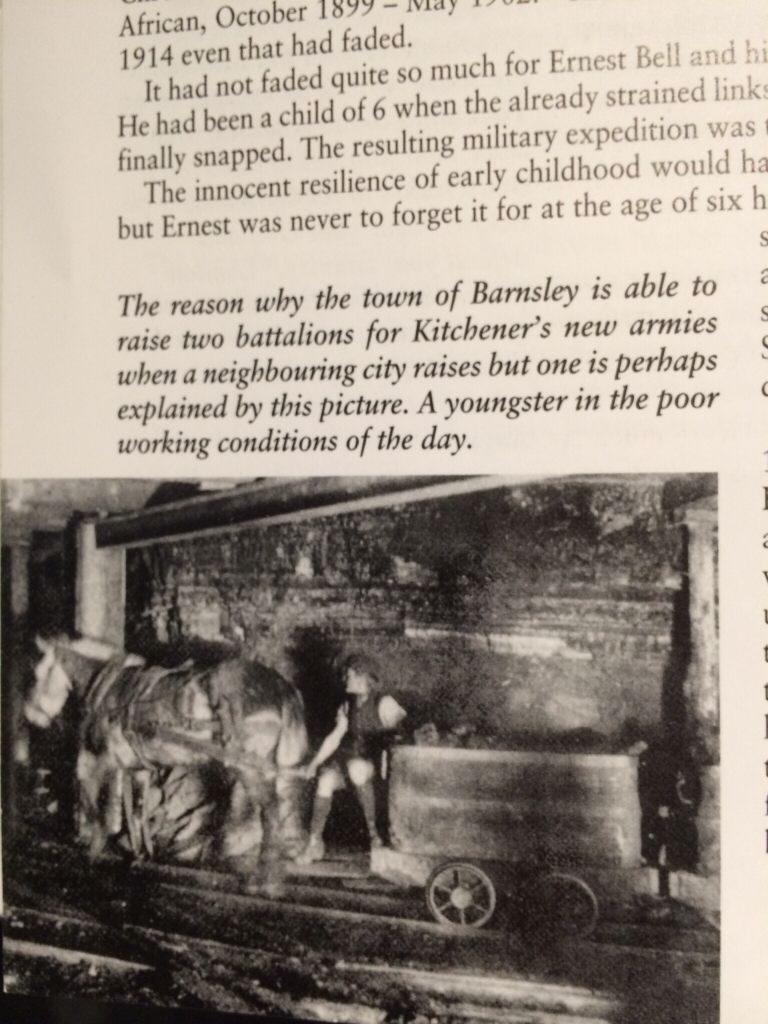 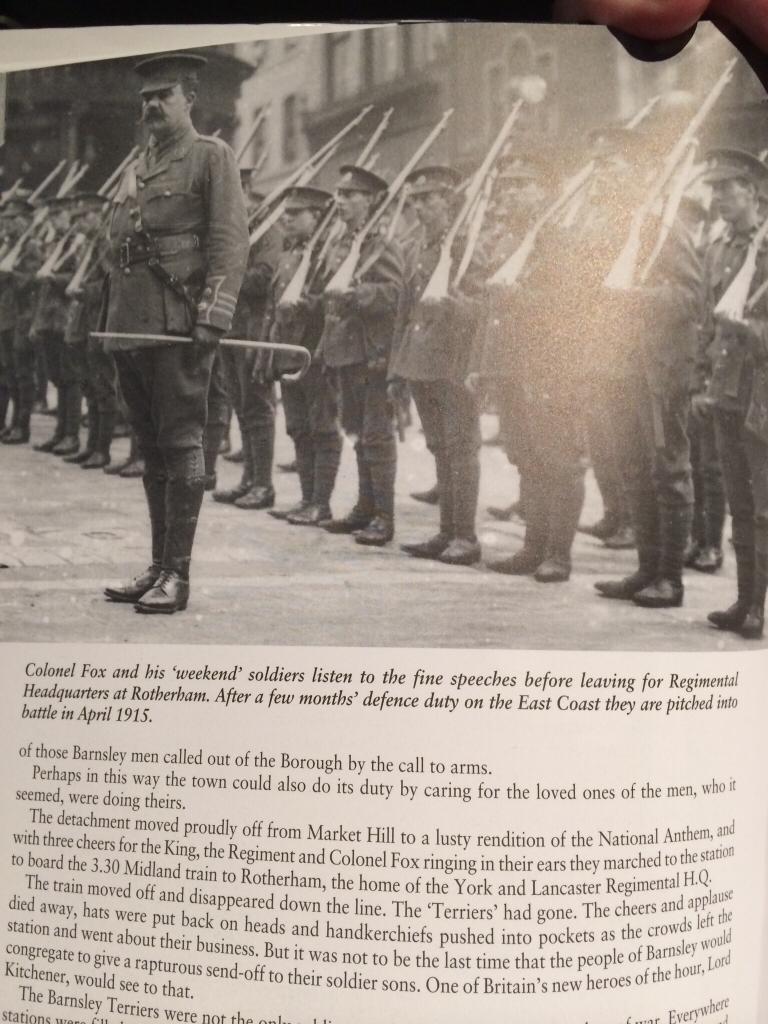 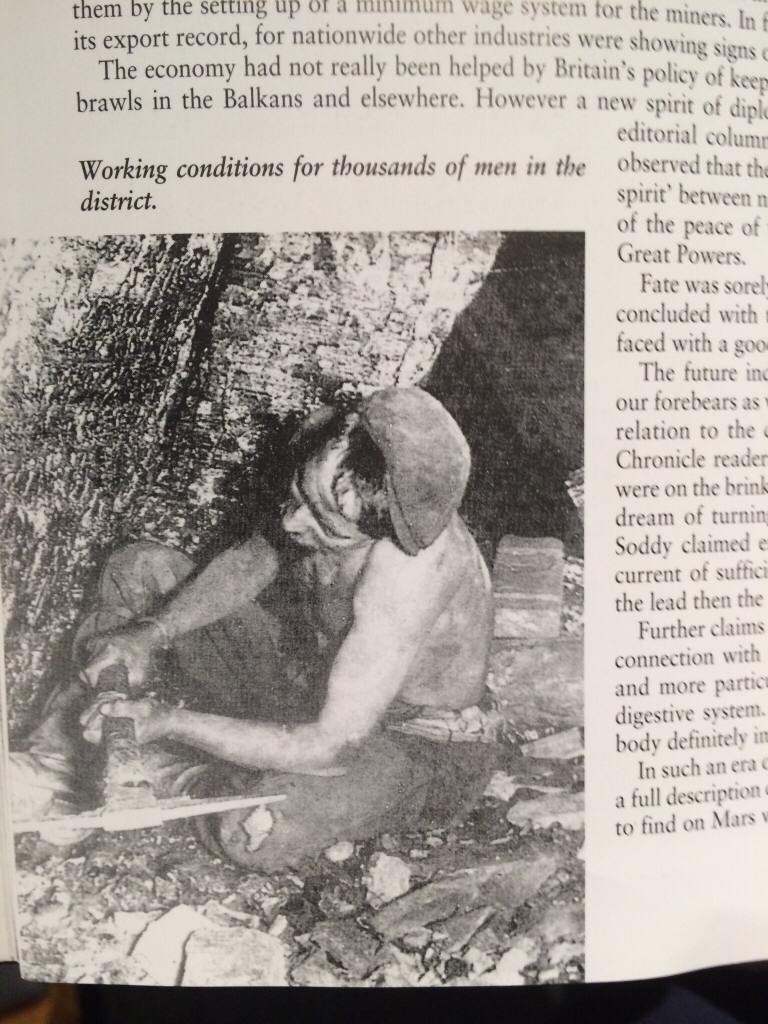 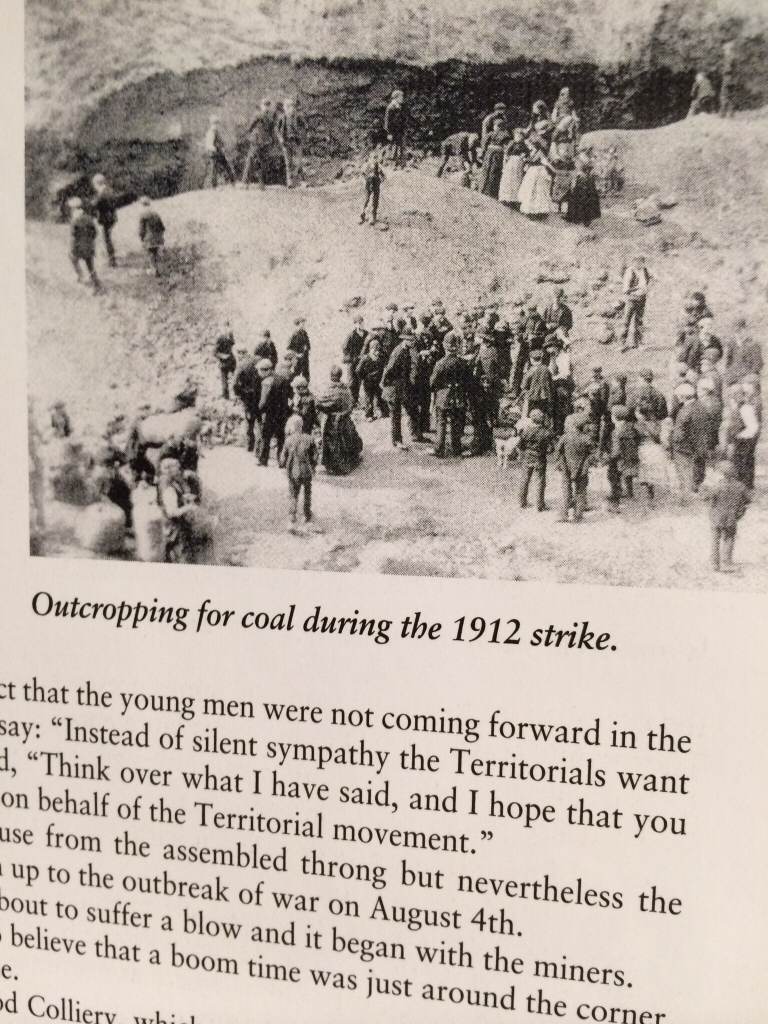 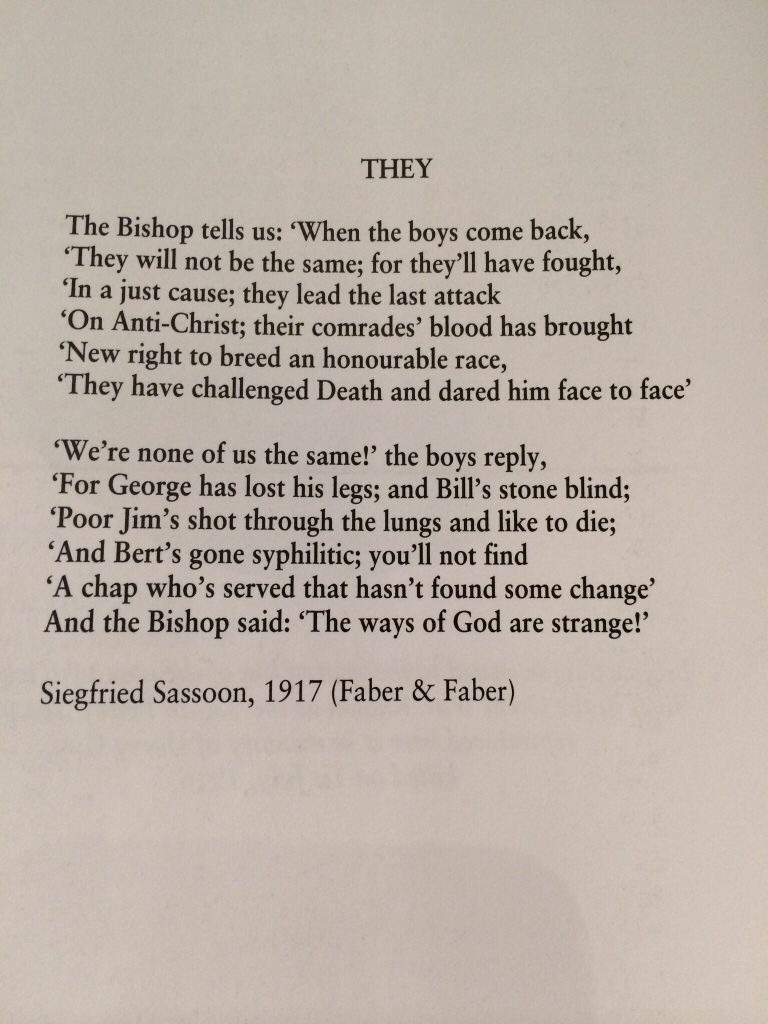 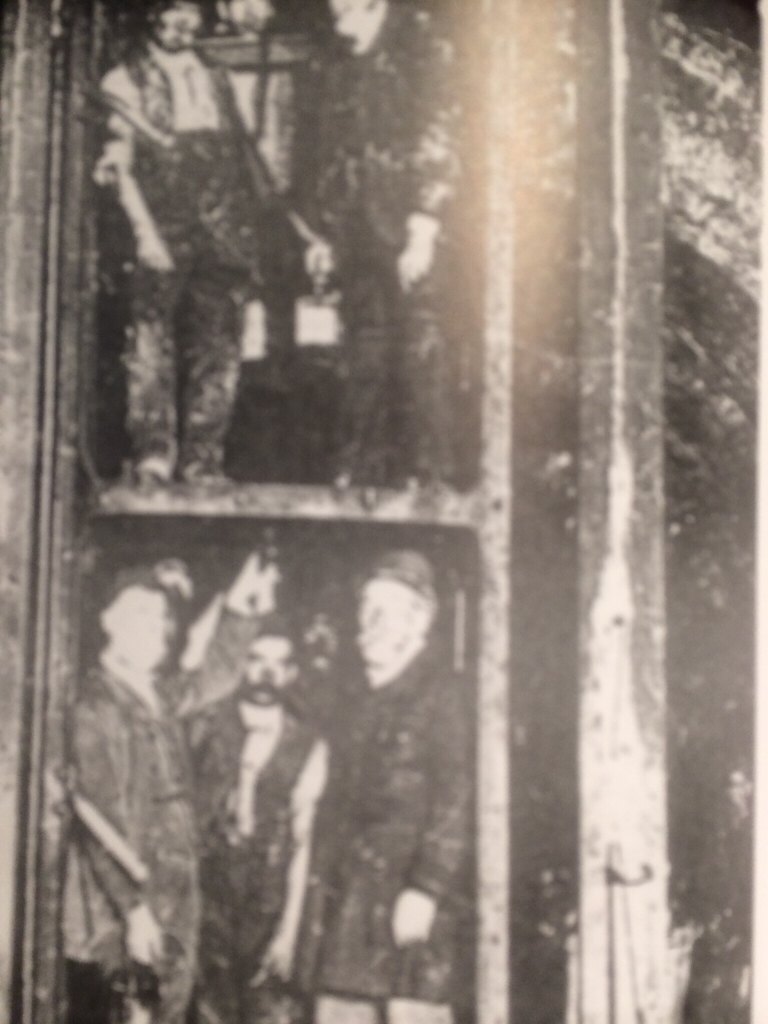 Posted from the ARRSE Mobile app (iOS or Android)

As elsewhere in Scotland, the workforce of Clydeside joined the armed forces in high numbers. In the first week of the war alone, the city of Glasgow recruited 22,000 men for the army, with ultimately 200,000 men enlisting.

With the loss of so many men to the Armed Forces, many women joined the workforce. By the end of the war, over 30,000 women were part of Clydeside industries.
Click to expand...

Welcome to the club Mr Ennis

Book Reviewer
what a superb topic .
A sapper with an idea is like a monkey with a hand grenade
G

oldbaldy said:
In agriculture there was a problem with tied houses. A farmhand answered the call leaving his wife & children. The farmer still needed someone to work the land & that person needed a place to live so the wife would be given her marching orders.
Click to expand...

Alternatively, if the new farmhand was single, he might be given the house with the other farmhand's wife and children effectively as his tenants. If it was a two-bed cottage, he'd take one room and the other bloke's family would all move into the other room; in a one-bed cottage, he'd often sleep in the kitchen, leaving the bedroom for the family. The wife would cook and clean to pay for her family's keep, nothing else was, of course, expected of her. Not all husbands were happy with this arrangement, so refused to allow it, nor of course were all wives happy, but needs must.

Book Reviewer
When did the army start providing MQ's then?
Three Active Blocked Arrsers
1/ 184461 - Believing the X-files was a documentary series
2/ Gray Fox - Being a Nazi (which is rather bad for a Russian)
3/ John_g - Can start an argument in an empty room (which is probably empty as everyone saw him coming)

This sort of thread is why I like ARRSE so much, some great info here, thank you all.

supermatelot said:
Not sure how to phrase this - I was wondering what the home ownership scene was like during WW1. My great grandfather lived in Barrowford, Pendle. Most homes were of the terraced sort. Did people tend to own their own homes in those days, or were the homes leased by the mills where they were employed?
What happened to the homes when people signed up to go off to war?

I have looked at various census records wrt my family and they all appeared to live in one house, until the elder sons got married and they got their own home. Im unable to find out whether the homes were rented or owned though.

Penny to a pound they were rented. Home ownership was a minority sport in UK until the 1960s. My paternal grandparents (I'm pushing 60, Grandpa did some service in the WW1 RN) lived their entire married lives (until they got old and went ga-ga) in a rented house with an outside loo and an old-school front parlour, in Sherwood, Nottingham.

I've recently finished cataloguing the histories of 97 men on our local memorial: pretty much the first thing that struck me, was how so many of them moved house so frequently, and how one particular house showed up as the address at one time or another, of so many of them.

Given that these were unskilled/agricultural labouring types, woodsmen, sons of hurdle-makers and vendors of firewood, grooms, gardeners, milk-carriers and the like - it's a fair bet they weren't moving house to inch their way up the property ladder. More like the family moving house as the domestic budget [or the landlord] required.
Last edited: 4 Jul 2014

Book Reviewer
One thing to remember that during WW1 for the poorest people conditions actually improved.
Although the men were away there was plenty of employment for woman.
There was food on the table and new clothes.
The Glasgow Landlords were probably trying to cash in on the fact the shipyards and steel industries were booming.
There was restrictions on boozing so wages weren't being pissed away.
Also when tanks banks were introduced to enable citizens to buy war bonds Glasgow raised £14.5 million pounds (over £800 million today)

It was somethuing my grandfather told me about WW2
Coming out of the Gorbals he actually enjoyed the Army
3 Square a day and money in your pocket.
We should remember the tremendous contribution of the Queen Mother to the war effort:
As the BBC pointed out, she 'bravely remained in London beside her husband' during the war.
This contrasts sharply with the actions of my grandfather who, on the declaration of war immediately left his wife and children and pissed off, first to France, then North Africa, Italy, France (again) and finally Germany.
The shame will always be with us.