Admin
Book Reviewer
We've just had this in by email which seems like an interesting idea.

First there was an idea.
What if social media had existed in 1914? What would a young soldier in the Territorial Force post on Facebook and Twitter? How would his friends and family interact with him?

And an objective.
To paint a wholly realistic picture of the First World War – both at the front and at home, which would engage all ages, but particularly younger people.

Then it became reality.
Walter Carter’s first post was in early March 1914 (2014). He was a porter at Clapham Junction during the day and a soldier at night, attending the Drill Hall in Battersea near where he lived. He was also courting his girlfriend Lily.

This unique not-for-profit project tells the story of Walter and covers the entire War, providing not only his own experiences but, importantly, those of his family and girlfriend back in England. Whilst the characters are fictitious, the story is entirely based on fact and is continuously checked by military historians both for accuracy and authenticity.

This project has now been turned into a book which is available on all the usual formats. We're getting a copy to review so hope to offer our thoughts soon! 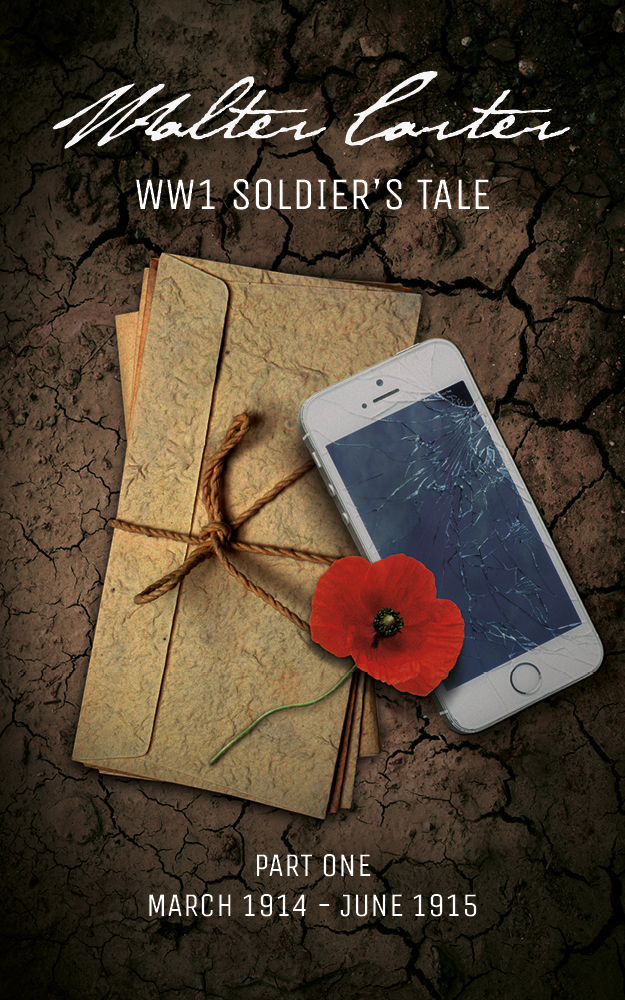 Enjoy the site? Received support from us? Why not click on an ad or two. You'd be surprised how much that helps!

"Dear mam. It's bloody muddy. Lol"
How Many Bears Could Bear Grylls Grill, If Bear Grylls Could Grill Bears?

Do they not realise that as soon as the bloke had disembarked they would have confiscated his iPhone and given him an OPLOC form to fill out???
I wear dark glasses so the coppers cant see my brain - Ian Brady, Child Murderer

Does the condensed version go

Moderator
As my great uncle was killed in one of the first gas attacks, 2 May 1915. I think it would be 'cough,cough,cough'
I write down everything I want to remember. That way, instead of spending a lot of time trying to remember what it is I wrote down, I spend the time looking for the paper I wrote it down on.