WTF is it with sellers/collectors ?

Hmm-it's got a distinct whiff about it.

The KTG Roll for QSA notes a Pte JE Nelson: 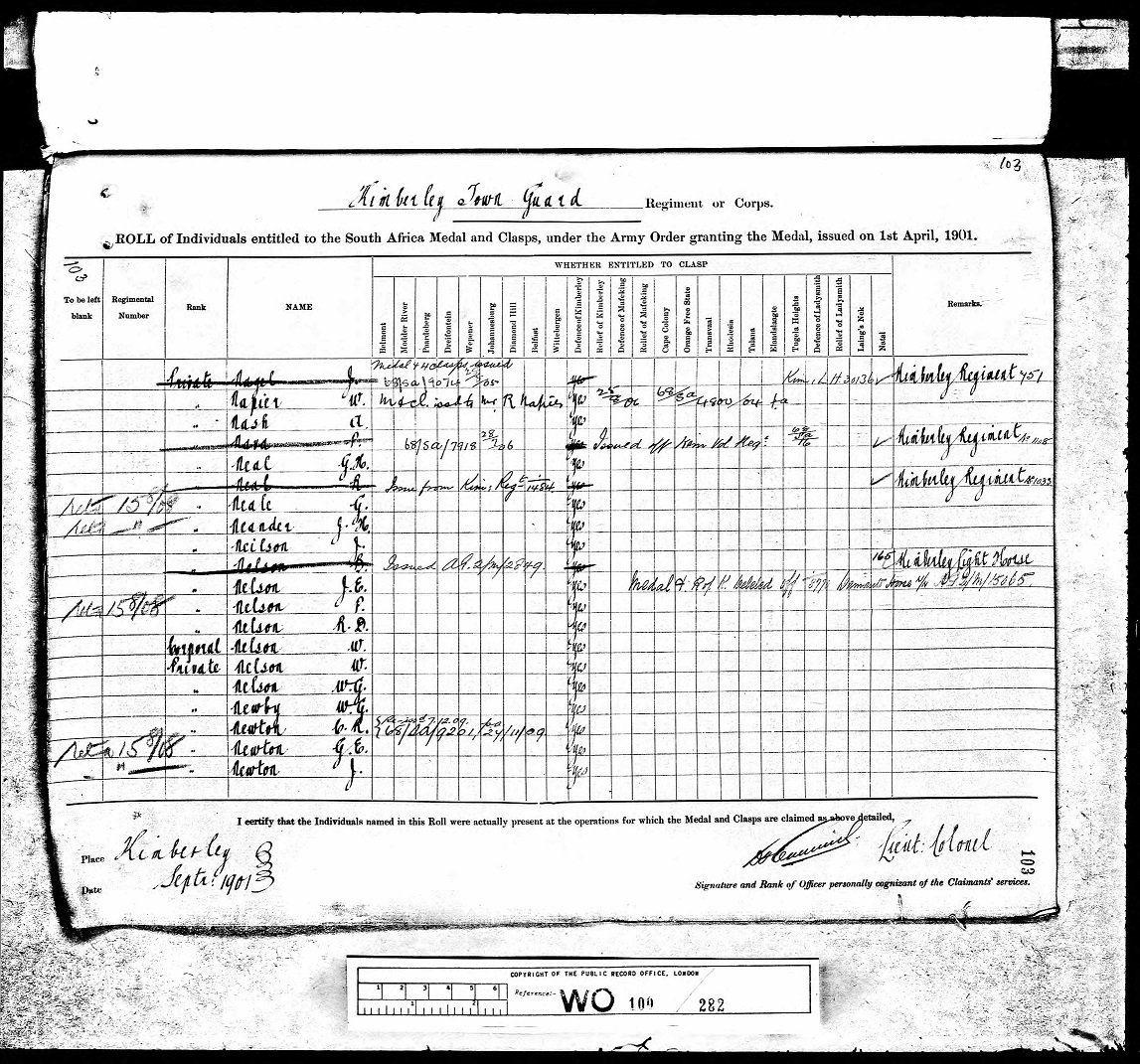 However, as should be the case for a locally raised defence unit, the primary clasp would be related to their community, in this case DoK. Note that there is a written annotation that suggests he also qualified for 'Relief of Kimberley' (RoK). As to the rest of those clasps? Well, they are doable if this chap then enlisted elsewhere with a different Regiment.

However, the image of the group tells me that the subsequent clasps are more modern additions, with only SA01 seeming to be a contemporary clasp. Again, it is possible that the clasp SA01 could belong to the medal as it was not authorised until after the initial issue of his QSA.

As to the general comment could this group exist, given the time span? Most certainly it could and I have seen similar groups to Saffers. Even if he was late 50s/early60s by WWII, his experience would have been invaluable in filling SA service-only posts, allowing younger men to serve operationally.

Why would anyone be interested in purchasing shlt they never earned?

Because the vast majority of British medals are named and, as long as enough historical records exist, the original recipient can be brought to life.

As 40C says, and the fact that some people like collecting things.
Whether it's medals, coins, cars stamps or bus numbers, someone, somewhere will have a kakhuisvol - just because they want to.
- #diymetoo
- Apparently some moderators take themselves very, very seriously, and cannot abide posts such as:
"If however you offer to moderate you may be a sanctimonious, unfunny pissflap to your heart's content."
- Some comments are allegedly "very very nasty and uncalled for."[/U]
- FISHMO