Thought I'd give this a whirl as its in open beta, and I was a fan of World of Tanks. I've been playing for a few days now, and I have to say, it's really good!

My World of Tanks career has been pretty shite at best, for some reason I can't get the hang of it. I have a few good games in a tank, then I'm crap, then I think it's the tank, buy a new one, rinse and repeat. Plus the premium ammo and all that gubbins which seems to ruin my day a lot meant I gave up playing it in the end.

Despite this, I gave World of Warplanes a go. I was fairly convinced it'd be the same thing but airborne, but turns out I was totally wrong.

Same set up, Germany/Russia/USA/Japan to choose from. You start with aircraft from the inter-war period, so old knackered bi-planes made of paper with a .22 air rifle in front of the cockpit, but things ramp up fairly quickly in the tiers.

I've started off choosing USA for my fighters, as they're pretty agile but hit like a train, and Germany for my Heavy Fighters. Focused thus far on getting through the tiers with just these two.

Currently up to Tier IV/V with both. Games are fairly standard in set up, you start one side of the map loosely arranged into squadrons, and then you're let loose. Scattered around the map are objectives, such as factories, AA guns and an enemy HQ for the heavy fighters and attack aircraft to go for (an optional extra for such aircraft are bombs of various poundage). Makes a nice change, and is a good point scoring alternative. The AA guns can really cause problems at times, so destroying the enemy HQ is a good idea, as it greatly reduces their effectiveness.

It's pretty intense at best, and tactics really do play a part. If you go charging into a mass of enemy planes in a heavy fighter, you'll be outmanoeuvred and slowly shot to bits. Instead, you have to wait for opportune targets, obliterating them in a hail of 30mm rounds. At the same time, you can take an absolute beating, so can afford to cruise around the furious aerial confrontations picking targets at will. Anyone foolish to follow you is usually deterred by your rear gunner, which will auto fire at trailing bogies providing you give them clear LOS and avoid incoming fire. In my Messerschmitt BF110 I'm often finishing 4-0 and the highest scorer.

Fighter wise its a different ball game altogether. Most people go charging straight in and have it out, but I keep my altitude and wait until the enemy start tailing friendlies (the easiest time to score a kill). Dive in, let loose with all guns, which in my Curtiss P36 Hawk equates to 4 x Browning 7.62mm guns and a couple of 12.7mm nose mounted guns. Enemy fighters pretty much vaporise in the initial volley, which is a delight.

Battles in the skies can get very crowded and very hectic, and its very easy to collide with enemy and friendly planes alike. In fact collisions are very common in most games, and unfortunately sometimes its intentional on the part of the other player ('kamikaze' players) because they can't get kills otherwise.

Anyway, in summary its a great game if you're bored of world of tanks and fancy something faster paced but with the same quality of game and mechanics. All World War II oriented, a they're hoping to create super-servers out of World of Warships/Tanks/Warplanes when they're all up and running.

Joystick needed or is mouse axis enough?
How Many Bears Could Bear Grylls Grill, If Bear Grylls Could Grill Bears?

Mouse axis is fine mate, in fact the control is great. Not traditional 'flight sim' set up, you point the mouse and the plane will adjust that direction. W will boost your engine (which obviously can overheat), S will slow your airspeed. You can set stuff up to be more manual if you like, but its hard enough shooting stuff down let alone flying the bastard thing!
_________________________________________________
"If at first you don't succeed... excessive force is probably the best answer."

Kit Reviewer
I played it a bit at E3 but I've never been a fan of flying in games, so even though I got accepted into the closed beta I haven't actually played it properly! I might set it up soon but with another Steam sale on I've got even more games to take up my time.

That, and I've just downloaded Ghost Recon Online which may or may not get me hooked.
BrunoNoMedals: Watery-eyed dealer of paperwork.


swordman said:
The Company never came out of action until they reached Bremen. The only time we lost contact with the enemy was when they ran faster that we could catch them.
Click to expand...

I played a bit in closed and open beta, yea not bad. As a novice you don't know what the hell is going on and fly round in circles getting killed.

The tier system is just the same as in world of tank, there is not more fun to be had at 8th tier as there is at 3rd, true dat! Just you have a bigger plane, but so does everyone else!
Insert funny thing here -

Gave it a bash yesterday. It's quite fun once you learn not to die.
How Many Bears Could Bear Grylls Grill, If Bear Grylls Could Grill Bears?

Without women, life would de a pain in the arse.
H

Prefer War Thunder for this sort of thing.
But the essential arithmetic is that our young men will have to shoot down their young men at the rate of four to one, if we're to keep pace at all.
D

The minus is that it is very, very difficult for newbies, I mean almost impossible and you need a joystick and head phones and lots and lots of practice.

Bbeen trying this out for a couple of days. Its fun but sometimes the mouse control makes shooting a bit finicky accuracy wise. The 2 above or below tier MM is back but in WoWP its a bit harsh at times as for example the P=36s Im facing in my tier 2 Arado are way out of my league. Fun however.
Barclays Fantasy Football 2017/18 ARRSE Champion
D

So really realistic then? 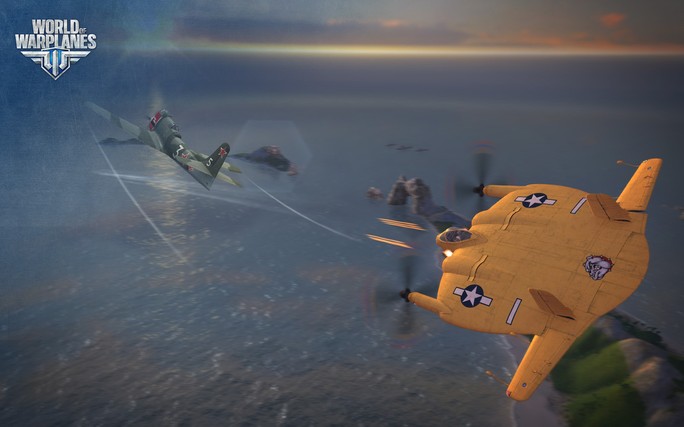 Downloading now to give it a bash, do I need a monocle and silk scarf ??
ARTE ET PARTY

two-four-albert said:
Downloading now to give it a bash, do I need a monocle and silk scarf ??
Click to expand...

You just need a pathological fear of women, physical activity and the outside world.
"Two in the goo, one in the poo".

I've got circa 5 tier V planes now. You can work up to tier V quite fast but the grind to VI just pisses me off so I start another line.

The Russian ground attack planes are fun. The Tsh-3 is hilarious. 10 x mgs in the wings. Handles like a flying brick, fast as a cow on mogadon, massive hit points, creams anything that is stupid enough to come at it head on.

Now have the LBsh which is probably the worst in the game, just 2 x 20mm, grinding for the IL-2.

Surprisingly the German fighter tree is very good! ME109 ahoy!

Stan_Da_Bout said:
I've got circa 5 tier V planes now. You can work up to tier V quite fast but the grind to VI just pisses me off so I start another line.

The Russian ground attack planes are fun. The Tsh-3 is hilarious. 10 x mgs in the wings. Handles like a flying brick, fast as a cow on mogadon, massive hit points, creams anything that is stupid enough to come at it head on.

Now have the LBsh which is probably the worst in the game, just 2 x 20mm, grinding for the IL-2.

Surprisingly the German fighter tree is very good! ME109 ahoy!

Oh, if you don't already 'service' your guns with explosive rounds.
Click to expand...


Very quiet today in Casablanca mate, not seen the donkey since I moved into the city, better on the piss in town

I'm tempted by the ME109z rather than the Hornisse, just because it looks weird but the Hornise is better on paper.
Insert funny thing here -