When you sup with the Devil...

It was just posted to give everyone a "knowing smirk" first thing on a Friday morning, but...

Perhaps it "is a story" if there is something / someone out there, in Gaza, thinking that Hamas are a little too "light" and fluffy. They aren't a group I've heard much about, but it seems it could be a trend, doesn't it? Try to find an accommodation with one group and something more "hardcore" crawls out to fill the void after the former moved to the "political" stage - PIRA and Cont. IRA?

Well, all I know is that Gaza is not a place to hang around particularly for a white chap. There is constantly some sort of violence going on there, and to be honest, this really comes as no surprise....and we will see it again as there seem to be no end of hippy tree hugging types who want to go and help these people.

Best any hippies read that first prior to dusting off the shemagh.

Or Google Norman Kember who was highly likely to end up like poor Ken Bigley (different place, but Kember was another fool).

Al Jaz had some top footage of the hamas securirty forces conducting an arrest enquiry for suspects in this Italian gent's murder.

I don't think there's PACE out there.

Oh yes, Big Boy's Games.....
Every word in Arabic means itself, it's opposite or a camel (ie, "rash; to eat much/to eat little/a camel hairy behind the ears)
"Yemen" by Tim Mackintosh-Smith 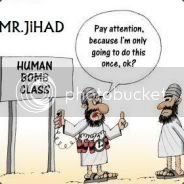 Further reports on this neck of the woods.
Every word in Arabic means itself, it's opposite or a camel (ie, "rash; to eat much/to eat little/a camel hairy behind the ears)
"Yemen" by Tim Mackintosh-Smith

Vittorio Arrigoni was a fierce critic of Israel but it is Palestinians that killed him. The 36-year-old was a passionate defender of the rights of people in Gaza and Palestinian friends have opened a mourning tent in Gaza City.
Click to expand...

Irony.... somehow I doubt he would have met the same fate in Israel.
Three things generally happen when you meet someone unlike yourself:

1. We try to clone them and make them like us.
2. We reject them and push them away.
3. We find common ground and a place of agreement.

Yet in all three we assert one fundamental concept, that we are right.

What if when we encounter someone unlike us we seek to see ourselves through their eyes and become open to the possibility that we are wrong?

I'm sorry for the guys friends and relatives and don't wish to speak ill of the unfortunate dead, however, I would add that "Threat Assessment" should be a compulsory study subject for all those of a Lefty, tree-empathic bent.
Politically correct doesn't mean morally correct

No surprises there. they do it to their own as well. From what I hear west bank is eating it's self. If it wasn't for the "iron hand" of hamas and the Institutional hatred of Israel. palestine would have been the 1st arab state to kick off a la Tunisia. Except....
Haven't had an accident in years. See a lot in my rear view mirror though.

The salafis killed him not the Hamas nor the Palestinian people as a whole. Salafis can be seen as the Armed version of the Anjem Choundries sort. Plus, these criminals have been attacked and expelled by the Hamas government on a number of occasions.

The problem with Islamists is, especially the Salafi sort, they blend very easily with the locals but I am sure MAC's and the Anjem choundries are not very hard to miss in London haha.
"Tiresome investigators have undermined this excellent tale, but it certainly should find a place in any history worthy of the name. If Pathans themselves are in doubt, or hanker after more traditional forebears, let them remember that Herodotus was the first to call the people around Paktuike the bravest of all the people in those parts."

i think there might have more than tree hugger cleansing on the agenda, not least because nothing similar has happened afterwards in gaza, and that's not because they've opened another mercedes-benz dealership there, or those poor people are too busy putting up covers on the swimming pools, or they are building one of the largest shopping malls in the middle east.

once mubarak was removed from power in egypt those groups that had assasinated sadat, and had made attempts on mubarak were suddenly legal. during their illegal status in egypt one of their highest profile operatives, an abu-omar, was kidnapped in milan. a joint operation between the italian foreign secret service and the CIA. indeed his rendition flight went through egypt. other things happened as well.

these factions, as is their mo, have instigated a revenge, and as is the mo, franchised others as the trigger-men. as another killing has not happened to any other foreign tree-huggers in gaza, the useful idiots who are the au pairs of institutional terrorism (the blond girl from a council estate in england who is involved with one of the guys there, and who does the dishes at the family villa, and believes, for the cause, is a real status symbol, much better than a mercedes and a chromed ak), then i might presume that this tree hugger, now that mubarak's regime protection was removed in gaza, was in fact SISMI (italian secret service).