What is this gun?

Stay behind after the internet and write out AR15 100 times.
M

Well the unit badge is Mosses de Esquadra of the Catelan Police which should make this the FN SCAR compact.. although the stock details don't look correct....

Ryder02 said:
It’s not France - that is Blackpool and they have nicked them from one of the stalls in the amusement arcade.


Sent from my iPad using Tapatalk
Click to expand...

That pair of Grenouille fuzz are toting their country's version of Ruger's Mini-14, as seen here in Gun Jesus's website: 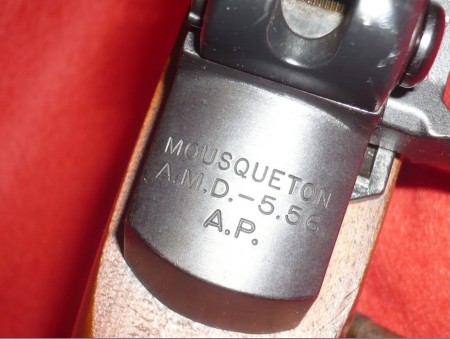 Current events are not typically something that Forgotten Weapons is going to comment on, but the recent unpleasantness in France has brought to light a firearm that folks may find interesting &#82…
www.forgottenweapons.com

5.56mm NATO calibre. Getting shot by one of those is going to spoil your day.
If something doesn't fit in a hole, then one should stomp, stomp, stompity stomp on it until
it does, then walk away whistling "Spanish Harlem"

Effendi said:
These buggers make your eyes water when you get hit with one and it is not just the effects of the pepper in the pellets. 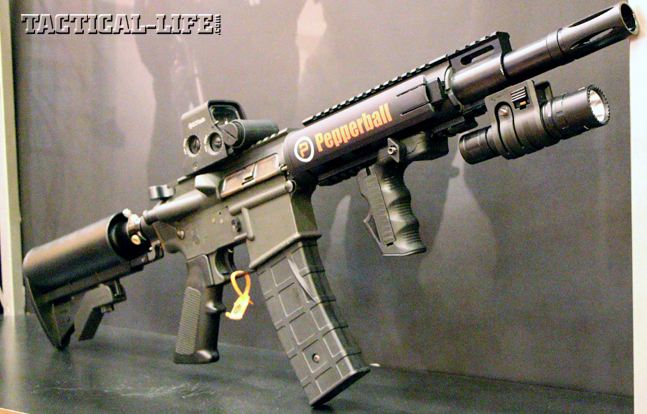 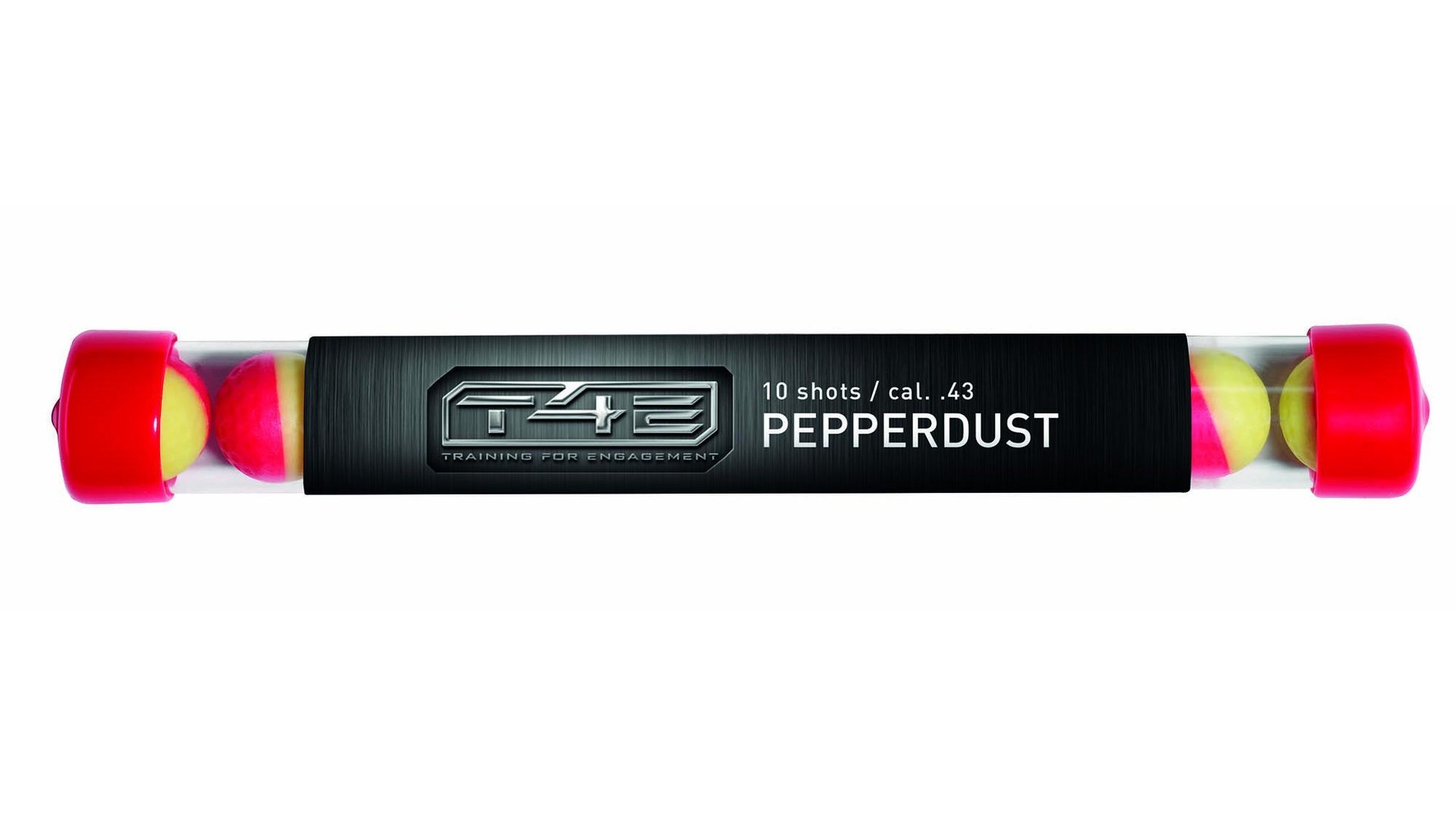 What are the features of this type of weapon? Is it like a stinging bean bag?
Her Majesty's Press Corps.... only the innocent (and members of the House of Lords) have nothing to fear.

bigeye said:
What are the features of this type of weapon? Is it like a stinging bean bag?
Click to expand...

Are these non-lethal ammunition loads examples of excessive cruety? Or are they OK in the hands of a seasoned shooter?
"Hurrah for the Works Group" just doesn't have the same ring...

bigeye said:
What are the features of this type of weapon? Is it like a stinging bean bag?
Click to expand...

Do you know what the paintball pellets are like? Basically gel like ball's that for paintball contain paint and in this case contain a pepper powder. The SOP for deployment and use is that the firer aims for the chest area, the pellet strikes (hurts like a bugger and can bruise) and then bursts causing the pepper *1 (PAVA is also available) to rise into the rioters face.

The pellets originally started out the size of paintball pellets (.68 & .50) and standard paintball guns with the hopper on top were used as the means of delivery. Then about 10'ish years ago RAP4 came out with some training paintball gun's which looked like real weapons and in order to look and feel right had to use slightly smaller paintballs (.43). So the things that are trotted out nowadays look more like real weapons and are probably bought because cop's don't want to look like they are off to play a game of paintball.

If you look back through some of the old WTO talks footage from Seattle back in 1999 the paintball guns were used there against the protestors. The cops were formed up in ranks and the paintballers were stood to the rear slightly raised picking off protestors.

What is this gun?

Google it, you idle wretch.

It's Beretta ARX-160, a carbine that was adopted by the Italians yonks ago, and was part of the US carbine trials. Given the location of the piccy, outside of Milan Cathedral in Italy, I'd put money on my conclusion. 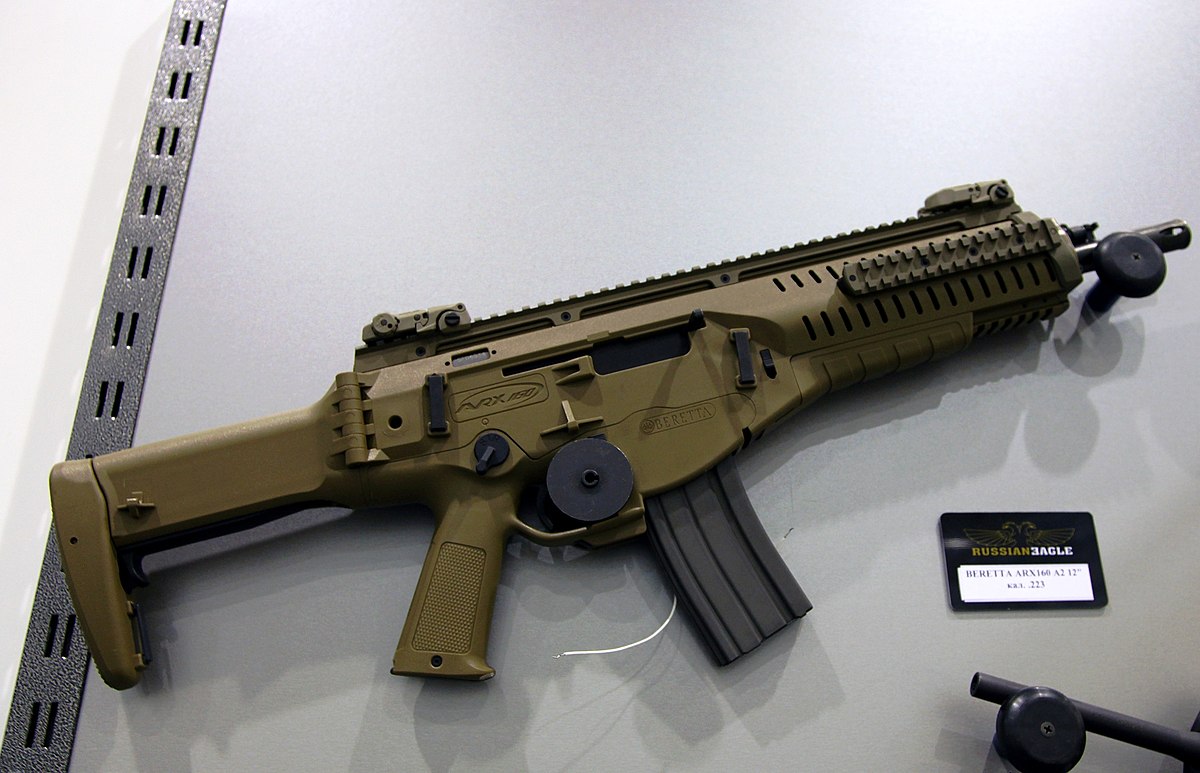 It's not the ARX-200, as that is a 7.62mmX51mm battle rifle version - given that the piccy shows what appears to be a STANAG-compliant 5.56mm NATO magazine.

I thought having egg on your face was just an expression...

What is this gun and the tube on it? 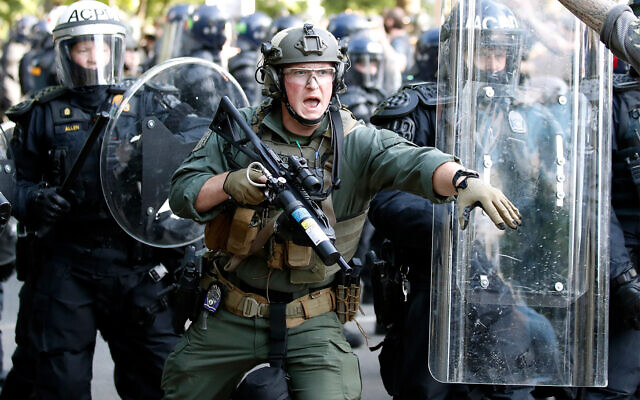 Maalox said:
What is this gun and the tube on it?

FN 303 riot gun - the tube is for compressed air.
"To spit on your hands and lower the pike; to stand fast over the body of Leonidas the King; to be rear guard at Kunu-Ri; to stand and be still to the Birkenhead Drill; these are not rational acts. They are often merely necessary."
-Pournelle
M

Maalox said:
What is this gun and the tube on it?

Not sure about the gun but the tube is some hyped up cop who thinks he's in Mogadishu.

Talking about tubes, are the tubes on the guns of these North Korean special forces also compressed air? 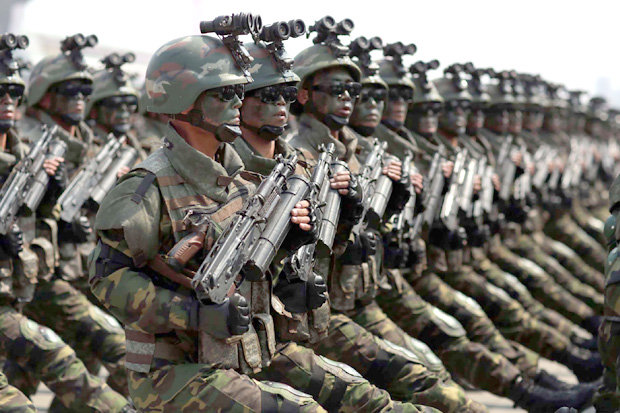 Mike Barton said:
Not sure about the gun but the tube is some hyped up cop who thinks he's in Mogadishu.
Click to expand...

Maalox said:
Talking about tubes, are the tubes on the guns of these North Korean special forces also compressed air?

Maalox said:
Talking about tubes, are the tubes on the guns of these North Korean special forces also compressed air?

Currently used for suppressing the free press and kids stood on their front porches wondering why riot police are running past when theres no riot. But only if presenting no threat to life or property.

Oh and pregnant women, increasing the rate of fire once informed she pregnant.
Last edited: 2 Jun 2020
Sinner/theiftaker. Replacement Account
Not bugsy for the hard of thinking
After a lot of "Anger management" and therapy it seems I am just a horrible human being.

Nothing stopping you keeping your paintballs in the freezer. Lot of Saffers have them for home defence and do that to add a bit of punch. The paintball guns are used to avoid having to hand in firearms to the cops if they do shoot someone breaking in. Firearm is last line of defence kind of thing, because no one trusts SA cops any more, so most would rather not give them an excuse to sieze a firearm which will highly likely get 'lost' in the system and getting it returned will just be met with shrugs and a good stiff ignoring.

Meanwhile, chances are good the siezed firearm will go straight out the back door to criminal gangs the second any court proceedings are done.
"Justice tastes like hairy Bovril!" - The Righteous RTFQ

Goldbricker said:
Helical Magazines for the Type 88
Click to expand...

I didn't know there were such things.

Our inventions are wont to be pretty toys, which distract our attention from serious things. They are but improved means to an unimproved end, an end which it was already but too easy to arrive at.
You must log in or register to reply here.