What film have you just watched?

single malt said:
You are her Top Gun tonight then
Click to expand...

Negative fly by. The pattern is full.

DK27 said:
As long as we have our "that rifle" with a magazine of 20 rounds load the Russians should be concerned.
Click to expand... 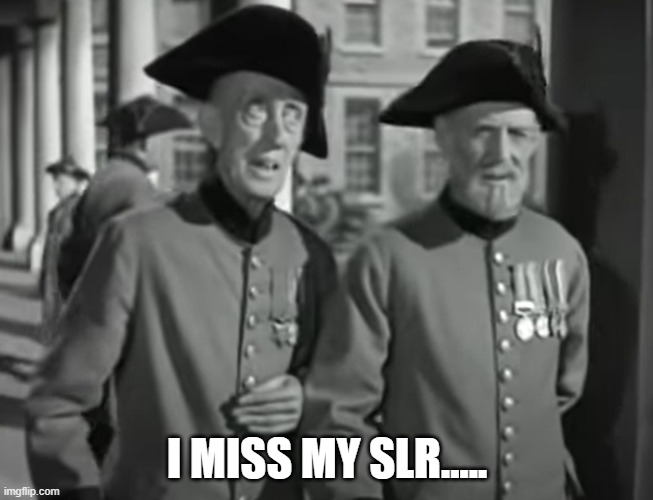 DK27 said:
Negative fly by. The pattern is full.
Click to expand...

PERSEC where did you get my picture?

single malt said:
Vector 69 up and at em
Click to expand...

I feel the need. The need for speed! Pity I am more like a Sopwith Camel than an F35.

DK27 said:
I feel the need. The need for speed! Pity I am more like a Sopwith Camel than an F35.
Click to expand...

Mine. USMC sniper team do their thing, trog to an RV through the North African desert. Spotter goofs off after they find a warning sign and gets zapped. Sniper steps forward, hears a click from underfoot. Spends an age with his foot in one spot. Load of tonk - is he being attacked by hyenas or is he imagining it? Is he brought water by a Berber villager or isn't he? Is he really at home pissing his wife off or is he really in the desert?

Meh.
Never in the field of human conflict was so much towed away from so many by so few.

Errrrm, Roger the cabin-boy surely ? Oh, or was that something else . . . ?
NULL

truck_trasher said:
Errrrm, Roger the cabin-boy surely ? Oh, or was that something else . . . ?
Click to expand...

Captain Pugwash Walt. Or is it Seaman Stains?

kelvin_273 said:
Last night. The Accountant starring Ben Affleck.
Affleck plays an accountant who because of his aspergers or some such condition is a brilliant mathematician and has a reputation for cooking the books for some very dodgy people.
Naturally there's much more to it and you'd think that Affleck is more of a hit man at times.
His preffered method of seeing off the bad guys is a double tap to the face, nice. He doesn't like to waste time with unnecessary brawling etc.
Very enjoyable with frequent flashbacks to his childhood to explain how he became what he is.

Sam The Bam said:
I liked him in the film Unforgiven.
Click to expand...

Good thing you did, otherwise you'd be saying you've never forgiven him for unforgiven
Join me at Torn-City - MMRPG , meet interesting people and put them in hospital, so join up here: https://www.torn.com/2322286

Careful on that milk float

Join me at Torn-City - MMRPG , meet interesting people and put them in hospital, so join up here: https://www.torn.com/2322286

And remember if any other member of your family should die of Coronavirus whilst in your house put them outside, but remember to tag them first for identification purposes
M

Still one of my all time favourites films.

It wouldn’t miss you.

'Up in the Air', having been commanded to watch by the Netflix Brainwash Utility. This stars Clooney and that bird from The Accountant, who's actually quite good in this. Clooney, though normally considered by me as a a smug and annoying cont, is also quite good*. The flick, however, is very American, with an American background, American issues and American sentimentality infusing the whole. I suppose that it could translate quite well to anywhere else in the commercial world, mind.

It took me back to a meeting in a klasse resort bar in upstate Toronto, on a company breakaway (or whatever they called it) when I was with a couple of my rather more exuberant companions (Irish and Canadian FFL types) and two sassy local ladies (not tarts); I quickly excused myself as the conversation, from the first word, was Arrse/Naafi bar-like and it was clear what those parties wanted and would get. You wouldn't expect that scenario in any of the Gentleman's establishments I usually patronise.

Not the sort of film I'd normally be drawn into passing the time (no explosive bleeding, death threats or battleship action) but worth the watch.

Bored at work so stuck on London Has Fallen to watch for the umpteenth time.

Obviously such films require you to suspend reality for the duration though the fact that you're expected to believe that two terrorists could infiltrate a platoon of the 'Queen's Guardsmen' without anyone questioning it is bemusing.

Other than that enjoy the bangs and bullets in between Aaron Eckhart and Gerard Butler noshing each other off (wouldn't surprise me if Gerry let the wife die in the first film as she grew suspicious of their bromance).

The Man from Toronto on Netflix.

Woody Harrelson plays a mysterious torturer for the criminal underworld who by a quirk of fate is mistaken for Kevin Hart, who is taking a break from his usual roles and is playing an annoying, bong eyed mong.

The FBI have asked KH to carry on the masquerade as the titular Man and much hilarity ensues . . . . . if you're undergoing brain surgery.

Dire beyond belief and poor old Woody must be short of cash or Netflix have compromising photos of him.
I identify as cis-gendered binary male.
My pronouns are 1001/0101

J.A.S. Backpack said:
Dire beyond belief and poor old Woody must be short of cash or Netflix have compromising photos of him.
Click to expand...

I'm inclined to believe at least one of those statements is true given his recent 'performance' in the latest Venom flick.

What a decline from Natural Born Killers or No Country For Old Men.

What advice would you give to the next Prime Minister?
3 4 5

C
Court request form - Viewing of the other side's evidence.