What film have you just watched?

Good acting from a cast that looks spot-on for the most part in terms of general body type for tank crews of Russian origin, i.e. short, but as I said in my last post, it's madder than a box of vodka-laced chocolate frogs.

The third act, as we movie snobs call it, is rather odd, and GröFaZ shows up at the very end of the film.

I'd give it five weirdly-shaped Russian tank-crew helmets out of five, even with the weird shit.
Click to expand...

I came across " White Tiger " by chance on YouTube last year agree a fantastic and strange film .
Last edited: 28 Feb 2021
There are those who know .... those who don't know .... but the most annoying , outspoken and dangerous are ....

Death Sentence - when JCVD was in the 80s action club and did some damn good 80s action flicks.
I don't respect your opinion and I don't care if you're offended.

NSP said:
A Call to Spy. Based on the true events surrounding the insertion of the SOEs first female agents into France doorin' th' woar. Not bad. CGI Lizzie was a bit dodgy coming into land, though.
Click to expand...

Had the misfortune to watch this over the weekend as the snippet which Netflix shows as you peruse their listings made it look quite tense. The story, of the early days of the SOE's recruitment of female agents and their experiences in France, makes on the face of it for excellent viewing as it's solid history which deserves publication.
Unfortunately there were so many things which made my teeth itch that I could't get into it properly. For example, the main SOE agent and her French contact sitting in a restaurant in France talking unguardedly about her parachuting into the country, having been warned that collaborators and informers were everywhere. Really? Ok. Or the main female recruiter standing at her office window gazing out at the 1941 London ablaze with lights. Blackout? Nah. Or the 'Colonel Buckmaster' character wearing Major's crowns throughout. Or the scene as the French train chugs our heroine slowly to safety through a bright blue summer's day with half a dozen jet contrails all over the sky behind it. Or the second female agent character being captured, taken to SS HQ and being placed, unguarded, in a room where she can just open the window and try to escape. Or the cartoon-character SS interrogator who looked about 13 and whose accent was "Ve haff vays off making you tok" when all the other Germans spoke normally.
A decent plot let down by lack of attention to detail and, I suspect, budget. At 2hrs long it drags.

oscar1whisky said:
On Netflix, Fauda, an Israeli series about a special forces team and their adventures in the West Bank and in Gaza.
In Hebrew and Arabic, with English subtitles.
An interesting look at the mindset of both protagionists.
Includes violence, sex, injury & death, drug abuse, tidy women, while the " hero" is a tubby, balding, middle aged bloke.
Ideal for arrsers, then.
Click to expand...

Thanks for giving me a nudge to watch this - it's been in my wish list for awhile. First two episodes watched and it is OK.
retread2

It's an amalgam of film taken by the team themselves during the operation planning, complemented by actors and support helicopters activity to flesh out the action factor.

Commissioned by BBC Scotland and due its premiere at the Glasgow Film festival on 7th. March. I've seen the trailers and to be fair, they are pretty epic.
The artist formerly known as Bob_Lawlaw

oscar1whisky said:
To the Lake, a series about survivors of an epidemic fleeing Moscow and heading for an island in Finland, while avoiding troops who are wiping out surviving villages.
Click to expand...

Book Reviewer
I watched an Arnie film last night on Netflix but I’ve forgotten the title, it was bad.
Something to do with ten million dollars going missing and a unit of undercover agents who were a SWAT team on drugs, whatever the film was called if you read a synopsis that includes that don’t, just don’t watch it. You have been warned.
In the beginning the Universe was created. This has made a lot of people very angry and has been widely regarded as a bad move.

Gout Man said:
I watched an Arnie film last night on Netflix but I’ve forgotten the title, it was bad.
Something to do with ten million dollars going missing and a unit of undercover agents who were a SWAT team on drugs, whatever the film was called if you read a synopsis that includes that don’t, just don’t watch it. You have been warned.
Click to expand...

Sabotage.
I don't respect your opinion and I don't care if you're offended.

That’s the one. Pity the making of it wasn’t sabotaged!
In the beginning the Universe was created. This has made a lot of people very angry and has been widely regarded as a bad move.

Simmerit said:
Thanks for that - I’ll give them a go. Any recommendations
Click to expand...

Simmerit said:
Mixed bag of my fave film and tv

Fortress of War, about Brest Livtosk (can't spell it)

Penal Battalion, kind of a Ruski band of brothers TV (that was on another free to view site which I can't name)

Life and Fate, about Stalingrad, some trapped in a house/salient and a scientist though I don't know why he was in the story, it's Russian so work it out for yourself I suppose.

Snow And Ashes, half way through at the mo

Kasym, watched it and can't remember much except they show the box heads side (vicous murderers) collaboration and heroc Ruskis.

Seen 9th Company and loved it

There's others on Netflix too I don't have BBC or ITV so the licence fee goes on Netflix and Prime.

The Kingdom is a must. Absolutely fab. Third series due soon.

The King which is a bit weird, kind of like Alice in Wonderland with a dimension travelling usurper who kills himself and has half a magic flute. Not finished it yet as you have to give it your full attention or you miss things.

There's one about S Koreans infiltrating the North to seize Harbour installations before McArthur's invasion. Can't remember it's name.

There's another couple, 1 about some cops taking control of a block of flats, very violent 2 the original of The Departed called Infernal Affairs(?) much faster and better I think than the septic remake.
Click to expand...

HCL said:
Edit don't know what happened there but my reply got mixed up in the quote of @Simmerit
Click to expand...

The Kingdom is a must. Absolutely fab. Third series due soon.
Not quite a third series, the series ended at season 2, the new series is about what happened on the journey to find the source of the plague, they call it a "sidequel", it'll still be worth watching as the series proper was excellent.
"It's not the bullet that's got my name on it that concerns me; it's all them other ones flyin' around marked 'To Whom It May Concern.'" -Unknown
People sleep peaceably in their beds at night only because rough men stand ready to do violence on their behalf - George Orwell
Si vis pacem, para bellum 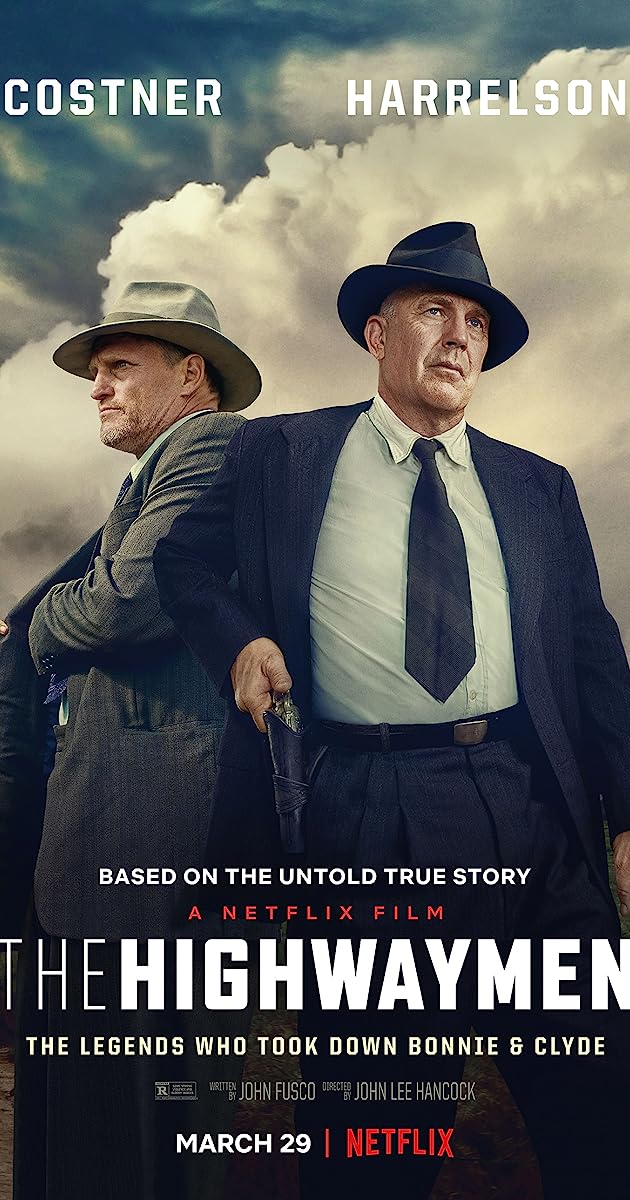 Nicely paced film from the other perspective - great performances and well put together.
If you're with a group of people and you can't work out who the idiot is, keep your mouth shut.

Nicely paced film from the other perspective - great performances and well put together.
Click to expand...

Brilliant film. Netflix only, which is a bit annoying because reasons.
If something doesn't fit in a hole, then one should stomp, stomp, stompity stomp on it until
it does, then walk away whistling "Spanish Harlem"

Nicely paced film from the other perspective - great performances and well put together.
Click to expand...

I’m not sure I‘ve seen Kathy Bates in any bad role, one of the best actress ever IMHO. She was ever so funny in Six feet Under.
Last edited: 1 Mar 2021
In the beginning the Universe was created. This has made a lot of people very angry and has been widely regarded as a bad move.

Gout Man said:
That’s the one. Pity the making of it wasn’t sabotaged!
Click to expand...

It probably was, hence the result!!
I don't respect your opinion and I don't care if you're offended.

NSP said:
Binned the Last Panzer and did The Bridge at Remagen again. Never realised that, in the words of the bossman, "The cast get on the bridge in Czechoslovakia, fight across it in Germany and get off it in Italy." Two-thirds of the way through filming in Czecho' the Russians invaded and the crew and cast had to flee in a massive convoy to the border, the last of them getting over an hour before the Russians closed it. The footage from a weeks worth of filming was left behind, causing an extra $1.5m to be added to the budget.

None of this is apparent when watching the movie.

Robert Vaughn made a drama about this for BBC Radio 4 back in 2007. From memory he was the narrator as his voice had obviously changed since 1968. The programme was called "Solo Behind The Iron Curtain". Unfortunately it isn't currently available on the Radio 4 website. 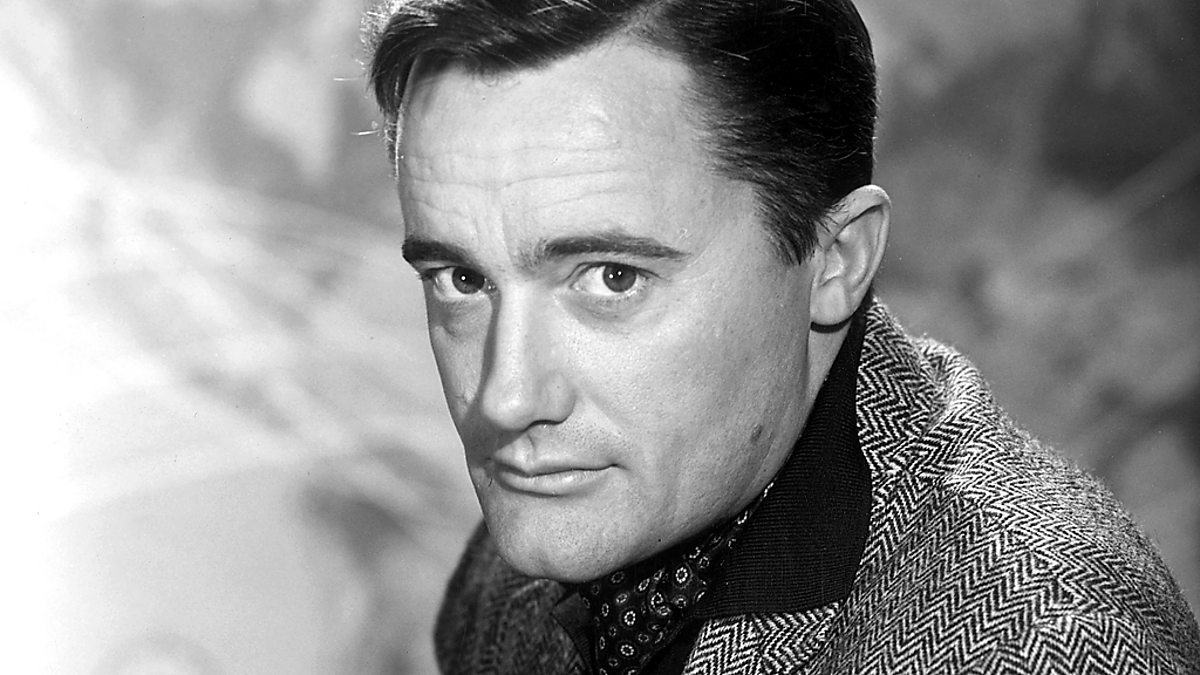 Robert Vaughn is making a movie in Prague when Russian tanks roll into Czechoslovakia.

www.bbc.co.uk
No longer working in the middle of a Bournemouth roundabout.

Book Reviewer
The Gunman on Netflix.
Good cast with Mark Rylance Ray Winston and Sean Penn.
A crew who are providing security out in darkest Africa have a more sinister reason for being where they are, to assassinate a politician.
Its a good watch plenty of action and a decent story.
In the beginning the Universe was created. This has made a lot of people very angry and has been widely regarded as a bad move.

Book Reviewer
Apocalypse Now long version on bbc i player. wiv my bran new ferk orff hi def telly. Its geert.
A sapper with an idea is like a monkey with a hand grenade

Just watched it and as is often the case the Director's cut is the best. It is more gripping and seems to have a better sequence to it without losing any of the classic passages. I had never seen the French interlude before and it fitted very well. Brando's performance seemed more sensible and less disconnected than in previous versions. It is long but worth it.
The trap we've fallen into is to believe that a thousand incompetents properly organized can do the job of a few dozen outstanding people.

Battle of Britain on Prime. Even with subtitles on there's no subs for the German bits - just (Speaking German). I shouldn't have been so lazy and got off my arse and fetched the BluRay from the cabinet.
I don't respect your opinion and I don't care if you're offended.

How have you skived whilst working from home
2 3