What did MFO stand for?

Robs dad said:
Loads of screws to put in was a pain in the days before owning a ratchet screwdriver was common, but if you wanted added security to safeguard your precious hi-fi tower bought on Naafi credit you'd wrap them with banding wire....trouble is the first time being given a roll of wire, a box of metal clips and the hand cranking thing as a singlie was always a demonstration in proving how stupid 20yr old singlies could be... the cranky thing never came with instructions and there wasn't a Youtube clip you could look up for a demo...
Click to expand...

I had forgotten that banding wire, I am going to have nightmares about that.

Did you ever notice: The Roman Numerals for forty are ' XL.'

When I made my move from Korea back to the states, my crate was packed by contracted services while I watched. The crate was about 0.8m wide, 1.5m tall, and 2.0m long, it was completely full and weighed about half a ton. They would not allow my painted helmet liner (with applied unit crests and rank to that date) to be shipped in the box, as it was a "military item."

I still do not know how I managed to fly to Korea with just my uniforms and a couple of changes of clothes, spend 80% of my time in the woods, and 15% of my time in schools, spend less than ~$150/month out of my pay, and still manage to come back with a half a metric shit ton of junk that I don't even remember anymore. At least the Army shipped it for free.

Arte_et_Marte said:
60's and 70's, sturdy crates, then the cheap and flimsy plywood jobs came out and finally cardboard. The downsizing of the MOD budget in any strategic arms reviews, the clues were there!
Click to expand...

And theft from MFO boxes went up an infinite percent. I could not even begin to estimate how many ripped cardboard boxes I saw after delivery. (not just mine btw).
.
.
.
.
.
.
.
"You, you, and you... panic. The rest of you, come with me."
.
.
"Sometimes life is full of fukkin oopsies" x Jane
.
.
"How you doing Spanky?"
"what the fukk is it to you?"
"Well, that checked all the boxes" x Moxie

Kit Reviewer
I was impressed by the number of DMS boot prints all over mine in 1983.
It was like that when I got here.

I have a recurring dream where I am discharged but have multiple lockers full of stuff to empty out, there's old mower engines, mangles, planks of wood, anvils and all kinds of shite in there , I have to keep going back to the barracks for more , its an endless locker emptying nightmare.

Can any fully unqualified arrse psychologicalists explain this ?

Just come across this thread. IIRC, you were limited to how many boxes you could have, based on rank. As a result, you tried to cram as much as possible into each box. On my first posting after becoming a pad, 0A packed the first box which we were unable to lift! A rapid repack then ensured. I think there was a weight limit which was routinely ignored.

Bodenplatte said:
More or less. Moves within UK got you "Removal Expenses" where you had to obtain three genuinely competitive tenders.
Moves within Germany got you a buckshee Bedford for the day.
Click to expand...

4(T) said:
I've still got seven full ones in the shed.


Oh the joys of assembling 20+ of them for a move - and not possessing a ratchet screwdriver.
Click to expand...

foggy_balla said:
Possibly. I know from witnessing it first hand many years ago that a Belizian “wife” can fit quite easily inside one. Handy for them to be transported in and out of a Corporals single room as and when required so as to avoid discovery during block inspections. As to what MFO meant. No idea. Although sitting in my house surrounded by multiple possessions and assorted crap I do think back fondly to when every item I owned in the world could fit into a single MFO box and a couple of grip bags.
Click to expand...

Dalef65 said:
Do they still write "WIFE OF....." on MFO boxes, or are they not allowed to do that nowadays.?
Click to expand...

The Bn QM in Ballykinler camp NI had a framed 7 inch screw on the wall behind his desk. Written underneath the screw was: 'Lest I forget' he had indented for half a million screws for the MFO boxes to move the bn to Germany. He got the catt number wrong on his indent and instead of 15mm screws an artic arrived with a loads of boxes of these very large screws. As usual the storeman got the bollocking!
There was Jones 09 who always felt the strong need to bang away at Jerrie's line, Evans 15, white faced and nervous but squared up, and did his duty, and my batman Williams 51, the most perfect gentleman that I have ever met. They are all gone now, my lovely boys! Pl Comd 2nd RWF Nov 1917.

well , you're all wrong

Last edited: 16 Jul 2020
[SIGPIC][/SIGPIC]Tanks are easily identified, easily engaged, much-feared targets which attract all the fire on the battlefield. When all is said and done, a tank is a small steel box crammed with inflammable or explosive substances which is easily converted into a mobile crematorium for its highly skilled crew."
- Brigadier Shelford Bidwell

Bacongrills said:
I have a recurring dream where I am discharged but have multiple lockers full of stuff to empty out, there's old mower engines, mangles, planks of wood, anvils and all kinds of shite in there , I have to keep going back to the barracks for more , its an endless locker emptying nightmare.

Can any fully unqualified arrse psychologicalists explain this ?
Click to expand...

Yes. You have too many things, and divesting yourself of them will help on the path to enlightenment. Any cash raised can help buy me a Rolls-Royce.
Yours, Guru RangdoOfArg.
ARRSE speling champeon 2019

I remember the old plywood MFO boxes making great places for me and my brothers to play in when we were kids in the 1970s. And a box for storage.
Much later, I think I was allocated one for a move to Germany as a single bloke. I think I just got rid of everything, except the bare minimum, and took all my kit by hand.
ARRSE speling champeon 2019

Just nipped out to the garage, newer generation model: 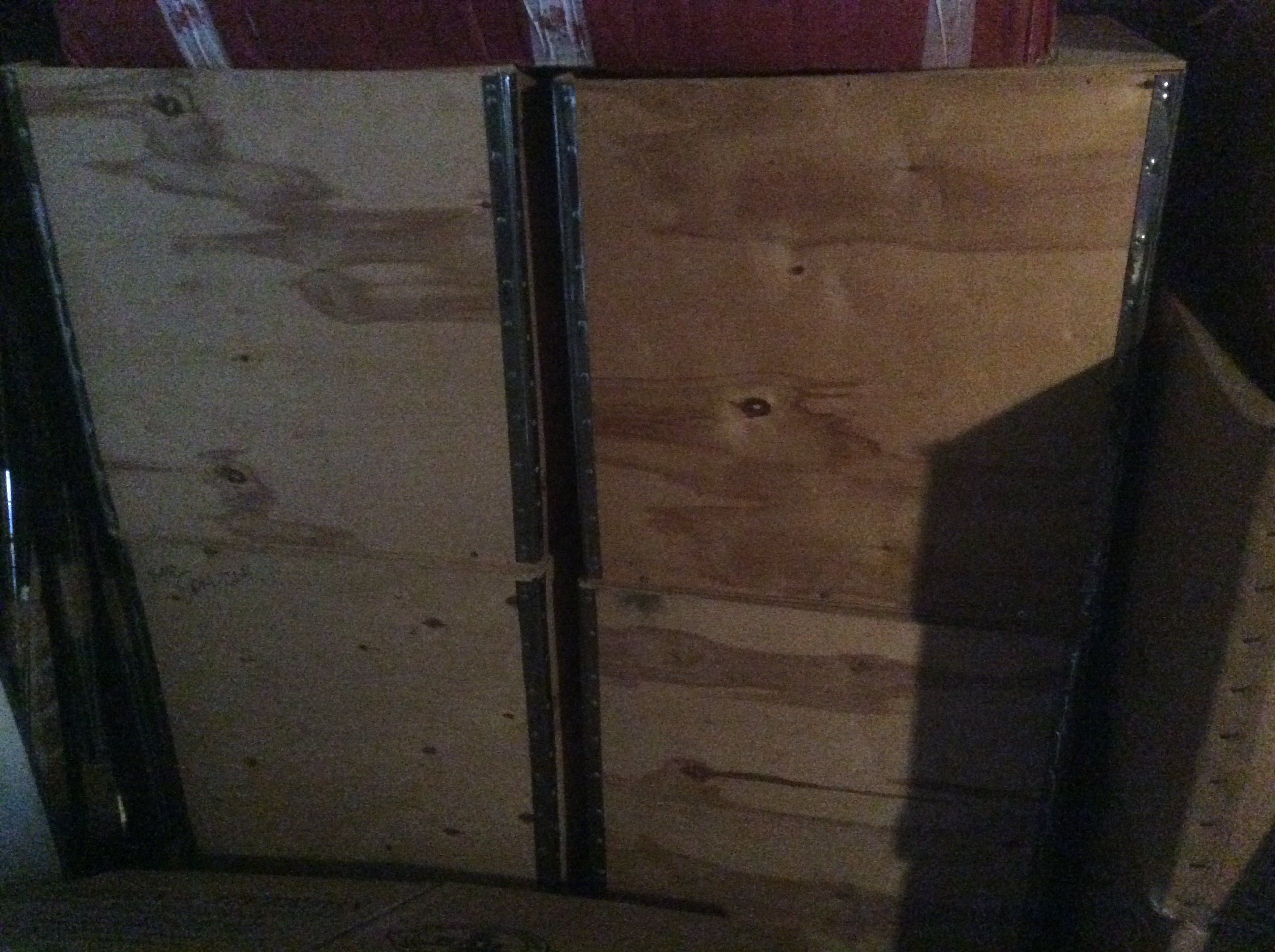 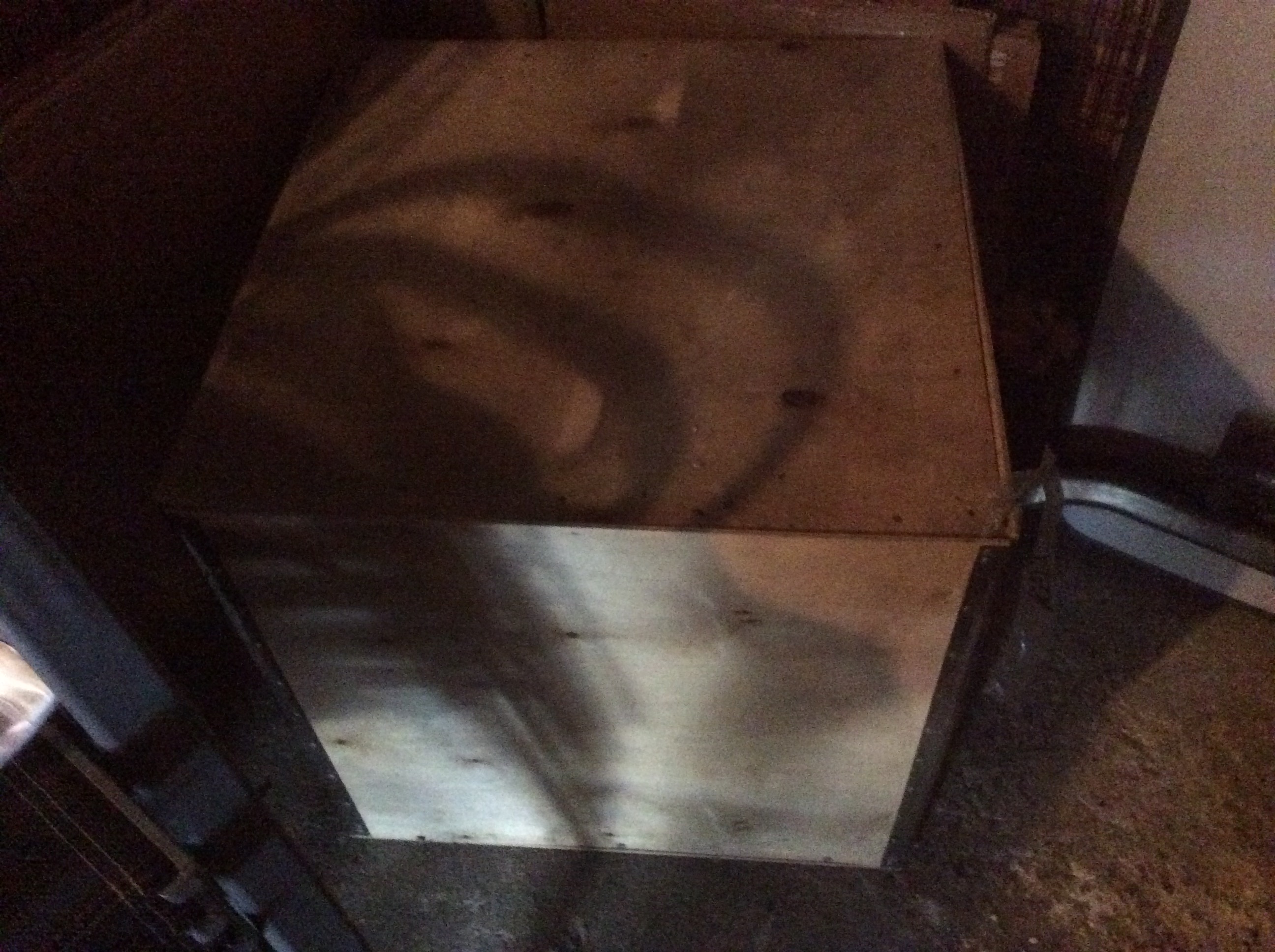 That takes me back. Sharp edges, splinters and cheap metal brackets. Perfect for the kids. Mind you, that says a lot about kids’ fascination with boxes and fairly relaxed 1970s parenting
ARRSE speling champeon 2019

TheAssassin said:
Could they be used as coffins, adult?
Click to expand...

Army might have used them as coffins , definitely not the RAF, their air freight coffins are made from the very best 3/4 inch marine ply painted in best mod matt black
How do you know that Beagle , I hear you ask

A number of years ago I worked as a fitter at the local RAF MTMS the mortuary (cold storage shed) was right behind the workshop, unfortunately two of the jockeys had crashed , they flew them back in a Herc in said black boxes drove them to the mortuary and hastily loaded them into proper caskets before shipping them off to where ever the funerals were at, and they left the empty boxes/coffins in the cold store
My BinL worked as a civvy driver at the MT he'd been sent over to get the boxes and dispose of them at the dump, he was in to borrow a screwdriver so he could dismantle them and take them to the dump , except he lived about 3 miles from the dump and they ended up lining the floor of his attic
SinL went wild a couple of years later. We were all pissed one night and I let slip and asked her if they still had the coffins in the loft

anyway , you'd think it ended there , last year , when my sons marriage final went tits up , he was scrounging any old furniture he could get to make his council house just a little more comfortable , and his mates ex wife, who now owns the Binls house had an old dressing table, I'd asked him (BinL)if he wouldn't mind giving us a hand move the dressing table and some other odds and sods in his 4x4 and my yaris
So he was chatting away with Judith, about the house and what she'd done to it in the intervening years, when he asked her if they still had the black flooring in the loft , she said yes , and got told the story , a week later he gives me a call , could I help him move some wood from the old house into his shed , where it now lines the floor
Judith decided she couldn't live with broken up coffins in her house either, and asked him if he wanted the wood back, how could he refuse. SinL is not happy again (she's a miserable moaning faced old cow anyway, so no one would notice any difference)
That plywood BTW is still in pristine condition, and it's shaking 37 years old.
Ignorance is bliss, yours, however , is disturbing!

It's not sweat...... It's my fat crying
You must log in or register to reply here.