What are you reading right now?

I tore through all 16 or 17 of Peter James's detective novels set in Brighton, so that gives you an idea of how much I'd endorse them. I then started reading William McIlvanney's "Laidlaw", and gave up reading it after plowing through 3/4 of it. I hated every single word of it.

I'm now giving E.R. Eddison's "The Worm Ouroboros" a whirl.
Class A, Category 1, ARRSE Vermin, and proud of it. 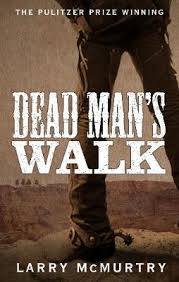 The first book in the Lonesome Dove series and one of the best books I've read in a long time.
Neither Kings nor Queens or Royal Marines.....

Gun_Brickie said:
I tore through all 16 or 17 of Peter James's detective novels set in Brighton, so that gives you an idea of how much I'd endorse them. I then started reading William McIlvanney's "Laidlaw", and gave up reading it after plowing through 3/4 of it. I hated every single word of it.

What was wrong with Laidlaw
Welcome to the club Mr Ennis

28th/LX1 said:
View attachment 558075
The first book in the Lonesome Dove series and one of the best books I've read in a long time.
Click to expand...

I don't think I have ever read a Larry McMurtry book that I didn't like.
A sadly maladjusted non-entity.

Currently working my way through the Robert Jordan/Brandon Sanderson series, "The Wheel of Time". It's fricking huge - 22 thousand pages on my phone's AIReader app. Fortunately, it's also quite engrossing.
No wonder that Amazon Prime is currently turning it into a series.
If something doesn't fit in a hole, then one should stomp, stomp, stompity stomp on it until
it does, then walk away whistling "Spanish Harlem"

I have finished Colin Cotterill's Love Songs from a Shallow Grave and very good it was too. I have started this and am already half way through as it is only 110 pages: 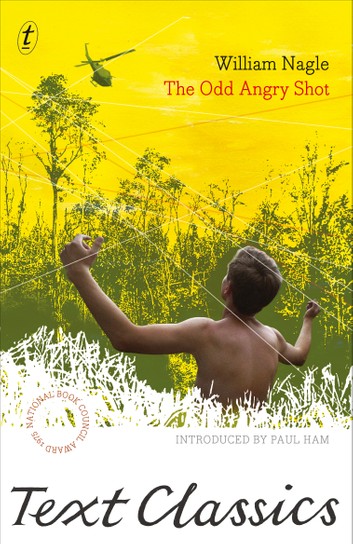 The Odd Angry Shot is the seminal account of Australian soldiers in the Vietnam War.​
​
Brief and bracing, tragic yet darkly funny, it portrays a close-knit group of knockabout SAS fighters: their mateship, homesickness and fears; their practical jokes, drinking and fighting. The enemy is not just the Vietcong they've been sent to fight, but their superiors, the mud and torrential rain, and boredom.​
​
This edition comes with a new introduction by the renowned military historian Paul Ham, who writes: 'The Odd Angry Shot reveals...how war damages and destroys not only life and limb, but also the brains, hopes and dreams of everyone involved...It is an Australian Dispatches and - like Michael Herr's classic, which came out two years later - it rips the scales from our eyes.'​
​
William Nagle was born in Bacchus Marsh, Victoria, in 1947. Enlisting in the army in 1964, he qualified as a cook the next year. In mid-1966 he was deployed with the SAS to Saigon, but was sent home for subordination the following March and later discharged. The Odd Angry Shot, his debut, fictionalised his experiences in Vietnam. Published in 1975, the novel won the National Book Council Award and became an instant classic. In 1979 it was made into a major film starring Graham Kennedy, John Hargreaves, John Jarratt and Bryan Brown. Nagle died in 2002.​
Surprisingly, the film (subject of a thread in the obvious area of Arrse) is nearly word for word the same as the book. Hard to put down.
retread2

I've finished The Odd Angry Shot, enjoyable and despite being very close to the film, is more powerful. Recommended. 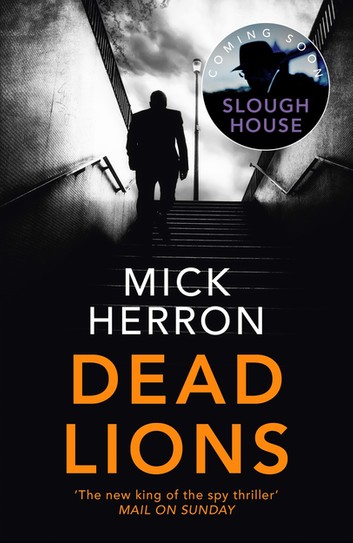 The disgruntled agents of Slough House, the MI5 branch where washed-up spies are sent to finish their failed careers on desk duty, are called into action to protect a visiting Russian oligarch whom MI5 hopes to recruit to British intelligence. While two agents are dispatched on that babysitting job, though, an old Cold War-era spy named Dickie Bow is found dead, ostensibly of a heart attack, on a bus outside of Oxford, far from his usual haunts.​
​
But the head of Slough House, the irascible Jackson Lamb, is convinced Dickie Bow was murdered. As the agents dig into their fallen comrade's circumstances, they uncover a shadowy tangle of ancient Cold War secrets that seem to lead back to a man named Alexander Popov, who is either a Soviet bogeyman or the most dangerous man in the world. How many more people will have to die to keep those secrets buried?​
Sounds like quite a simple plot.
retread2 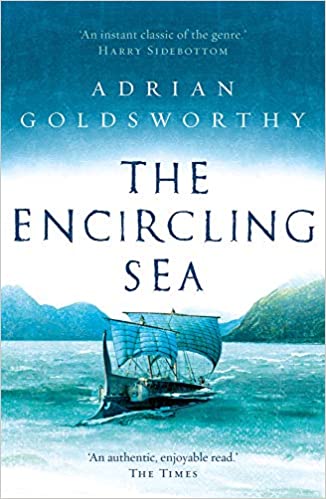 Flavius Ferox, Briton turned Roman centurion, is charged with keeping Rome's empire intact. But from his base at Vindolanda on the northern frontier of Britannia, he feels enemies closing in on him from all sides.

Ambitious leaders await the chance to carve out empires of their own. While men nearer at hand speak in whispers of war and the destruction of Rome.

And now new threats are reaching Ferox's ears. Stories about the boat-dwelling men of the night, who have cursed the land and only come ashore to feast on men's flesh.

These are just rumours for now. But Ferox knows that rumours stem from truth. And that no one on this isle is safe from the great, encircling sea...
The second in the Vindalonda series and another very good read.
Neither Kings nor Queens or Royal Marines.....

tiger stacker said:
What was wrong with Laidlaw
Click to expand...

I was hoping for a 70s version of Rebus, but Laidlaw just stunk to high heaven, IMO.
Class A, Category 1, ARRSE Vermin, and proud of it.
L

For anyone into sci-fi, I've just finished re-read Ready Player One, and the sequel Ready Player Two by Ernest Cline. Don't judge them by the film, it was directed by Steven Spielberg. 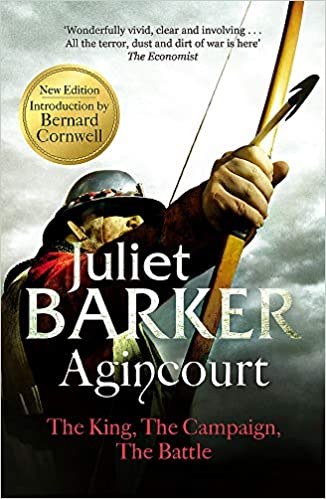 Currently reading this - amongst other books - and it is brilliant. I met the author several years ago at Chalke Valley History Fest and was most impressed by her talk on the subject and the chat we had afterward. This book covers the period from before Henry V ascended to the throne and the period before the battle. The politics and shady dealings are positively Machievellan in their depth and yet Henry comes across as a sincere and ( relatively) honest man. His desire to rule in a fair and decent way far outshines the reign of his father, who was, it seems, a weak and corrupt king. The build up to the battle, or rather the whole campaign is well described and astonished me at the scale of the logistics involved.
An excellent book, heartily endorsed.
I don't feel old. I don't feel anything until noon.

LouisetheSleaz said:
For anyone into sci-fi, I've just finished re-read Ready Player One, and the sequel Ready Player Two by Ernest Cline. Don't judge them by the film, it was directed by Steven Spielberg.
Click to expand...

So have I as it happens. Agree with you on the film.
"With your bitch slap-rappin and your cocaine tongue you get nothin done." - Pope Adrian VI of Utrecht.

Mick Herron's novel Dead Lions, the second in the Slow Horses series, has been finished and an excellent read it was too. The author has produced a finely crafted tale, the pace of which accelerates towards the end. The basic premise is fantastic, but still leaves the reader wondering: what if . . .

I have also polished off (fairly quickly) Robert G. Barrett's Mele Kalikimaka Mr Walker which sees our hero having a few days in Hawaii (as you do). It is lightweight, humorous stuff which for me is a break from more serious stuff. 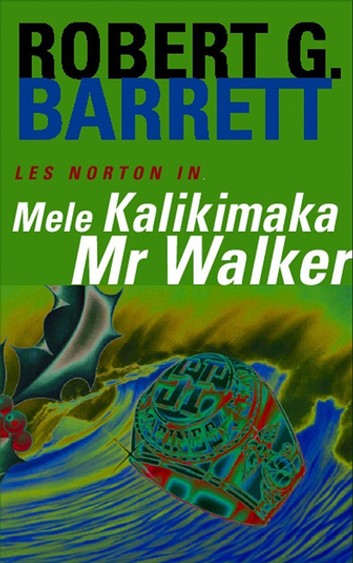 Les Norton's Hawaiian holiday should have been just like in the tourist brochures. Balmy days, blue seas, palm trees swaying in the moonlight. And it would have been if Les had have minded his own business. But what are you supposed to do when a cop you know and an old friend are in trouble? Especially at Christmas? The detective was okay. But Norton's old friend turned out to be the biggest brothel owner in America, Madam to the Stars. Through her, Les met Mitzi Moonkiss; he also met the Japanese Yakuza, lesbian geisha girls and every time he put his head out the door some boofhead US marine was looking for a fight. Somewhere in the middle a crazed serial killer was on the loose with a bayonet. Aloha, Les. . .​
Next book in the queue is: 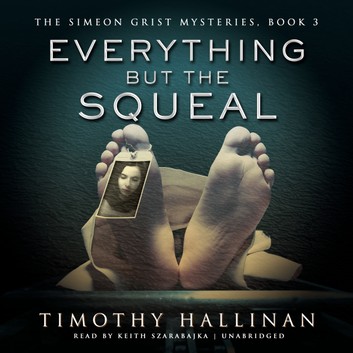 Robert B. Parker and Robert Crais fans will enjoy Edgar Award nominee Timothy Hallinan’s novels featuring overeducated private eye Simeon Grist. In this third book in the cult series, Grist takes a case that leads him to the phantom neighborhoods of Los Angeles’ lost children.​
​
Missing thirteen-year-old Aimee Sorrell ran all the way from Kansas to be a star. But Aimee’s trail soon leads Simeon to the city morgue, the first stop on a perilous journey to find out what happens to America’s lost children when they go looking for love in all the wrong places.​
retread2