Wereth Belgium, a gap in history

Book Reviewer
Recently I wrote a motorcycle travel article, most of which is of no interest to yourselves, however one section will be of interest so I have posted it here along with a few images in case any of you decide to visit the ardennes area, it is not so far from the Malmedy Massace site or La Gleize ( the king Tiger tank)

Once again we resumed our ride through the Ardennes as the sun began to recede below us and the air chilled a little, these pleasant country roads snaked and turned and small tranquil villages passed by, barely touched it seemed by the violence of war ,then we started to notice that the village names had a more Germanic ring to them, indeed this part of Belgium was once Germany, but post WW1 repatriations caused it to be handed over to the Belgians, eventually signs appeared indicating Wereth, itself a small hamlet comprising of farm houses and barns but little else, we rode out of the village and up the hill, I saw the sign post ,again small and discreet and the memorial up to my right, so I indicated and turned off stepped off the machine and waited as Jonathans exhaust bark grew fainter while my machine ticked and creaked.

Eventually he returned having noticed my absence, although in all honesty he was truly enjoying these twisty alpine roads with their superb views ,and the sound of his Guzzis mellow growl was not unpleasant

once parked we walked up the track, now the sun was getting lower in the sky and traffic on the road was noticeable by its absence, almost as if they wished to leave us in peace this Sunday evening

The impression it made was so much stronger because of the contrast with the surroundings, although both tired and hungry we decided that to brew up here would be an insult, after all we are free to eat whenever we want !. So we sat and talked about our emotions at this point at the end of a long day, perhaps one or two of you reading this might care to wander a small way from the usual well publicised landmarks and pay a visit. For some one like me born post war, and growing up with the stories of relatives who fought in that awful conflict, to be able to visit something so small and so personal that for the actions of one man would have passed away forgotten and nothing more than a few cold lines in the history books, it was an emotional and rewarding place to come, if you think me morbid then you are wrong, history repeats itself, so only by showing each new generation the sins of the fathers can we ever hope to prevent this happening again

now this part of the trip was not on my original itinerary, but it was kindly suggested to me by an American Guzzi club contact Gregory S. Craig, Gregory himself a Veteran of that awful Vietnam conflict said that I would find it worth visiting , and we both agreed that it was the most moving and emotional of all the sights we visited. thank you Gregory for guiding me

A bit about that conflict for our readers

Those of you familiar with the battle of the Bulge will recall the dreadful weather that prevented Air cover and the dropping of munitions, the Germans broke through the Lines of a force that was already thinking the war was over and Germany beaten, of course history repeats itself as they pulled a similar trick in WW1

The terrain is heavily wooded with countless hills and is easy to move troops through using the natural cover, the American forces had to pull back and dig in around Bastogne, but some units were left to provide cover for the men of the 101st , cooks, drivers, tradesmen, any one who could hold a rifle was pulled in to the desperate fight

one of the most important factors in defending Bastogne from the German forces were the Artillery support units , these men working in the Field Artillery Battalions provided the firepower to keep the attacking troops back and keep the German tanks from moving in daylight

Equipped with the M1 155mm Howitzer they packed a tremendous punch ! now most people today know about the African American Tuskegee airmen and the Red Ball express, but little acknowledgement is given to the 260,000 Black troops in the European theatre, even far less people are aware of the brave young men of the 333rd and 969th battalions who fought so hard against a well trained and well equipped German invader already familiar with the terrain

in fact the casualty rate amongst the 333rd was so high, that even though only a few survived they ended up merged with the 969th although on paper they still existed as a working unit

These segregated troops saved many lives and yet little is heard about them and the terrible conditions that they fought under, but for the troops who fought around Bastogne the 969th and 333rd were well known and praised for their high rate of fire and accuracy

Now these young lads had been in action since the D Day landings at Utah beach in Normandy , comprising of White officers and Black enlisted men, they were located in the region of St Vith and the village of Schonberg from October 1944 , the service battery was located on the west side of the river Ours while the firing Batteries A,B,C were located across the east side of the river.

They were providing support for the Army VII corps and the 106th Infantry Div.

In the early hours of December the 16th the German Army began to shell the entire Schonberg area, following this up with a rapid advance of of German infantry and armoured vehicles, because of this the 333rd were ordered to move further west but requested by the Artillery commander of the 106th to leave batteries C and the service battery behind to support the 14th Cav and the 106th Div

The Germans made a rapid advance across land already well known to themselves, the next day they were in Schonberg itself and took control of the vital bridge , the service battery's attempted to move back to St Vith through the village but came under heavy and accurate fire pinning them down.

Those not killed were forced to surrender , and soon taken prisoner, however 11 men of the different battery's who were caught on the east side of the river walked overland heading N/W in the hope of reaching the American lines and safety.

Now these troops were not well trained infantry carrying high powered weapons and trained in fieldcraft, nor were they well armed or clothed , having but two rifles between them , also the weather conditions were abysmal, freezing cold and snow, this would tire them very quickly and make navigation difficult

At around 3pm that day they approached the first house they came to in the small hamlet of Wereth, this was owned by the Mathias Langer and he also had a family friend present along with his wife and children

The Langer family welcomed the men and brought them into the warmth of their house and fed them , however some people in the area would not welcome Americans and were Pro German, ( this area was once Germany until first world war reparations ) , in fact the family was also hiding two Belgian Deserters from the German army and had sent their eldest son into hiding to prevent the Nazis drafting him

the American troops surrendered quickly thinking that they would be taking captive and not wanting to endanger their hosts, the Americans were made to sit in the road until it became quite dark and were then marched away

During the night gunfire was heard and in the morning the villagers found the bodies of the 11 young men in a ditch at the corner of a cow pasture , fearing that the Germans would return they did not bury the bodies or attempt to move them, and the snow soon covered and preserved the bodies

and there they remained until January when the Americans broke through, and directed by the villagers members of the 99th Div I&R found the site and recorded the war crime

the official report noted that the men had been tortured, before being killed brutally and in cold blood

before the Bodies were taken away for a Christian burial an army photographer recorded everything
an investigation was begun and testimonies taken , however in spite of exhaustive enquiries the murderers were never located ( probably due to the fact that only civilians saw the German troops and would not have recognised the Div markings)

The Wereth 11 passed into the history books, 11 of the many thousands to die in that awful conflict. The paperwork however was filed away and kept safe

and that seemingly was that, just a footnote in history, apart from a few memories that would slowly fade as each generation passed on

But in 1994 Herman Langer the Son of Mathias Langer erected a small cross , with the names of the men in the corner of that same pasture where they were so brutally murdered, as a private gesture on the 50th anniversary of their deaths

However this little memorial remained virtually unknown, Wereth is a small hamlet with no schools or shops, not even a sign on the roadway to indicate the location of that awful event

nor was it listed in any books on the subject, on any maps or guides to the Battle of the bulge, even those who came looking had trouble finding it in this small German speaking community

Until 2001, when three Belgian citizens decided to create a fitting memorial to these men, and to honour the Black GIs of WW2, with the assistance of an American physician in Mobile Alabama, whose father had fought and was captured during the battle of the bulge the land was purchased and a fitting memorial was created to show the next generations the true horror that they must try to avoid being repeated once again

I am fairly sure that this is the only memorial to the Black G.I.s that served in WW2

As the Sun starts to set we pay our final respects and leave, each carrying our thoughts with us, 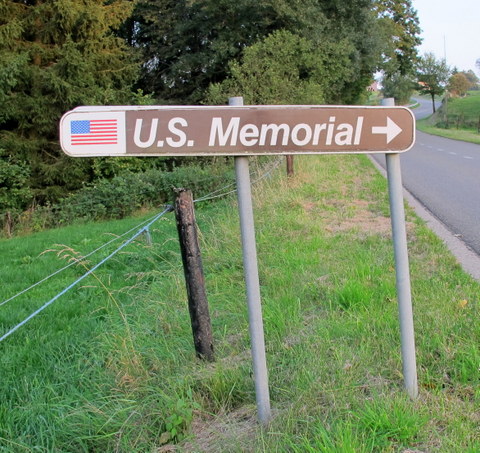 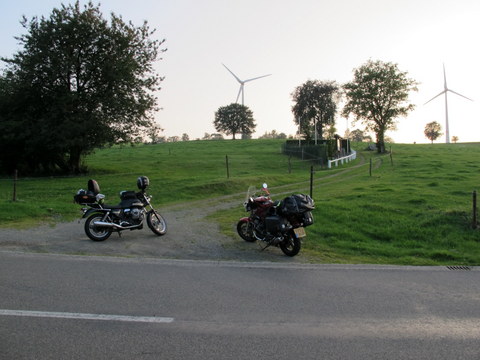 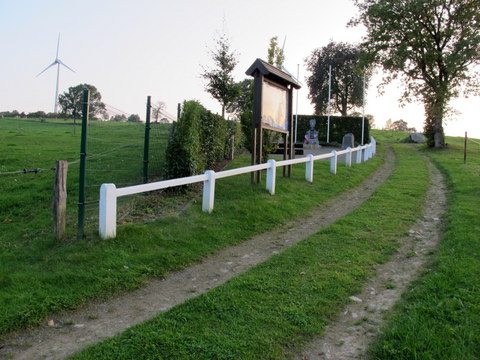 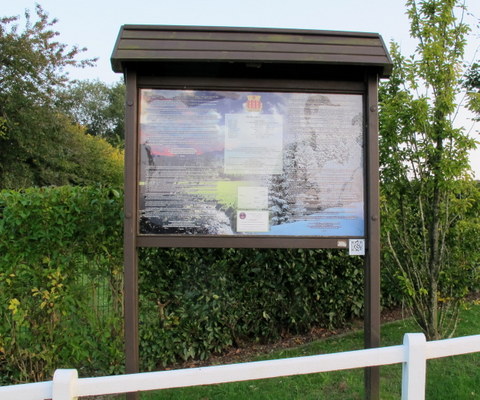 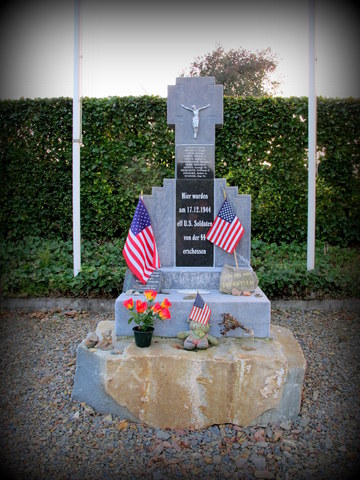 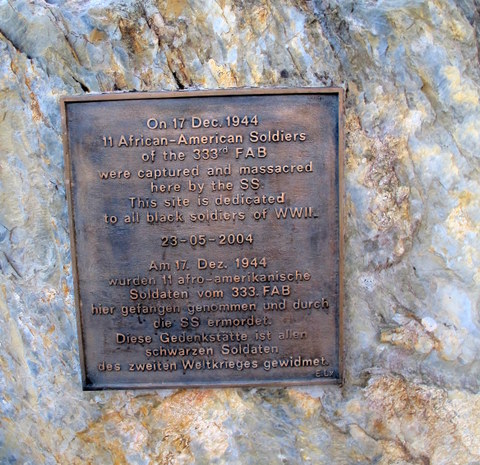 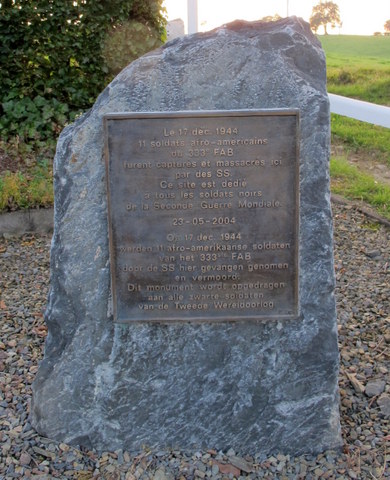 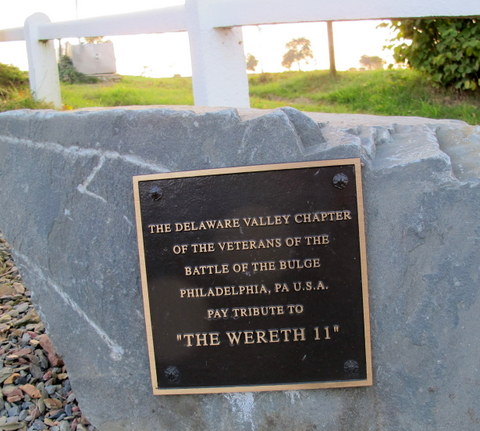 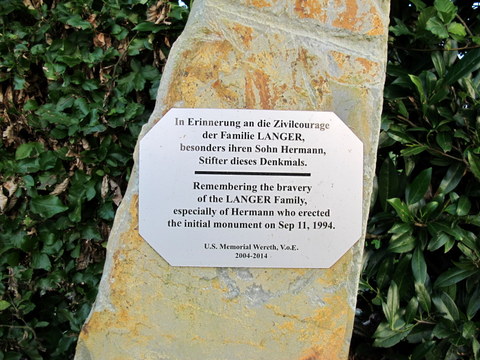 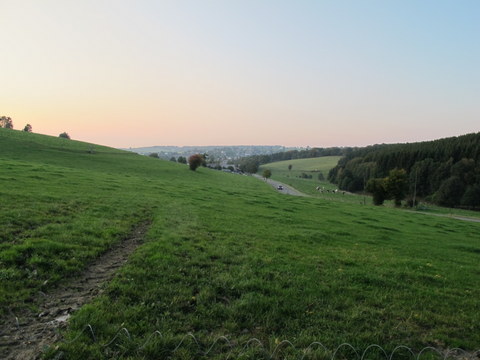 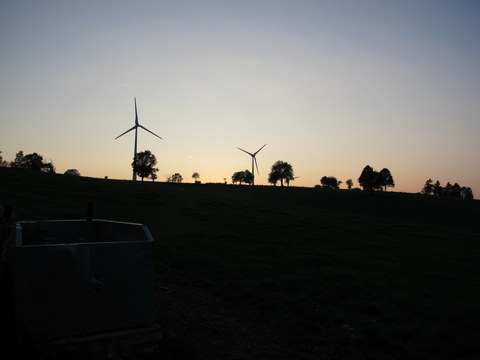 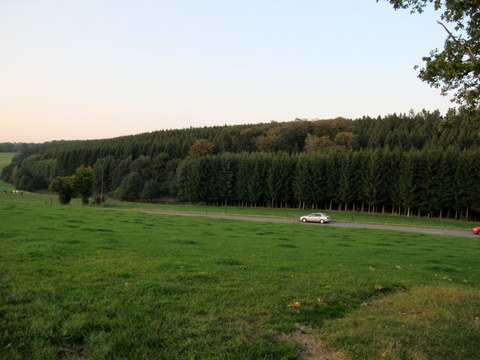 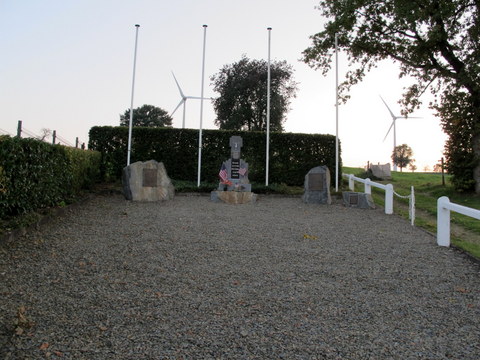 I recall seeing a programme on Yesterday on this subject. I'm sorry I can't remember the title.

Another forgotten episode of the war in Europe.
'Pay peanuts get monkeys'
'Quality costs, you get what you pay for'
Professional footballers and bankers show these statements as tosh.

Chef said:
I recall seeing a programme on Yesterday on this subject. I'm sorry I can't remember the title.

Another forgotten episode of the war in Europe.
Click to expand...

@Joshua Slocum I had a couple of Spadas Really nice beasties.
'Pay peanuts get monkeys'
'Quality costs, you get what you pay for'
Professional footballers and bankers show these statements as tosh.

How honourable were the Kriegsmarine and Luftwaffe?
7 8 9

Interesting use of a German shell case - Croatia.