bob_the_bomb said:
IIRC the Beast was a mix of a mustang body with a Rolls grill. Apparently written off on a French autoroute...
Click to expand...

funnily enough I first saw it on the A4 in 1973, thought it was bloody lunatic, but then I hadn't heard about 'Babs' The noise was horrendous. A few years later whilst on the way to Scotland in my first P5 I heard a very different noise, looked in the rear view and a couple of 20's Bentleys pootled past. I say pootled. I was doing 70 at the time. Told dad about it and his face lit up, he had actually driven one back in the late thirties as part of a garage team.
NULL

Morning @guzzijon,
Germany mid 80's and one of the hardest lads in the company bought a bright yellow one with sunroof IIRC, the piss-taking he received was merciless until mindless violence was threatened to the next miscreant who ribbed him.
He swore by it as being "fun to drive with bags of character and everyone waves to me".
At the time he was training to go THEM.
Penultimate time I saw him in it, he was disappearing into the sunset on the long haul back to Blighty heading for Hereford. Which he subsequently passed.
I always wondered if he got the same reaction from the hooligans at Sterling Lines when he got there. Only met up with him a handful of times since, but never had the bottle to ask incase mindless violence was incured on me by him, thinking I was taking the piss.
Pete P&£€¥£$, if your reading this. What was the reaction?

Judging by his last name, I recon that's Pete's car from the OP.
We are just like every other civvy.

NSP said:
I'm by no means an expert in these matters but I strongly suspect that anyone genuinely involved with them wouldn't advertise it in any way whatsoever let alone by badging up their number plate.

You've only got to look at how many men with strange, distorted faces are referred to in Top Gear/The Grand Tour to get the idea that there's a strong desire to eschew any sort of limelight.

In for a penny, in for a pound.
The old shitbox collected 18k UK wide, 2026 miles in 6 days flat with 24 sponsored barrack sign-ins so my F-o- meter read zero. The car was the star, I just made sure it kept on target from Fort William to Portsmouth...and back.
It got a laugh everywhere & it was effin good fun. Always got a brew & buttie on the run...top blokes everywhere.
Needed a brake light bulb..and sponsored fuel.
I got to base myself for 3 days at Tedworth House free.
Eating with the guys and girls in recovery was, trust me, a changing Life Lesson.
My little ghey tank..... 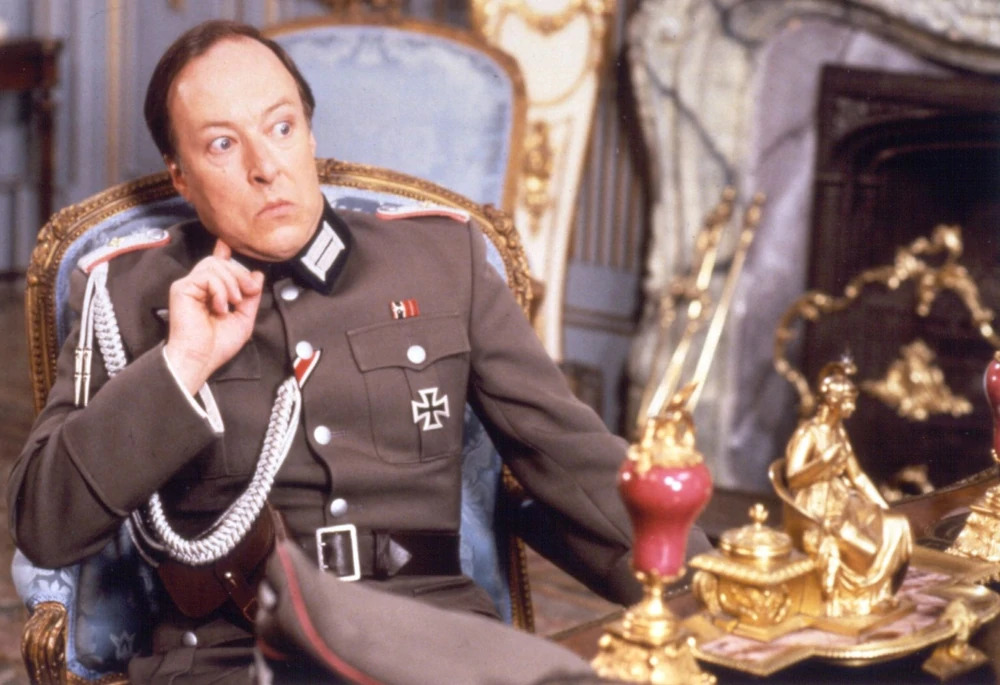 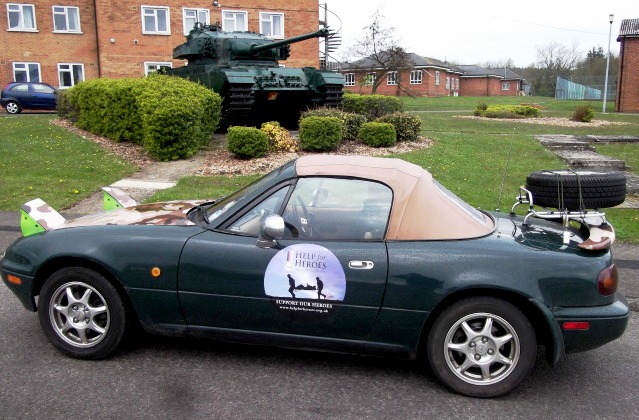 One reason it was nut & bolt restored this year. I felt I owed it.
Left it to rot for 4 lock-up years. 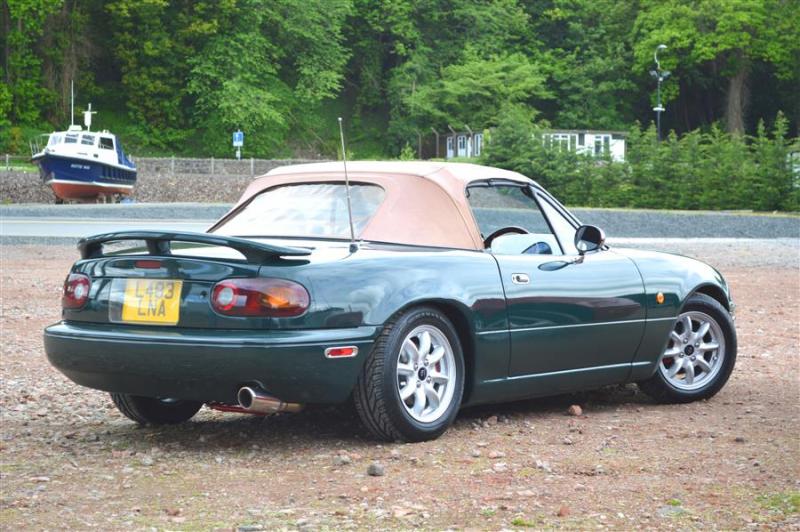 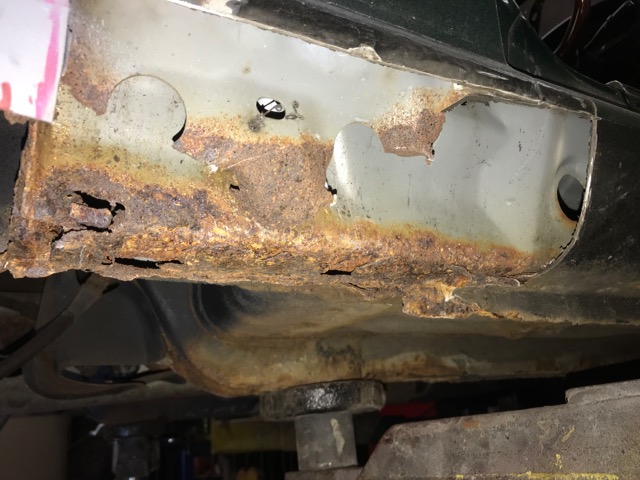 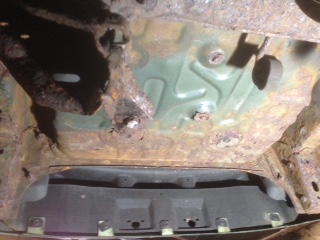 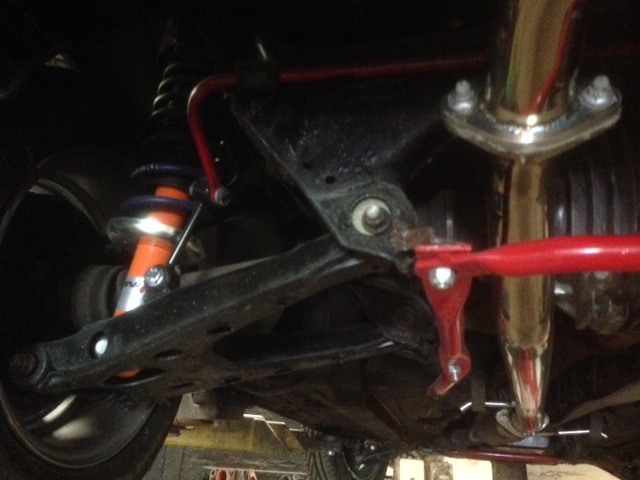 Finally, a visit to them to get the all-new chassis 4 wheel Hunter laser-aligned as these Roadsters adjustable wishbones really have to be 100% bang on. Or else..... 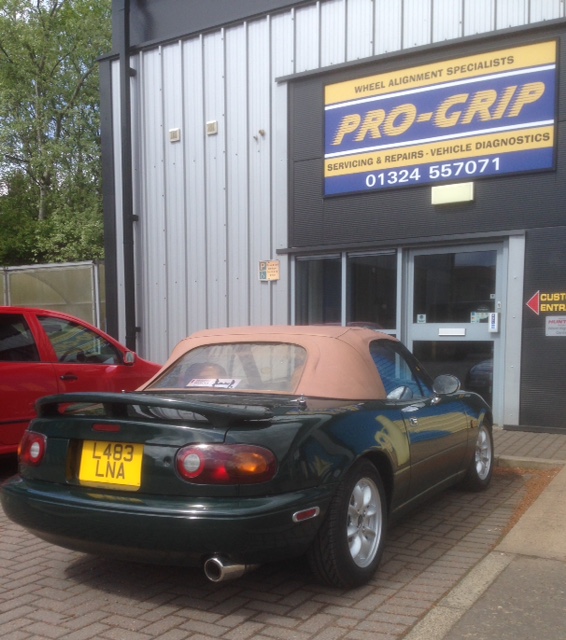 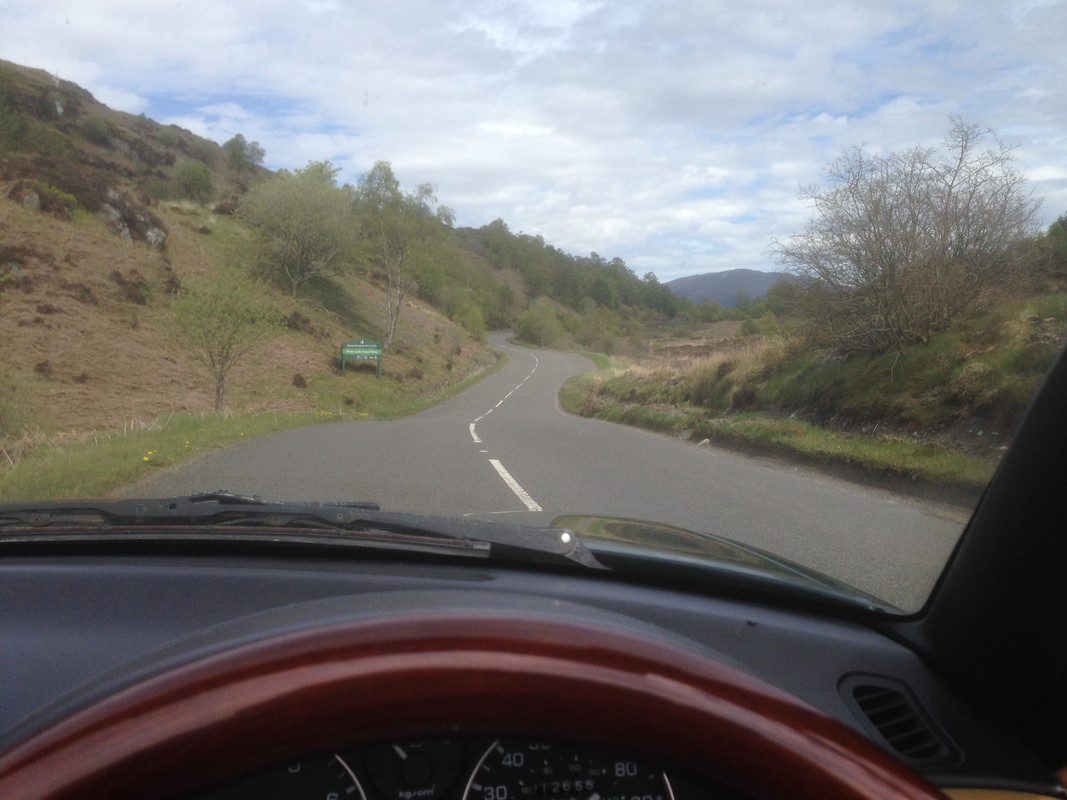 LeoRoverman said:
aren't you thunking of the Beast which had a Merlin in it. I'd never heard of that. I believe the owner had a Rolls Grill on it which displeased that company no end. I did see the beast very briefly in 1974 whist in the Gravesend 1/0 car whilst the Met tried to pursue in a by now rather clapped jag. Us-oh we were in a 1.1 Escort estate.
Click to expand...

Yip.
At the time, it looked to me like some bits of the Reliant Scimitar had been butchered but perhaps the whole thing was scratch built.
Jay Leno's got a more believable one.

Ecosse said:
Yip.
At the time, it looked to me like some bits of the Reliant Scimitar had been butchered but perhaps the whole thing was scratch built.
Jay Leno's got a more believable one.

Yip. Cool or what? Bit difficult to pinch!
​
L

That looks rather familiar.
NULL

This was what I recalled.

Ah.
The Capri no sane man would promise himself...
​
L

Ecosse said:
Ah.
The Capri no sane man would promise himself...
Click to expand...

It was from Memory originally classified as a Mustang, the Capri Body was too small
NULL
C

bedended said:
Morning All,
Looking through my photo's, I found this taken last year while in Blighty.
Genuine or not, I thought it 'unusual' and a bit of a risk to the owner. 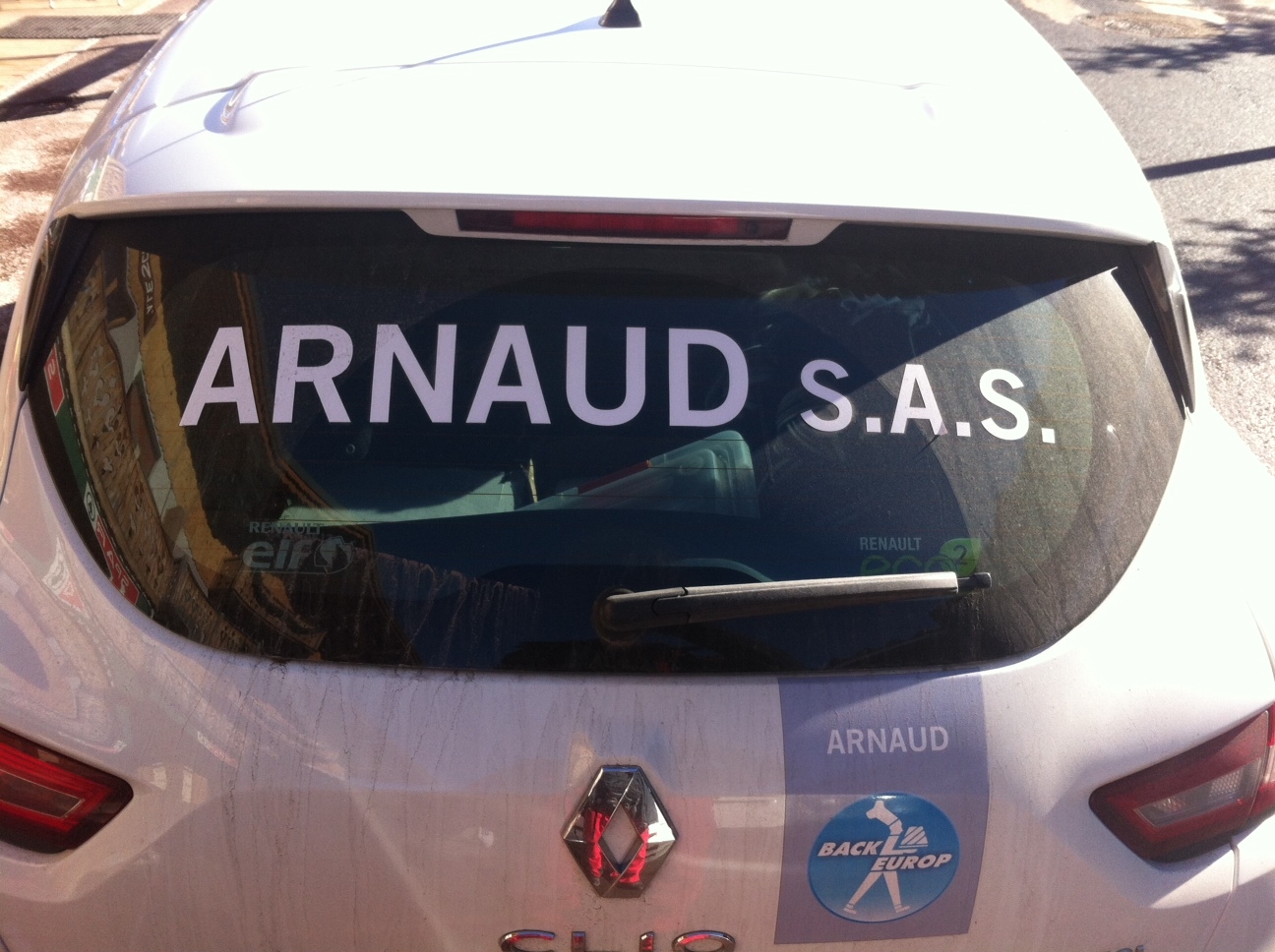 The ultimate weakness of violence is that it is a descending spiral, begetting the very thing it seeks to destroy. Instead of diminishing evil, it multiplies it, adding deeper darkness to a night already devoid of stars.
T 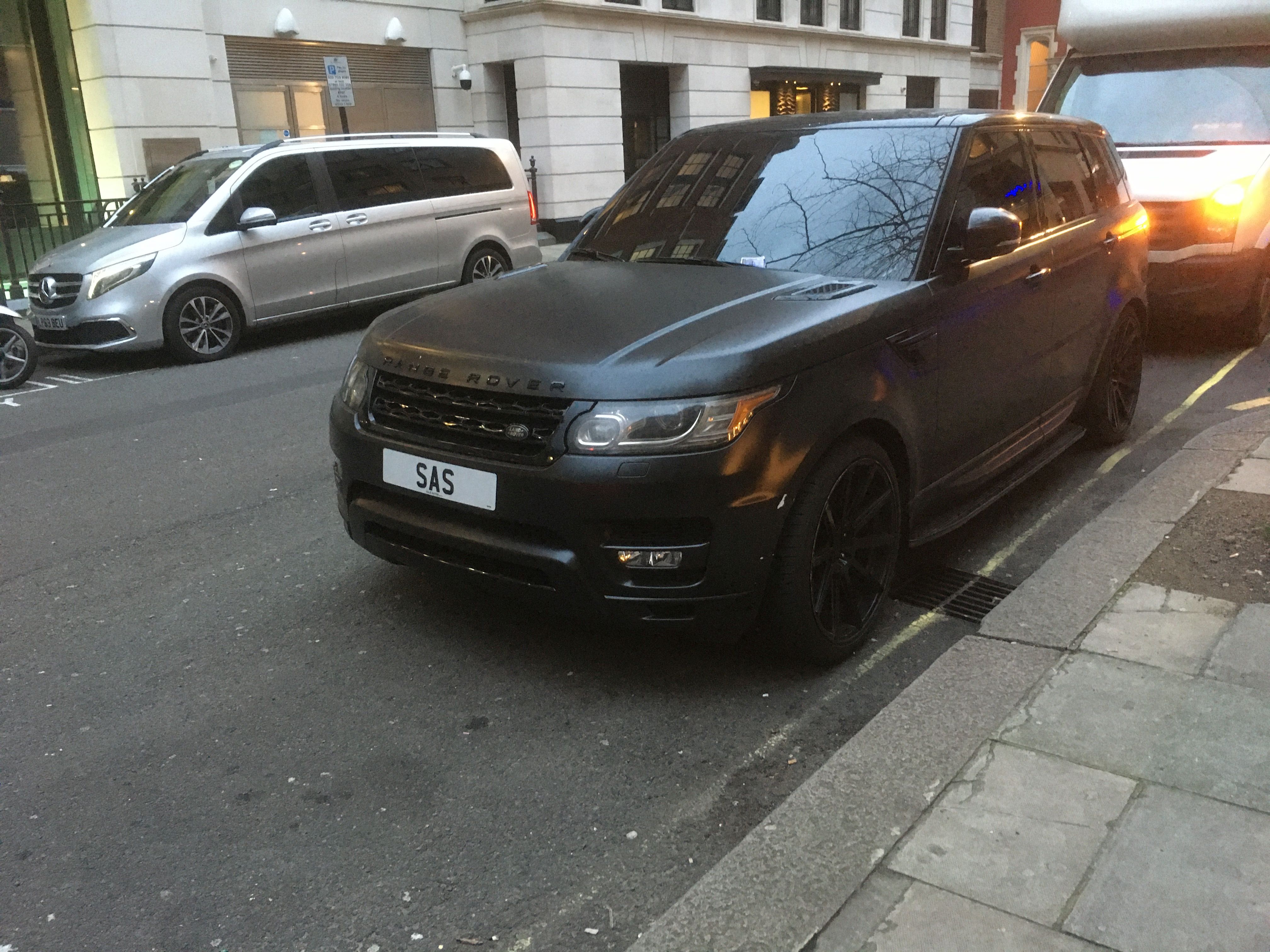 Rich walt? Still got a parking ticket
Click to expand...

Rich walt? Still got a parking ticket
Click to expand...

Should have been parked outside the SF Club.
The ultimate weakness of violence is that it is a descending spiral, begetting the very thing it seeks to destroy. Instead of diminishing evil, it multiplies it, adding deeper darkness to a night already devoid of stars.
You must log in or register to reply here.