I have written about Victory Miniatures in the past and am still impressed with both their models and their sales services. They are first rate! The model shows an Officer from the 79th Regiment of Foot (Cameron Highlanders) at the time of the battle of Corunna in 1809.

The 79th fought in the British Third Division, commanded by Lieutenant-General McKenzie Fraser, they were part of Brigadier General Sir Henry Fane's 2nd Brigade alongside the 38th and 82th Regiments of Foot. The Regiment fought well but were poorly led by their young Brigadier, Henry Fane; subsequently suffering 15% casualties and being evacuated back to England. 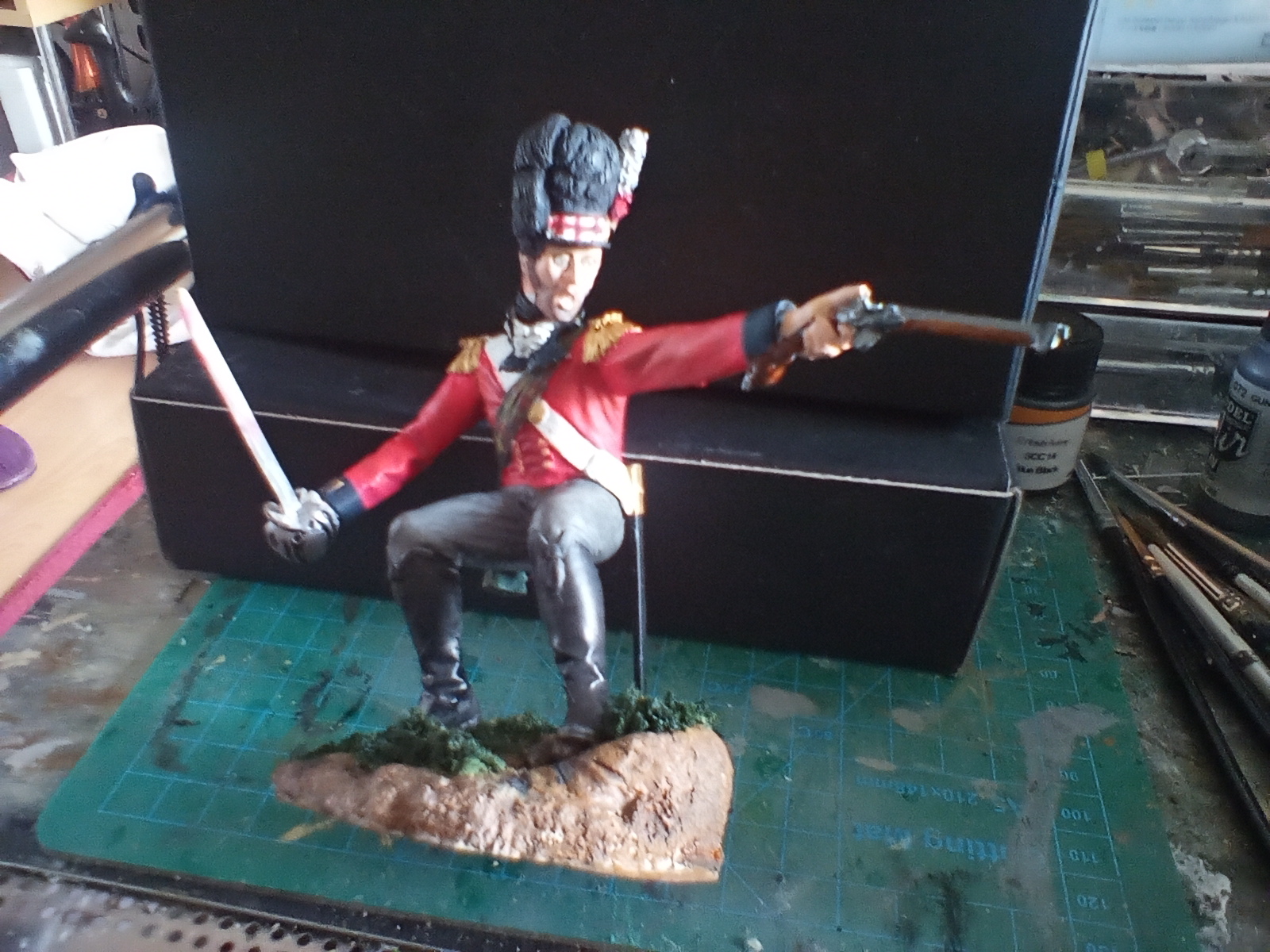 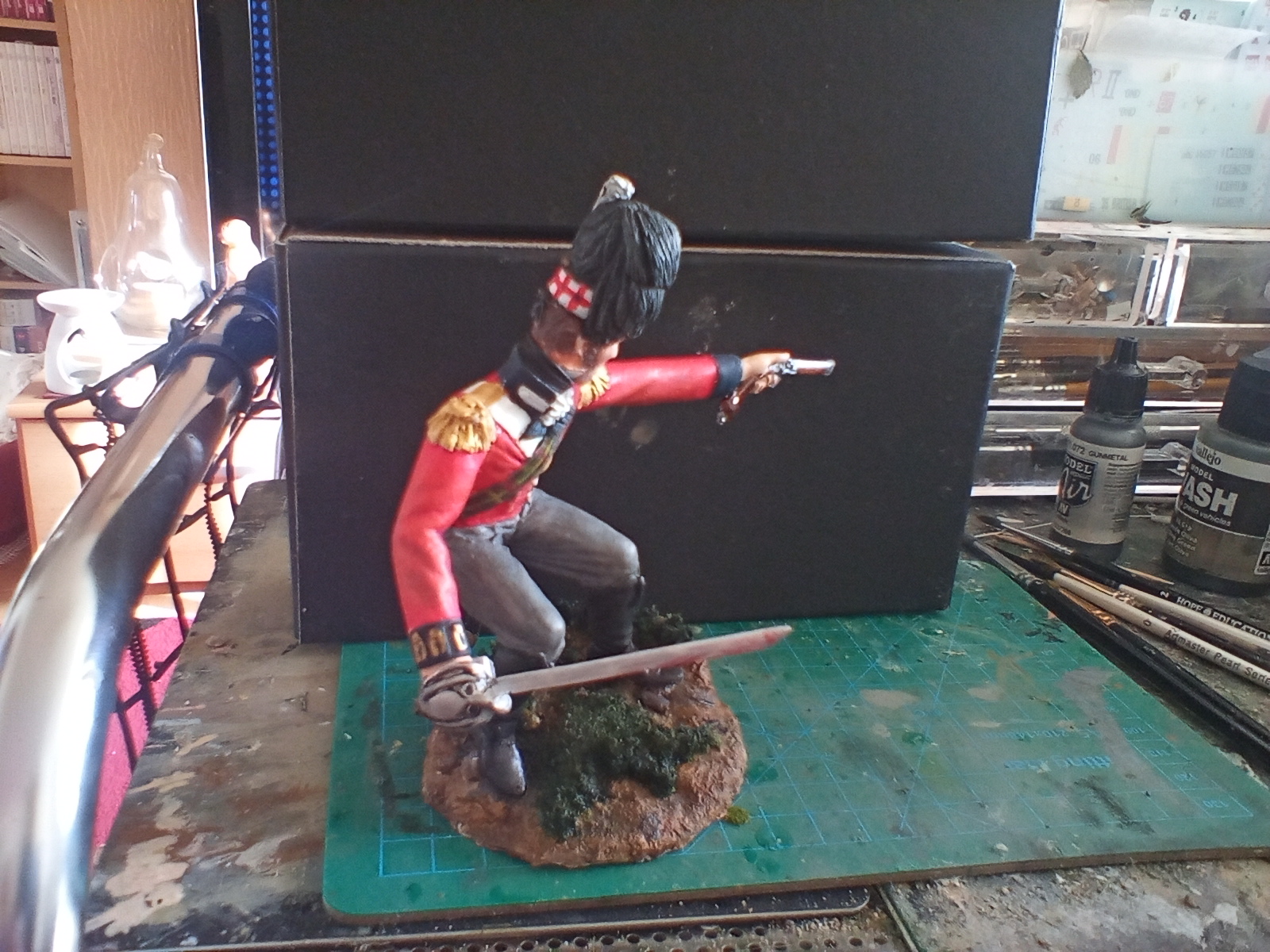 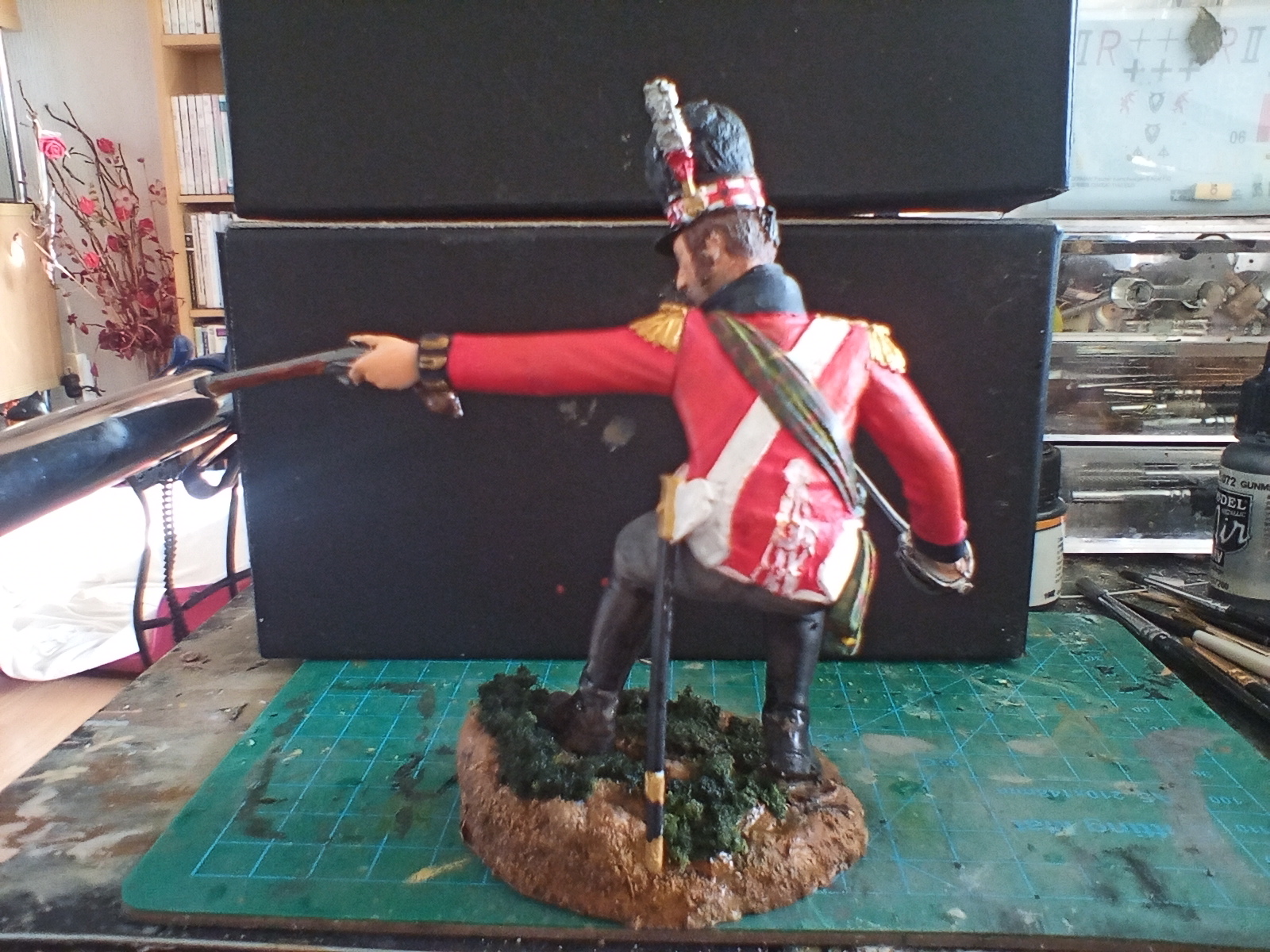 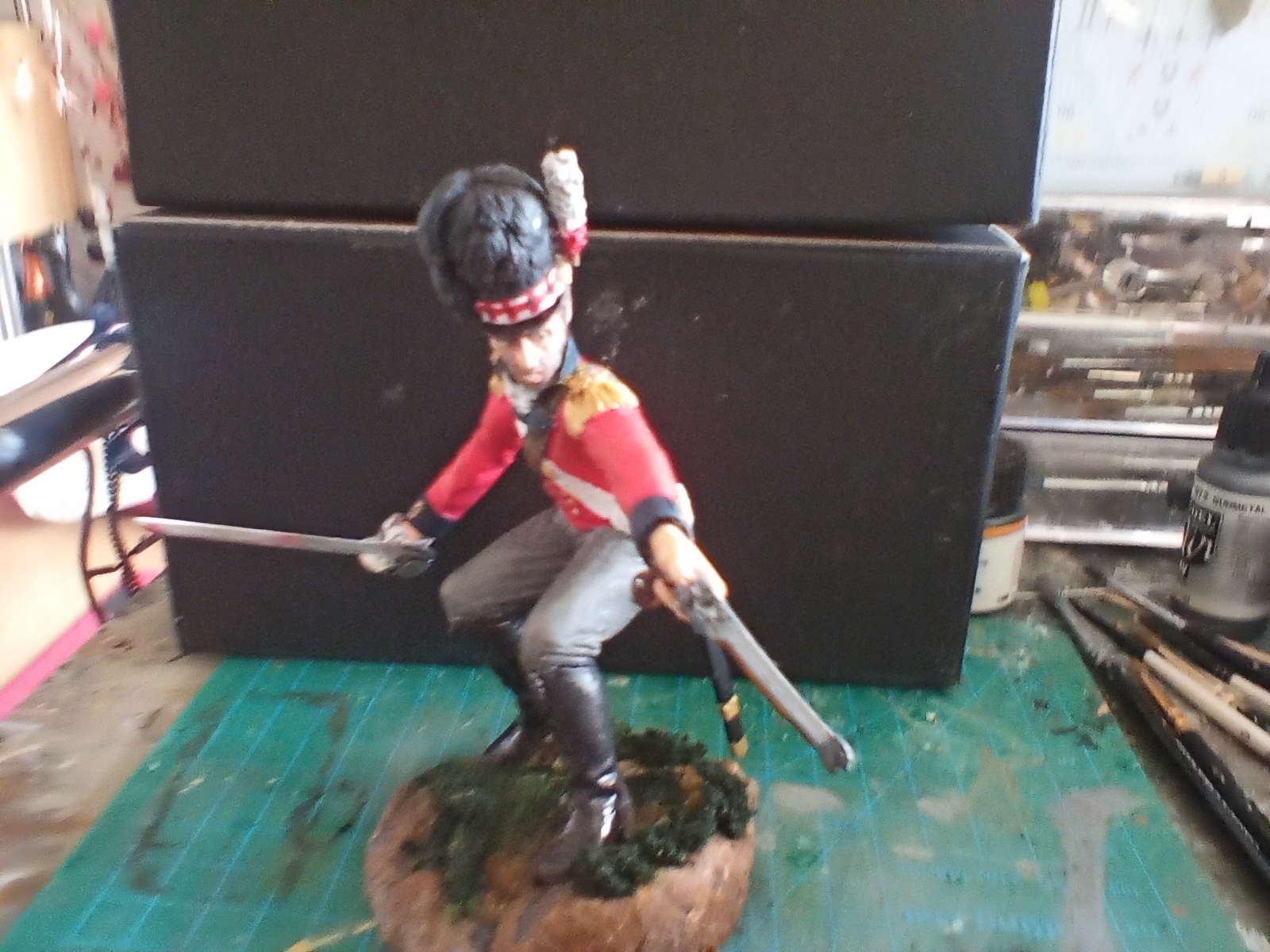 Paints used throughout were Vallejo's model colour acrylics with Lifecolour Acrylics used for skin tones and washes. After priming the pieces with Halford's grey primer, the jacket was undercoated in Matt orange, the britches and boots undercoated in Light Grey and the cap in Dark Grey. Gold trim on the uniform were undercoated in Yellow. Skin tones were understated in Life Colours 1st base.

Once dry, the jacket was given a coat of Dark Vermillion with Dark Prussian Blue collar and cuffs. The epaullettes were painted Brass first with Gold dry-brushed on top. Britches were given a coat of Sea Grey, Boots done in Life Colour Blue-Black and sword belt painted Off-White. The sash was painted Dark Green with Yellow and Vermillion stripes in the style of the Regimental tartan.The cap was painted Matt Black with White for the Headband and Gloss Black for the peak. The plume was initially painted white with Vermillion added once dry.

Once all areas were dry, I added Red to the folds on the jacket and highlighted the raised areas with Red-Orange. Trousers, Sash an boots were dry brushes with Deck Tan followed by a wash of Black. The sword was painted Natural Steel with the Basket Hilt painted in Silver. Once dry, it was given a wash of Black. The wooden furniture of the pistol was painted in Mahogany Brown and then finished with Wood Grain. The metalwork of the flintlock was painted in Gunmetal Grey and the drybrushed in black. The cap was finished by drybrushing Grey-Black over it, filling in the Red chequered band and then adding the black middle squares. The skin areas were all highlighted in Light Flesh with Sunny Skin Tone added to the creases. I used a Grey Shadow wash from Life Colour's Quick Flesh Shadowing set, to give a "blue chin" effect. The eyes were Deck Tan followed by Pink lower kids and Medium Green pupils..

The base was treated with various Browns and washes of Brown Black. I added some Dark Green scatter for low scrub with a sprinkle or two of Green grass mixture. I am reasonably pleased with the result and hope it meets with your approval.

Smeggers out.
I've been everywhere and I've seen everything there is, but I never saw the light.
Scared to death of dying so I do my best to live,out of mind and out of sight.
(Kris Kristofferson)
I commend my soul to any God that can find it (Sir Terry Pratchett)
TOTGAF

Kit Reviewer
Book Reviewer
Reviews Editor
A great bit of work there Smeggs.
The views, opinions, remarks made by Auld- Yin are his personal ones and do not represent any other person, organisation or institution.

Moderator
Book Reviewer
Once again mate another improvement in your figure, a really nice bit of work there. Tartans are a nightmare to do as well.
NULL