On the 20th of this month a CMV-22B assigned to Fleet Logistics Multi-Mission Squadron 30 (VRM-30), the “Titans,” landed on board the nuclear aircraft carrier USS Carl Vinson underway on routine maritime operations in the Pacific Ocean. This marking the Squadron’s first carrier landing with the new COD Greyhound C2 replacement.

The Titans of Fleet Logistics Multi-Mission Squadron (VRM) 30 will be the first unit to field the CMV22B’s which are taking over from the Navy’s present fleet of C-2A Greyhound carrier onboard delivery (COD) aircraft. With a greater range than the C-2A Greyhound the CMV-22B has a bigger cargo capacity, enhanced beyond-line-of-sight communications, and cargo loading and unloading can be done faster. The new CMV22B’s differ from the Marine Corps and Air Force versions with a larger fuel capacity wing mods to deal with greater weight and unlike the C2’s can deliver an F-35 engine to a carrier.

C-2A Greyhound was a derivative of the E-2 Hawkeye and replaced the piston-engine powered C-1 Trader in the Carrier On-board Delivery role. The C-2A shares wings, and empennage with the E-2 Hawkeye, but with a widened fuselage and a rear loading ramp. Two Allison T56-A-425 turboprop engines; 4,600 shaft horsepower each and a range of over 1000 nm it has served well. The greyhounds will now gradually be phased out by 2024. 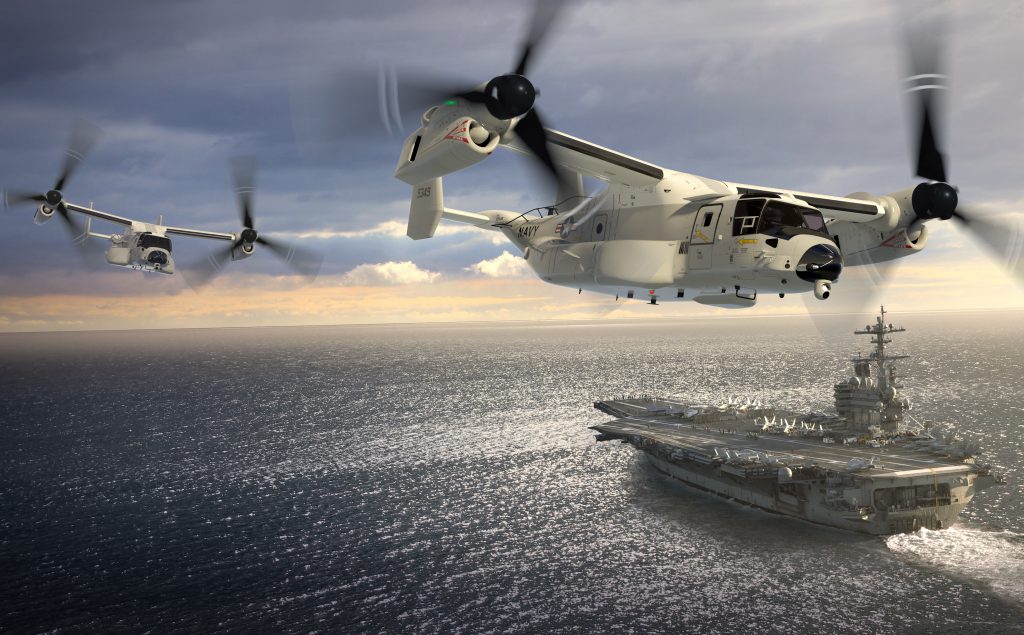 It would be very nice to have.
@Bravo_Bravo is my internet stalker the massive worms anus.
R

It would. No doubt the Big Liz will probably be getting a visit from them.

Himmler said:
It would be very nice to have.
Click to expand...

Always looks amazing when I see them on flyovers nearby.
Barclays Fantasy Football 2017/18 ARRSE Champion

Grim_Squeaker85 said:
Always looks amazing when I see them on flyovers nearby.
Click to expand...

Looking quite nimble and sporty as it delivers its load of potential Jarheads to the front.