Marine Corps Commandant Gen. David Berger has been pushing for an anti-ship missile capability especially when firing from land to sea, to give the Marines the tools to operate in small teams both aboard and off the ship, against peer navies such as China. Denying them sea lane access and striking from cover.

This in line with his ongoing strategy to streamline the Corps and prepare it for what he believes will be the increasing threat of conflict with China in the S China Sea. He aims for greater lethality, flexibility and dispersal of the Corps together with closer co-operation with the Navy.

The Navy-Marine expeditionary ship interdiction system, or NMESIS presently being tested is the new Raytheon-made NSM Navel Strike Missile which carries a 500-pound warhead, and is a long-range, precision strike weapon that seeks and destroys enemy ships at distances greater than 100 nautical miles, and the remotely operated ground unit for expeditionary vehicle, of ROGUE, which basically is a remote-control joint light tactical vehicle.

During the Exercise two NMESIS were employed, one delivered by C-130, another delivered by LCAC hovercraft. The missiles apparently both struck the ex-USS Ingraham after flying over 100 miles to their target via indirect waypoints. A big accomplishment for the Marines' anti-ship missile system program only around two years old.

The NSM itself is a relatively new stealthy missile that is extremely versatile and can be fired from a variety of launch platforms.


A statement commented that the Exercise had provided a testing environment for new and developing technologies to connect, locate, identify, target and destroy adversary threats in all domains. It had culminated in the live-fire demonstration of the naval strike missile against a sea-based target.

During the exercise, forward-deployed forces on expeditionary advanced bases detected and, after joint command and control collaboration with other U.S. forces, responded to a ship-based adversary. Simultaneous impacts from multiple, dispersed weapons systems and platforms across different U.S. services—including NMESIS—engaged the threat. 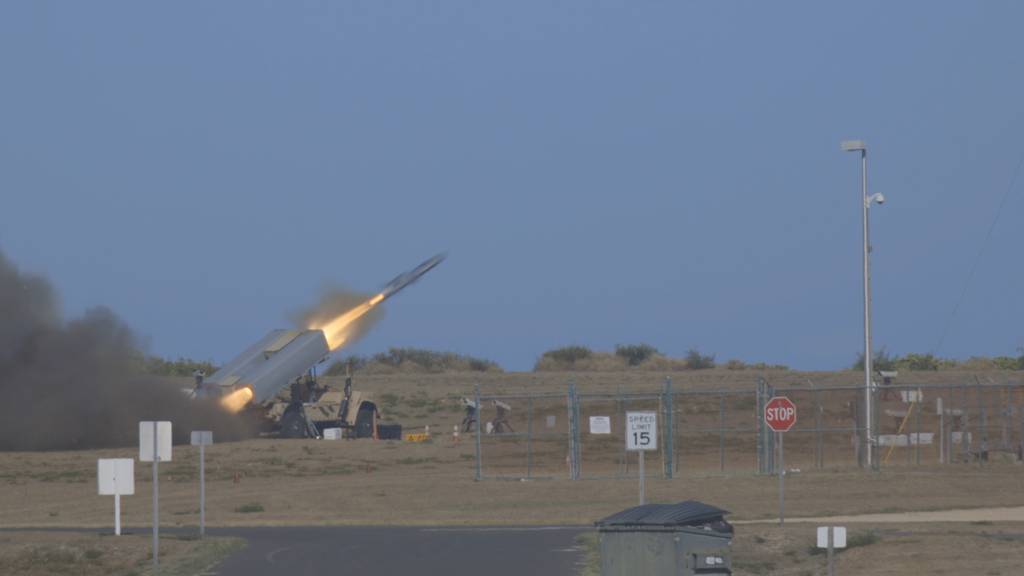 The missiles traveled “in excess of 100 nautical miles.” And not in a straight line, either.

The Army is also looking at the sea control mission - looks like they are focusing on long range systems (1,000 NM) while the USMC undertakes the expeditionary mission.


Army Picks Tomahawk & SM-6 For Mid-Range Missiles - Breaking Defense
"To spit on your hands and lower the pike; to stand fast over the body of Leonidas the King; to be rear guard at Kunu-Ri; to stand and be still to the Birkenhead Drill; these are not rational acts. They are often merely necessary."
-Pournelle
R

ABNredleg said:
The Army is also looking at the sea control mission - looks like they are focusing on long range systems (1,000 NM) while the USMC undertakes the expeditionary mission.
Click to expand...

The huge increase in both numbers and capability of the China’s People’s Liberation Army Navy’s fleet together with its increased belligerent intentions in the S China sea has brought anti-ship capabilities back to the focus of the US and all its military arms.

There have been significant improvements in their speed, range and capacity to overcome shipboard air defences with stealth and survivability. The ability to operate at increasingly long ranges has become an important requisite for surface warfare.

The emphasis on the development of long-range and ballistic missiles in countries that are operating from a position of relative naval weakness, like Russia, China or India has been notable. Their focus on developing anti-ship missiles that allow them to out-range the air wing of a carrier force can be seen with the Indian Navy’s BrahMos supersonic cruise missile and the new Russian Tsirkon (Zircon) hypersonic missiles with ranges approximately 400 and 350 kilometres respectively.

China’s development of its ‘anti-access system’ aims at the US Navy's strengths. Carrier battle groups operating relatively close to the combat theatre dominating the air over the sea space and dominate the sea space.

China's long-range strike capabilities like the DF-21D with a 2,000 km range, or the DF-17 hypersonic glide vehicle, together with the development of the satellite networks that can track vessels on the surface to aim these missiles now make deploying carrier battle groups into the western Pacific increasingly dangerous for the USN.

How then does the USN deny control of the sea to the People’s Liberation Army Navy, without having carrier battle groups in theatre in the early phases of a conflict, and anti-ship missiles have been increasingly the answer.

The US Marine Corps more distributed expeditionary forces taking and holding advanced bases on islands in the Pacific then using them as missile launch points, together with the US Navy and Air Force deploying long-range anti-missile (LRASM). Getting as much firepower as possible from distributed sets of platforms in a combination of aircraft, surface vessels and ground-based launches.

The US Navy now has operational capability for the LRASM on the B-1B bomber and F/A-18E/F Super Hornets with ship launching capabilities also demonstrated.

LRASM equipped with BAE Systems’ long-range sensors, seekers and targeting technology enable missiles to autonomously search for and identify adversary warships. Sorting out enemy vessels by matching the radar profile to data to an onboard database detecting and engaging protected ships in all weather and visibility conditions without external intelligence and navigation.

To counter adversaries’ robust electronic warfare and GPS jamming competence which make seeker and guidance systems standoff capabilities more vulnerable, LRASMs do not use their own radar systems to search for targets but home in on an enemy’s radar signals. Updates on course guidance/targeting/jamming and evasive tactics may well be possible from linking with other assets such as the increased F-35B presence and increasing numbers of the carrier borne C’s.

Many navies are upgrading their anti-surface warfare (ASuW) capabilities. We analyse the motives and some of the most capable technologies.