Goatman said:
Just came across that...its worth a watch.

And another perspective, for those with an interest in 6 June 1944.......contemporary colour footage from a US Army photographer Jack Lieb. Documentary was made in 1969.


Learning point for me....the shots of British troops landing ( often used in documentaries) was taken by an automatic camera,mounted on the Landing Craft so that if the invasion failed, lessons could be learned.
Click to expand...

At 7:18 are the two soldiers carrying something between them black?
I wants to finish my little bit and I wants to get home for my tea.

CutLunchCommando said:
At 7:18 are the two soldiers carrying something between them black?
Click to expand...

yes
Looked like a wire reel to me there was a Segregated VLA barrage balloon unit the 320th assigned to D-day
Proud member ARRSE Vermin as per Pants'O'Flame, the turps drinking rough sleeper pigeon rapist

CutLunchCommando said:
At 7:18 are the two soldiers carrying something between them black?
Click to expand...

Hard to say. They don't appear as pink as the other troops around them, but they could be Caucasians with dark suntans or Native Americans with a swarthy completion, or light skinned Negros. They appear to be humping a roll of telephone line between them so maybe they were commo troops. It's anyone's guess if they survived the landings, I hope they did. 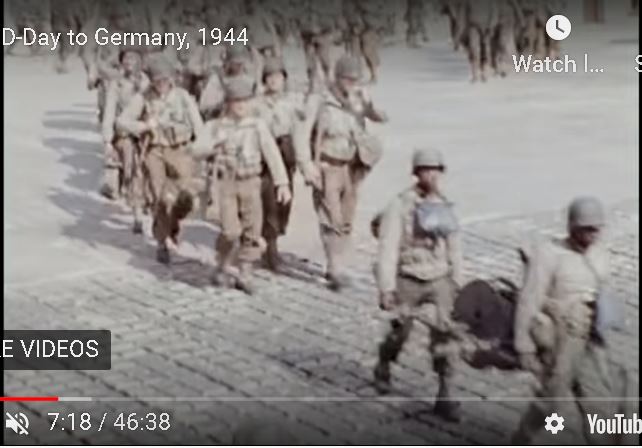