re-stilly said:
Surely Room Service caters for all that so all they need is the kettle and the little sachets of coffee?
Click to expand...

I actually got room service with breakfast at Church House Wuppertal back in the day. I had been out somewhere and when I got back to the Workshop found out I had volunteered for the week long event. It was a good skive though I have to admit.

Roadster280 said:
Section 12(1) indicates any punishment available, subject only to a maximum of 10 years‘ imprisonment.

So in theory, you plead guilty, the CO remands you to CM for punishment and you get 119 months’ imprisonment, £100,000 fine and dismissed.

But you’ll probably get some extra duties or a £100 fine.

Not quite. There is no COs ‘remand’. If the CO deals, having taking legal advice, the punishments are listed within the MML. Summary hearing (SH) cannot imprison any soldier.
ARRSE speling champeon 2019

Quo_vadis said:
The worst end of the sentencing scale is generally reserved for stuff that occurs on ops, so don't pay any attention to the maximum penalty (or anywhere near it).

If I were you, I would be very careful about following the 'go for court martial' advice. Remember that those judging you at a court martial are fellow Army personnel (albeit senior ones) and they are naturally very supportive of the military disciplinary process, except where there has been some very glaring abuse thereof.

If you were told in very clear terms (directly or via a written order) not to do something and you did it, then (provided the order wasn't unlawful) you will almost certainly be found to have acted wrongfully, by your OC, CO or CM. Also bear in mind that a summary hearing will happen quickly, whereas you could be waiting months for a CM.

It's your choice, but I know what I would do.
Click to expand...

In respect to this, if you think this is a malicious prosecution, it is your right to elect a CM. If you do so, and are found guilty, the sentencing powers of the CM are limited to those at SH.
All of which should be in your “Rights of a Soldier”, which by now you have, right?
ARRSE speling champeon 2019

RangdoOfArg said:
Not quite. There is no COs ‘remand’. If the CO deals, having taking legal advice, the punishments are listed within the MML. Summary hearing (SH) cannot imprison any soldier.
Click to expand...

Max 28 days in unit jail no longer available to COs?

re-stilly said:
Wasn't a criminal record unless went to CM and or Civi Court. If so I have a Crim record for:

It's amazing how many people erroneously think that. You might have got away with it, but to be sure you would have to ask I guess. 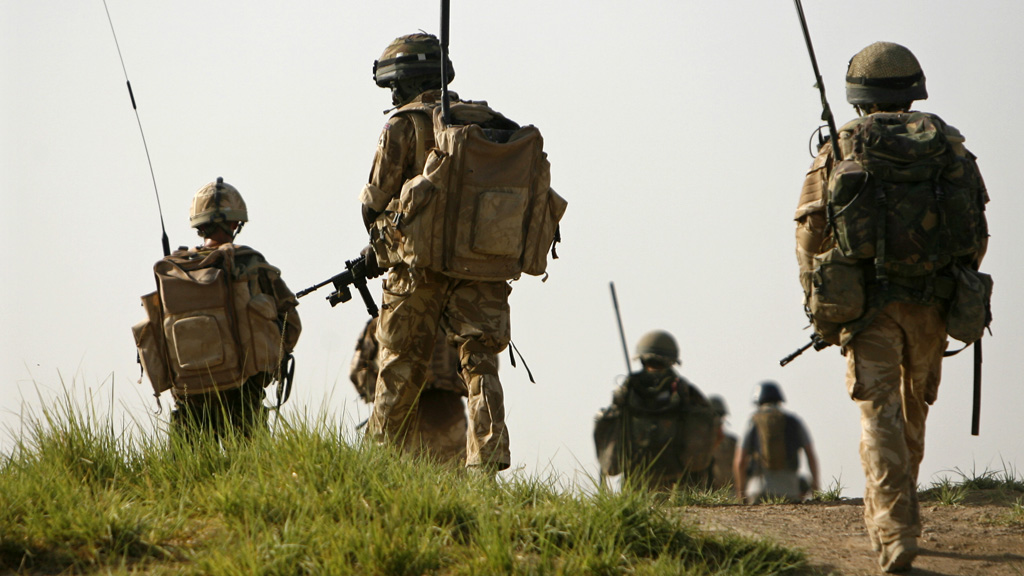 ‘Military justice left me unaware I had criminal conviction’

A former RAF airman tells Channel 4 News how a minor disciplinary offence led to a criminal conviction that could have adversely affected his chances of finding work after leaving the forces.

Don Carlo said:
You dont "elect" for trial by Court Martial anymore. On Summary Hearing, you are sentenced, say for example to 14 days detention. You have a number of options at this point......
1) serve sentence immediately
2) take 14 day "non detention option"......you do not go immediately into detention and have 14 days to lodge an appeal.......no appeal, into detention on the 15th day to serve sentence.
3) lodge appeal......may take months but you will not be detained till appeal heard at Court Martial.

Above only applies to Summary Hearings. Court Martial and you go straight to nick.
Click to expand...

Not true. On the SH forms it details the charges, and then the SH must ask if the person charged elects for CM, or if the SH can proceed.
ARRSE speling champeon 2019

CO's can sentence to a max of 28days.
They can get extended powers from Brigade and the max goes up to 90days.

Truxx said:
I think it still gets recorded in the conduct sheet though
Click to expand...

PapaGolf said:
I heard that you can claim back all your military fines
Click to expand...

re-stilly said:
Wasn't a criminal record unless went to CM and or Civi Court. If so I have a Crim record for:

Fiona_TG said:
It's amazing how many people erroneously think that. You might have got away with it, but to be sure you would have to ask I guess.

‘Military justice left me unaware I had criminal conviction’

A former RAF airman tells Channel 4 News how a minor disciplinary offence led to a criminal conviction that could have adversely affected his chances of finding work after leaving the forces.

True. Not only are there the old “civvy” offences, but these as well. Like AF06 s.11 (1), striking a superior officer. Rest assured, mistreating subordinates is not recordable (AF06 s. 22).
ARRSE speling champeon 2019

ACAB said:
Whilst instructing at the Guards Depot I walked on the grass outside of Company HQ. I was spotted doing so by the CSM, a particularly spiteful individual, who put me "On report" as it was in those days.

Come the day I was marched in and halted, turned to the left, and on hearing my name read stepped forward and saluted at the same time. The CSM then read the charge and proceeded to give his evidence. Pregnant pause and then from the Company Commander a plaintive "It's a bit petty isn't it CSM" I cringed inside realising that I had got off at the expense of making the CSM look foolish.
Click to expand...

Some Guards types might correct me, but didn‘t they have a system where the Company would enter it all in ledger which would have to be presented to the Adjutant weekly?
I think the idea was as above, nothing too heavy handed going on. Or they were all equally vicious, not sure depending on who to believe.
ARRSE speling champeon 2019

To the OP: if you are charged, you will know why. It has to be in the charge. You must also be given a copy of your “Rights of a Soldier”. Follow that advice.
Do not expect legal advice on here on your next course of action.
Good luck with whatever your plan.
ARRSE speling champeon 2019
B

I used to respect the forces. Now I just know you're a whining bunch of bleating cnuts.

RangdoOfArg said:
Be careful. Admonishment is indeed a recording of ‘charge proved’ on the conduct sheet. Although the lowest punishment, it is surprising the number of people that think it is a finding of “not guilty, but watch your step”.
It is recorded on the conduct sheet, and can be recorded on a PNC record.
Click to expand...

That is correct and the reason that I was legally fireproof.

Also this was a dozen years ago. When I knew this sort of thing inside out.

Bogie_Bear said:
I used to respect the forces. Now I just know you're a whining bunch of bleating cnuts.
Click to expand...

Ok, I’ll bite. I think we have had some good examples of arbitrary treatment at the hands of the CoC. It would be nice to think that your troop Sgt, SSM and OC were a combination of big brother, uncle and dad. But some families are a bit disfunctional. And as a private soldier, you can be vulnerable to army discipline. Especially so if you are dim and struggling (not directed to OP).
I happen to think the system in place is useful. Don‘t forget, the onus of discipline is on the individual to pull their weight. If they don’t, there is a system to deal with it. Any system can be abused, hence the opportunities for soldiers to have their say. How effective that system is, I don’t know for sure.
ARRSE speling champeon 2019

Truxx said:
You know who you are if you are reading this. You are on my list just under "DIO"

What did he do to upset you?
9

CO can sentence a Pte soldier to 28 days detention and up to 90 days if extended powers had been granted.

"Unit jail" is no longer the Provost Sgt's plaything! All detention has to be in a registered custody facility, and only there up to 14 days. After that you are off to MCTC.

It is slightly more complex and location specific - but I have not got all night to type it! That summarises the bulk of the armed forces under AFA06. Google anything else
Better to be six feet apart than six feet under
You must log in or register to reply here.