The contract includes the provision of integrated sensors, spares and ancillary equipment, training, and technical support.

According to the MoD, the MARTAC T12 was selected following a study on commercial off-the-shelf (COTS) products that would validate the use of low observable USVs for distributed maritime operations. The study - which began in February 2019 and utilised two leased MANTAS T12 USVs - was led by jHUB, the London-based innovation centre for JFC.

The MoD noted that the MANTAS T12 has a low observable design with minimal radar cross section, thermal, and noise signature. It added that the USV also has the unique ability to partially submerge at will, enabling the sea vehicle to reduce its visual detectability.

"[The USV] is integrated with payloads and a ground control station making it capable of operation as a complete system without further development," the MoD stated. "Everything else on the market at the time of survey either failed one of the low observable characteristics or was available only as a development project."

The Strategic Command and Royal Navy will receive two and three USVs, respectively.

According to Jane's Unmanned Maritime Vehicles , the catamaran hulled MANTAS T12 measures 3.6 m long, 0.9 m wide, and 0.35 m tall. It has a fully laden weight of 95 kg and can cruise and sprint at speeds of up to 20 and 50 kt, respectively.

When in its semi-submersible state, the USV's only visible sections are its antennas and top-mounted sensors. 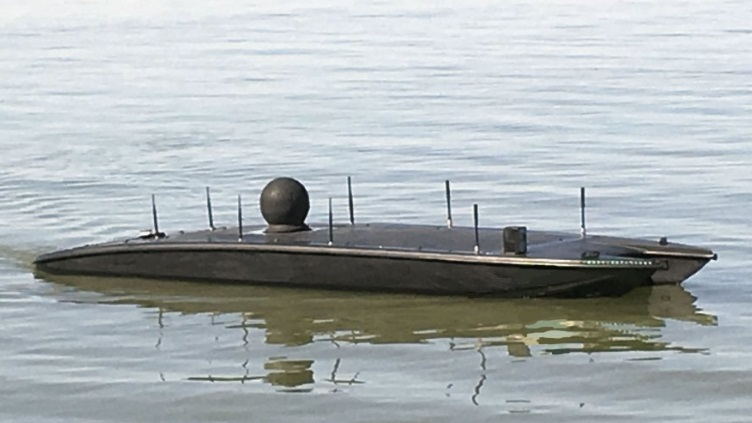 Janes | The latest defence and security news from Janes - the trusted source for defence intelligence
www.janes.com
Do the right thing, even when no one is watching . . . It’s called integrity.

Looks like it could be more fun than chasing the ducks on the local pond with an RC model Bismarck... 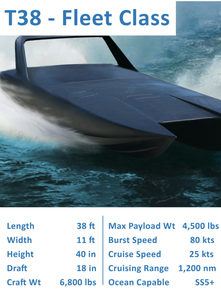 martacsystems.com
Last edited: 5 Feb 2020
169% Civilian so bear with me if I sometimes talk b*ll*cks