The British military is set to take one of its most significant steps into the digital age with the launch of the first Skynet 5 satellite.

The spacecraft will deliver secure, high-bandwidth communications for UK and "friendly" forces across the globe.

It is part of a multi-billion-pound project that will allow the Army, Royal Navy and RAF to pass much more data, faster between command centres.

The Skynet 5A platform lifts off from Kourou, French Guiana, on Saturday.

A second and third spacecraft will be added at a later date to complete the constellation.
Click to expand... 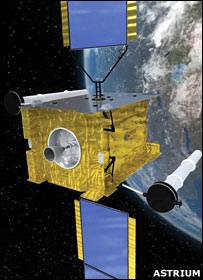 I dont trust it.

How do we know it wont become self-aware?