There’s already a capital punishment thread. Take it over there.
You may not believe in God or a God, but trust me, when you’re really in the shit you will pray to everyone.

dingerr said:
There’s already a capital punishment thread. Take it over there.
Click to expand...

" All cheese possessed to be used in an anti-tank roll "

CSM's Despair.. said:
I see it differently. Capital punishment is ugly. Imprisoning a human being until he dies, with all the humiliations and degradation that implies, is a form of torture and is repugnant.

If you're going to irrevocably take away a man's hope, it's more humane - and a lot more honest - to walk him around a corner and quickly top him.
Click to expand...

And it will cost the tax payer a hell of a lot less than putting someone in the slammer for life or 40 odd years say
But I may also add,
'A man is generally what he feels himself to be'

Let's get back to a society where support / opposition to a political party doesn't constitute an entire identity and where it's possible to criticise without dehumanising.
Click to expand...

The modern fashion is that people you disagree with aren't just mistaken, they must also be damnable..
NULL

MOzanne said:
The modern fashion is that people you disagree with aren't just mistaken, they must also be damnable..
Click to expand...

The art of vigorous debate is dead nowadays, if you disagree with someone you are classed as being a nazi,racist,hater etc depending on what political leaning the person is. If you are not mainstream lefty, then may the gods help you. Mental as hell, and it breaks me.
But I may also add,
'A man is generally what he feels himself to be'

Ursus Major said:
It deters the person who gets hanged…
Click to expand...

Oh 100% in terms of I would like to see some of these cowardly murdering toerags swing by their necks, but let us not pretend it is anything but vengeance...
"She makes the prize in my Levi's rise." Me to oppo about fit Lt-Cdr at HMS President, 2019.

Our best days are ahead of us.
O

I thought justice was about vengeance. I didn't think we jailed people for their own good.
I've seen things you wouldn't believe - a British army three times the size of this one with more kit than you could shake a stick at.
M

Mbongwe said:
Oh 100% in terms of I would like to see some of these cowardly murdering toerags swing by their necks, but let us not pretend it is anything but vengeance...
Click to expand...

Best figures show we'd have hanged 150 innocent people since 1970. That isn't deterrence it's the destruction of the state as the custodian of law and order...
NULL

Whilst reading through this thread I have been thinking about the penalty for murder in this country. It has already been stated earlier that it was initially life imprisonment after the abolition of the death penalty. That was abolished/revised/waived/whatever on financial (and bleeding heart) grounds. This has been retained for the murder of a police officer, it has been suggested up thread that it should also apply to our MP's because they are the face of parliamentary democracy in this country, therefore an attack on them is an attack on us all. I am not comfortable with this because it does create a "some are more equal than others" position when we are all supposed to be equal in the eyes of the law. I know, please stop laughing at the back. I do think that the penalty for this offence should be in line with an attack on a member of Joe public. If our MP's are not comfortable with that degree of protection in law then it should be raised for all of us, not just a chosen few.

It has been reported that the person "responsible" (mental health defence/angle not yet known) for the attack originated in Somalia. How he got here and how he became British may come out in the future. Whatever the case we will not be able to deport him because it will breach his human rights etc etc etc. I do think it is long passed time that we put conditions on there being granted whatever status in the UK. If a domestic prisoner is released on parole we can attach conditions to that parole, breach them and back inside you should go. Similar conditions should apply to our uninvited guests - you chose to come here, these are our rules, breach them & it's the first plane back to where you say you come from. HR conventions should not be a licence to commit murder.
S

oldsoak said:
I thought justice was about vengeance. I didn't think we jailed people for their own good.
Click to expand...

Don’t say that to the noble in our ranks. Without punishment society will resort to the law of the jungle, to right wrongs which would be quite messy.
Last edited: 16 Oct 2021
M

oldsoak said:
I thought justice was about vengeance. I didn't think we jailed people for their own good.
Click to expand...

words.. it isn't just about punishment/revenge/retribution it's about demonstrating that the crown, via Police and the courts will punish crime and defend society from violence.. if that fails we are forced to look to our own resources and hello dark ages...
NULL

Sir David was anti abortion, I am sure he would be anti CP, as said, take the CP talk to another thread.
F

Archimedes said:
That was one of the motivations in the 19th Century that drove Peel, when Home Secretary, to set about the so-called 'Bloody Code' with a legislative axe. There were so many offences which had come to be seen as being subject to excessive and unreasonable penalty (death and to a lesser extent transportation) that juries refused to convict.

On top of that: prosecutors and defence council, with the approval of judges, openly connived to ensure that the accused, if they were convicted, was convicted for an offence which carried a much less severe penalty than the one prescribed in statute; victims of crime cheerfully admitted that the theft of property worth more than 10 Shillings (I think it was) was of property coming to a value of 9 and 6 pence to spare the felon transportation [39 Shillings and 6d if they wanted to spare the rope, since above 40 Shillings and it was mandatory death] while men who had never set foot in a church would, as they were about to face sentence - and again without anyone batting an eyelid - claim benefit of clergy which had originally started out as preventing clergymen from receiving the most punitive sentences and which - through demonstrating the ability to read a passage from the Bible [usually after careful coaching from the local vicar who in some instances would prompt the convict as they read it, aided by the judge 'I think you stumbled and were saying 'sayeth the Lord' rather than, 'Er...' , is that correct?/'Er... yes, M'Lud'/'Good, good, carry on from [judge then reads out the next sentence which the convict then repeats])

Peel concluded that this was simply bonkers and brought the law into disrepute, so set about changing the sentencing for an array of offences so that the public felt that the system was proportionate. I suspect that while the Couzens and Huntleys of the world would face the rope, others deserving of a murder conviction would find themselves acquitted and convicted of manslaughter instead - probably then not getting a sentence as harsh as those imposed now in many instances.
Click to expand...

Roti said:
Some of the papers are stating a 'British man of Somali heritage'. Marvellous narrative - still trying to disguise the real problem.
Click to expand...

To describe that piece of filth as British is an insult.
Facebook-if it didn't exist the communists would have to invent it.

Eat, drink and be merry, for tomorrow you may be in Utah!
F

Ex Observer said:
And it's now officially a terrorist attack. 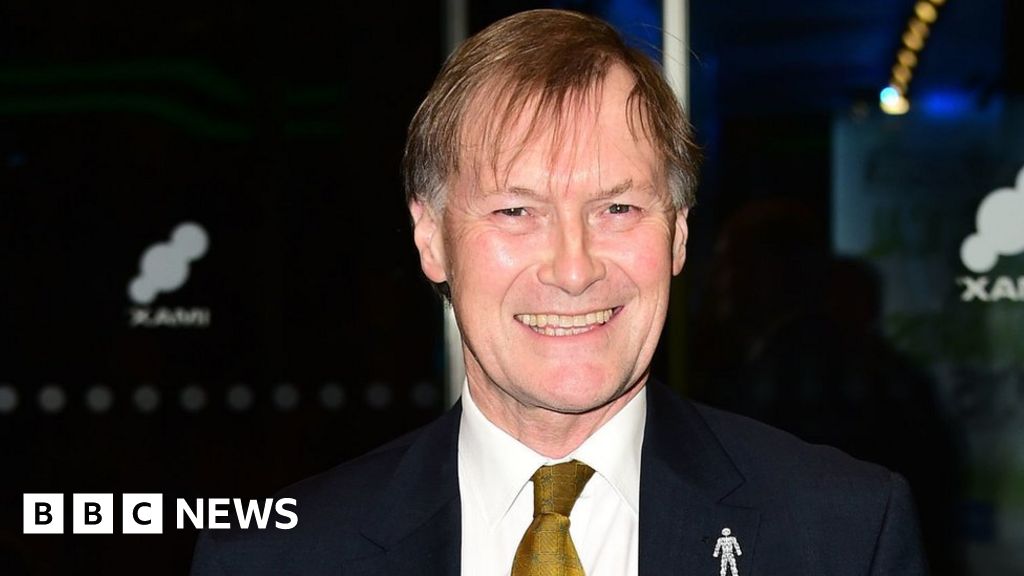 I bet the BBC won't mention 'the religion of peace' or that he is thought to be of Somali origin...oh, they did.
Last edited: 16 Oct 2021

Roti said:
Some of the papers are stating a 'British man of Somali heritage'. Marvellous narrative - still trying to disguise the real problem.
Click to expand...

What is the real problem, in your opinion?
M

CSM's Despair.. said:
I've a feeling they deployed Centurions in the Bogside.
Click to expand...

I seem to remember it was an AVRE and was brought forward to clear major roadblocks.
P

Thanks Filthy. Its always good to have someone whose high up in the civil service to give us the inside track on what is going on. I always suspected it was down to what you just said.
Last edited: 16 Oct 2021

MOzanne said:
Best figures show we'd have hanged 150 innocent people since 1970. That isn't deterrence it's the destruction of the state as the custodian of law and order...
Click to expand...

Umm, no.
Not everyone convicted of murder WAS hanged, back in the day.
F

Blacula said:
Really ? current public opinion would allow Wayne Couzens to be lit up via coal powered electric & extinction rebellion would fight amongst themselves to flick the switch.
Click to expand...

I doubt it very much, if the public had to make a personal decision on a Jury that would result in the killing of a person in cold blood.

How many talented rappers, footballers etc have not been stabbed in Chester this year - Just for The_Duke
2