As the 10th anniversary of the dear leader's Prime Ministerial tenure approaches I thought it would be an opportune moment for us all to give thanks to him and the rest of New Labour for all that they've done for us.

Oh that's it, little foxy woxies are now far more likely to be poisoned, left to bleed to death in snares or shot than they are to be caught by hounds which hardly ever happened anyway.

The only way that c*nt is getting his hands on a tangible legacy is if he manages to locate his nearest Subaru dealership.

He has reformed the NHS to its knees, spewed out so many new and pointless laws that no one knows what is legal any more, tied the polices hands, stripped the forces, sold the country out to the EU, lied to the people of this once fine land, shall i go on

His finest achievement is being crowned the world biggest CNUT

Book Reviewer
How many of our fallen comrades can we put down to him?
Quis custodiet ipsos custodes?

He has most successfully, and with great deviousness and cunning (okay maybe not), asset-stripped every last shred of worth the public sector and armed forces ever had. Selling half the navy to India ffs. Turning the NHS into a PFI management training school. Devaluing higher education with micky mouse 'Jade Goody studies' type degrees... Deflating the rule of law to the extent that a few months ago when I was confronted by a pikey b*stard with a crowbar, and I dialled the 9s, the Police farce were more concerned with me referring to said 'esteemed member of the travelling community' as a pikey b*stard, than they were about him waving a crowbar at me demanding my car keys

'Nuff said. Crawling back into my hole. 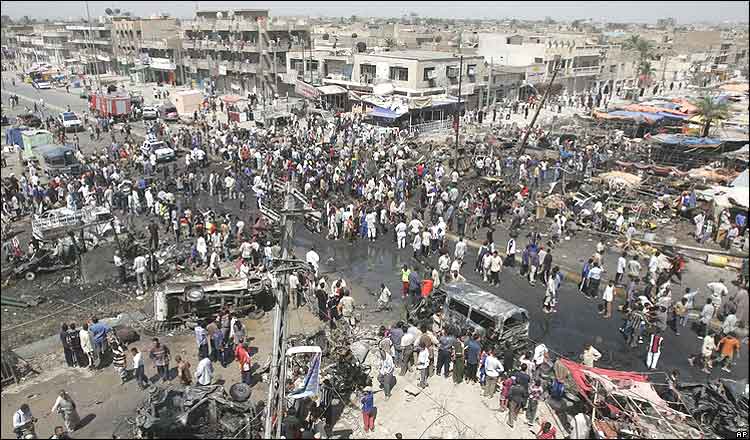 ^ looks like chucking out time in Preston at the weekend

Managed to do more damage to this country than WW1, WW2, IRA, Al-Quiada combined?
L

Book Reviewer
Have just heard of another good scheme from Tonys ' oiks. In this months Yachting Monthly magazine there is a report of a scheme to house asylum seekers in unused yachts! Unused, according to The One Four All Policy Institute, in its paper 'Places For The Pursecuted', means unvisited for four weeks! A spokesman said, "There is bound to be some resistance from yacht owners but I would beg them to think of others less well off." Yeah, right! Now I can hear some of you saying "if he's got a yacht, he can afford it" but it has taken me six years of bloody hard work and a good lump of money to save my boat from sinking and bring her back to life. I bought her as a derelict hulk. Where were Tony and his pals when I needed a lift with some of the graft. Anybody steps aboard my boat uninvited gets a boat hook ***********, curly end first!