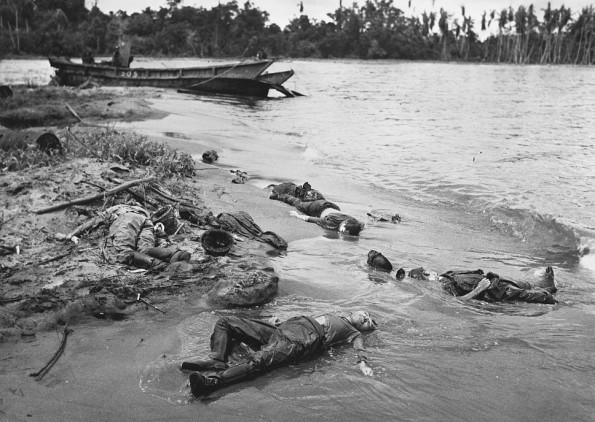 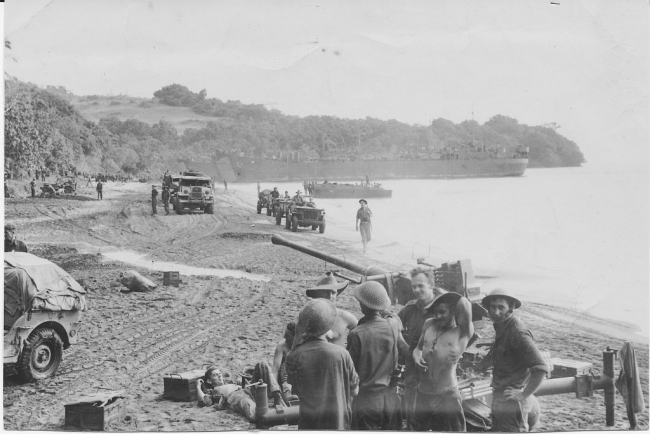 "To argue with a man who has renounced the use of reason, whose philosophy consists in holding humanity in contempt, is like administering medicine to the dead”
B

Sorry Goatman but the second image is not Buna/Gona/Sannanada. The terrain is completely wrong for that part of PNG and the vehicles and equipment are not consistent with that campaign. It was the culmination of the drawn out fighting from mid 1942 where disease, the weather and the terrain had a huge impact on the morale, health and fighting abilities of the troops involved.

A quick tineye search indicates it is Scarlet Beach which was during the Finschafen battles in September 1943, I think by 9th Australian Division. Australian forces were better equipped, trained and prepared than they were in 1942 and things were not quite as desperate.

Not trying to "shoot the messenger", just trying to be historically accurate. I have seen a lot of imagery of the various campaigns in PNG over the years and my knowledge of the country, so basing my opinions on that.
C

Kit Reviewer
Meanwhile, 141 years ago today our forefathers had just closed a small engagement in Natal.

The redcoats had nowhere to run so stood and fought, their opponents tired, hungry but looking aggressively for a fight, having been the unused reserve from the previous day's engagement.

The rest of the story we all know, (unless you've only seen the film,) both sides suffered a similar percentage of cas, but the British were undefeated.

To say the eleven VCs were only awarded to cushion the defeat at Isandhlwana is disingenuous.
Yes the okes were fighting with their backs to the wall, but their medals were truly earned.
The attacks of the iNdluyengwe, uThulwana, iNdlondo and uDluko amabutho against well trained troops armed with Martinis showed immense bravery too.

"They fought like lions."
A description from both sides in the Zulu Wars about their opponents, and obviously well deserved.
- #diymetoo
- Apparently some moderators take themselves very, very seriously, and cannot abide posts such as:
"If however you offer to moderate you may be a sanctimonious, unfunny pissflap to your heart's content."
- Some comments are allegedly "very very nasty and uncalled for."[/U]
- FISHMO

Do or Die in Iraq