Today 29th : Battle of Anzio 1944 - quite well-known to most Arrsers.
Denis Healy was a beachmaster there as a Captain. Well covered in the World At War episode entitled 'Tough Old Gut'

Tomorrow 30th Jan : Tet Offensive opened 1968 Vietnam. As above.
- Old and bold news watchers will probably have a memory of a very young Martin Bell reporting from outside the U.S Embassy in Saigon, as the USMC contingent and military police fought to evict a small team of Viet cong from the compound.

I thought Anzio kicked off on 22 Jan 1944. Sounds like you've got a duff 'expensive new military Pocket Diary'.

1814 - War of the Sixth Coalition: Russia and Prussia are defeated by France in the Battle of Brienne

SkippedOnce said:
I thought Anzio kicked off on 22 Jan 1944.
1814 - War of the Sixth Coalition: Russia and Prussia are defeated by France in the Battle of Brienne
Click to expand...

On this day 29th January 1916 British military tanks had their first trials, in Hertfordshire.

The tank trials held at Hatfield Park were vital to the war effort. The first one took place on 29th January 1916 and the second one a few days later on 2nd February. A couple of days after this a private demonstration of the trials was organised for the King, Lord Kitchener and David Lloyd George. A mock battlefield had been laid out with trenches and shell holes of various sizes.

Following these trials, the tanks took part in the Battle of the Somme.

Photo of The first official trials of the tanks using Mark I tanks.
•Here's a couple of good articles about the tank trials held at Hatfield Park:
http://www.hatfield-herts.co.uk/features/wwI.html 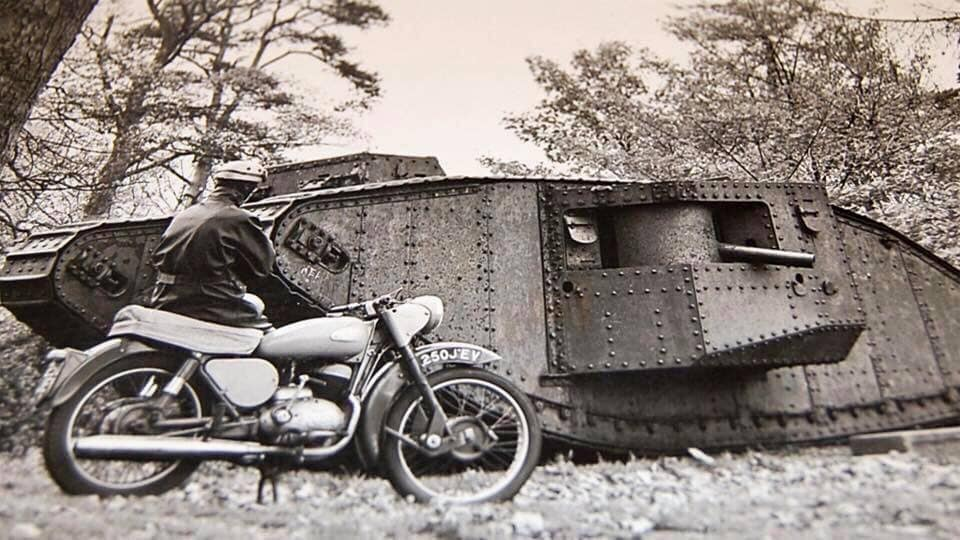 ...As a kid in Hatfield, we used to clamber all over this critter...the casemates/sponsons were full of dead leaves and rubbish. Now been removed to the Tank Museum at Bovington .
' Don't it always seem to go, that you don't know what you got till it's gone ? '

" The Asantahene, the ruler of the Ashanti, signed the Treaty of Fomena in July 1874 to end the war. Among articles of the treaty between H.M. Queen Victoria, Queen of Great Britain and Ireland and H.M. Kofi Karikari, King of Ashanti were that "The King of Ashanti promises to pay the sum of 50,000 ounces of approved gold as indemnity for the expenses he has occasioned to Her Majesty the Queen of England by the late war..." The treaty also required an end to human sacrifice and stated that "There shall be freedom of trade between Ashanti and Her Majesty's forts on the [Gold] Coast, all persons being at liberty to carry their merchandise from the Coast to Kumasi, or from that place to any of Her Majesty's possessions on the Coast." Furthermore, the treaty stated that "The King of Ashanti guarantees that the road from Kumasi to the River Pra shall always be kept open..." Wolseley completed the campaign in two months, and re-embarked for home before the unhealthy season began.

Wolseley was promoted and showered with honours. British casualties were 18 dead from combat and 55 from disease (70%), with 185 wounded."

Which, when you consider the parallel butcher's bill from the Boer War (especially disease), was remarkable.

Students of the era might find the account from the 1911 Encyclopedia Britannica of interest ( as it shows the Imperialist viewpoint, rather than the woke view from the Wikipedia entry:

" Seventy-one per cent of the troops were on the sick list, and more than forty officers died—only six from wounds. " 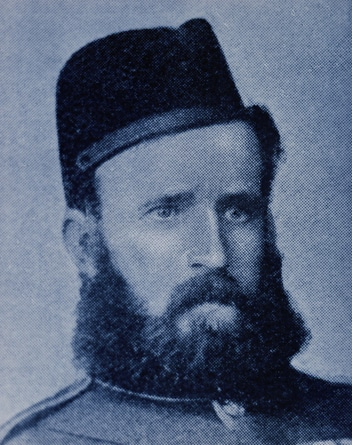 The Battle of Keren | History Today

Ironically, this campaign took place following the Italian incursion into Southern Sudan in 1940.

Where a British Army contingent is currently deployed as part of Op TRENTON.


' Sir, Please inform the U.S Ambassador that the only American chicken we want - chlorinated or not - is Anne Sacoolas '
Sunday Times: Letters 02 Feb 20.
You must log in or register to reply here.