Those In Peril Upon The Sea

Saw the below today - For some reason, I would love to out at sea in these conditions (in a BIG BIG ship), looks exhilarating! However, I am in no doubt this is a stupid idea - the nearest I have been was in a cross channel ferry that had a bit of a lean (note this is not a claim to have been on Herald of Free Enterprise, that's a different thread).
Any stories of bad storms at sea?

Looks pretty tame to me. No worse than the North Sea in January. You can see in the vid that the 170 thousand tonne ship he's in is barely feeling it.
A l'eau; C'est l'heure.

yeah, try that sea state in a minehunter; a little more "sporty"...
“Grant unto them the assurance of thine ancient promise that thou wilt ever be with those who go down to the sea in ships and occupy their business in great waters."

Standing on the bridge of a Hunt and watching a sister ship in company slamming, thinking that it looks uncomfortable but suprisingly cool, then realising you're doing the same thing.
A l'eau; C'est l'heure.

I went on a dolphin pleasure boat cruise around Cardigan Bay ONCE.

Booked the 1 hour trip, whish I'd booked the 1/2 hour trip, come to think of it I wish I stayed ashore.
Boats and ships are not for me, I was sick as a parrot and as green as one by the time I got off, never ever will you see me on a boat of any description ever again!
In the beginning the Universe was created. This has made a lot of people very angry and has been widely regarded as a bad move.

Force 9 storm in the South Atlantic whilst on board an LSL.

Honestly wished I could die...
In the career of glory one gains many things; the gout and medals, a pension and rheumatism....all of these fatigues experienced in your youth, you pay for when you grow old. Because one has suffered in years gone by, it is necessary to suffer more, which does not seem exactly fair.

Rodney2q said:
Force 9 storm in the South Atlantic whilst on board an LSL.

To quote a very old Punch cartoon 'It's only the hope of dying that's keeping me going.'
A l'eau; C'est l'heure.

That window looks on a pretty low deck. What I would find exhilarating is to stand on a cabin balcony in such conditions but I don't think these ever appear below deck 8. I had once this low once and it was enclosed. Open balconies were 2 decks up.

Left Agadir once and the N Atlantic was like that when we got out of the Harbour. The skipper did say to sit down as the ship was going to move considerably......
Went to the pool deck (aft) on the stairs to look back at the lights of the town. One second they were right above your head the next below your boots.

After that went to the bar and no one noticed how pissed I was when I went to bed. Either that or everyone was well pissed.
If I don't respond to your repartee or other smart arse comment it's because you are already a TIT and are on my ignore list..
D

I did quite enjoy big storms viewed from an extremely large well built concrete structure overlooking the sea.

Our bn was moving on to the AMF(L) role and a party of about 30 were sent to join the outgoing bn to learn the ropes do to speak. We boarded the LSL on 31 Dec with the boat due to leave during the night in the early morning. Being Hogmanay we asked our officer to check with the driver if we could see in the Bells. This was agreed provided we cleaned up after us leaving the mess ready for breakfast. Not a problem, bar stayed open until 1230 and we all went to bed about 2am ish - i think we were invited to leave! When we got up in the morning boat had sailed, driver happy as he did not have the Chinks complaining of the mess as we had cleaned up. Everything hunky dory - but we were still in the Channel in protected water. Later in the day after we had gone round the corner into the North Sea we hit a gale. Gale+lack of real sleep+hangovers = loads of very ill Jocks. That must have been the worst crossing i had, and there were a few over the next few years.

On top of this we were all called together in the Mess as the driver wanted a word! He had just received a signal from the Port Admiral complaining about the number of empty beer cans floating in the area the ship had been parked - not a happy bunny and we were not flavour of the month. We had cleaned up, nobody said we couldn't empty things out of the window! Bollockings and sea sickness don't make for happy crossings!
The views, opinions, remarks made by Auld- Yin are his personal ones and do not represent any other person, organisation or institution.

Rodney2q said:
Force 9 storm in the South Atlantic whilst on board an LSL.

Seasickness comes in 2 stages.
Stage 1:- You THINK you're going to die.
Stage 2:- You bloody well wish you had!
Respect is good, but fear works too, (J.S MACVSOG)
I have no idea what my final enduring thoughts will be,
but I bet that Cnut the Emperor Mong will have something to do with it. (Skintboymike,19062012)

Lord Nelson got Seasick - but it did not stop him winning battles.
And Ye Shall Know the Truth and the Truth Shall Make You Free - John 8:32.

Looks like fun. Nothing you can do but know where the nearest escape is and enjoy it.

North sea, night ferry from Blighty to Sausageland, big seas, the screws were coming out of the water, you could hear them over the wind. Most exciting sea crossing ever. Bastards wouldn't let me go too far forward or aft come to thing of it 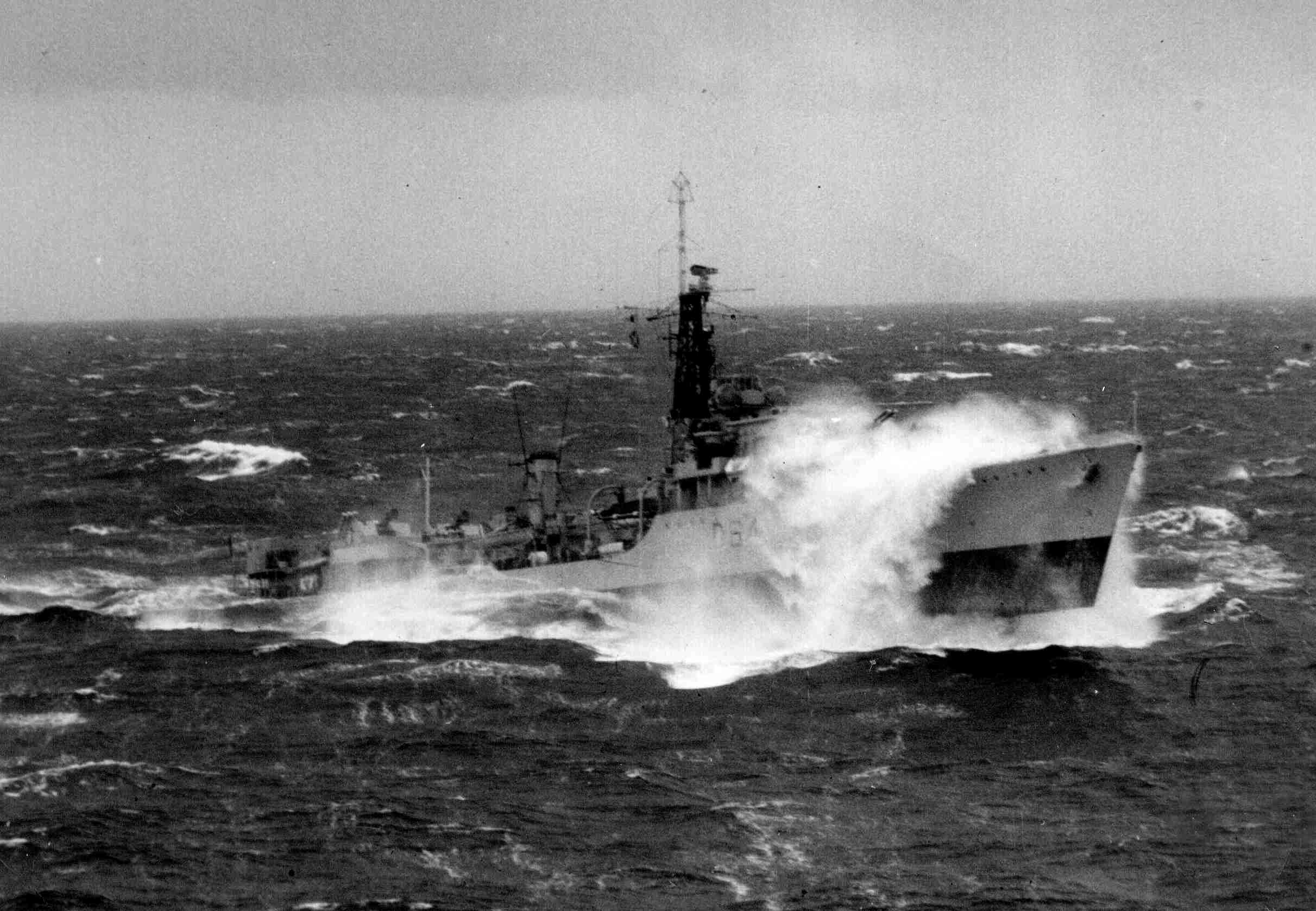 And down she comes! 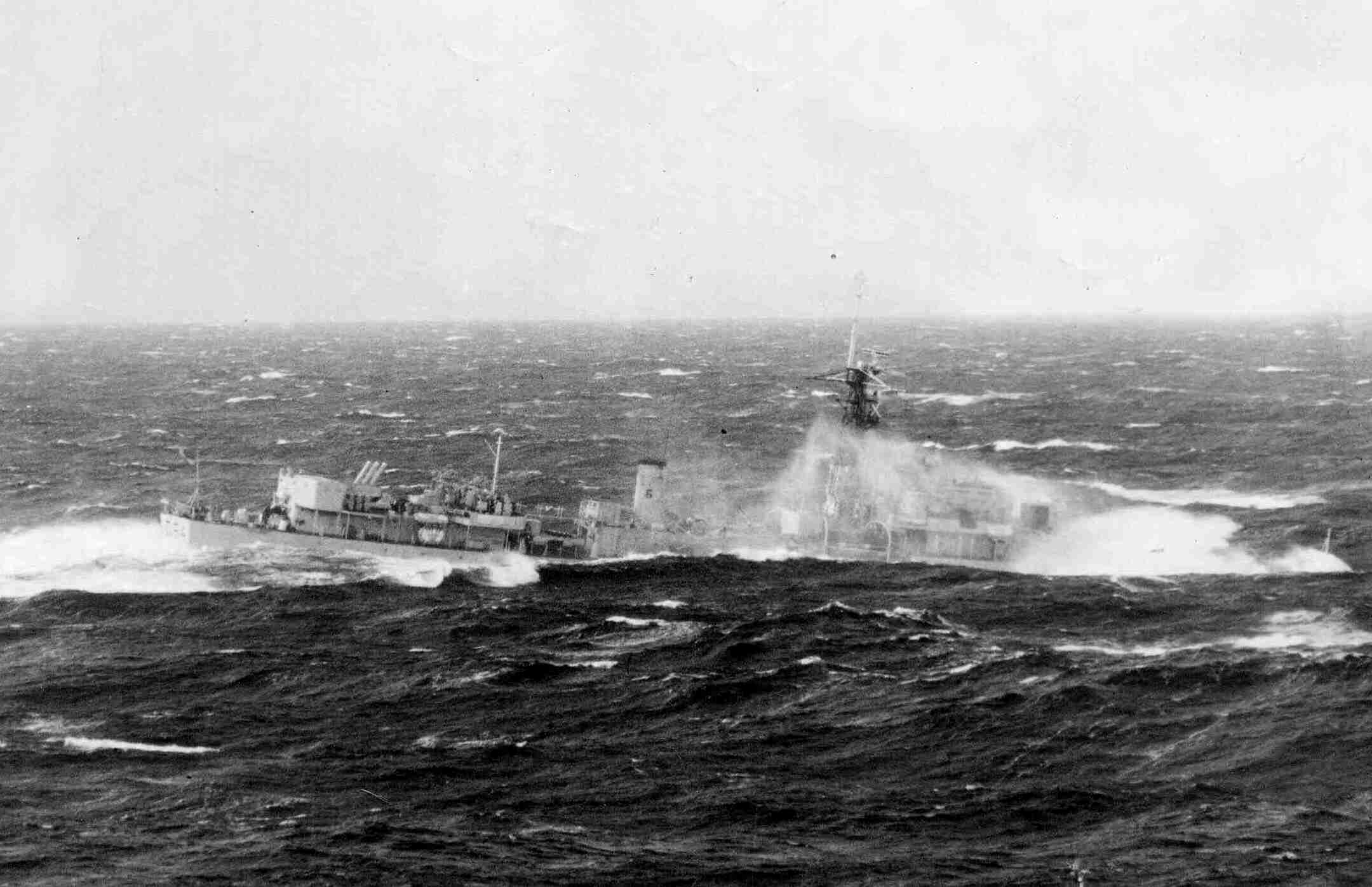 If you can't take joke you shouldn't sign on ..


" .. safe on shore the pension'd sailor lies
and all the malice of the storm defies .."
' .. the whole character of what Churchill called 'the island race' is being threatened without even the pretence of consultation with those involved.'
Norman Longmate, 'When we Won the War', 1977

And down she comes!

If you can't take joke you shouldn't sign on ..


" .. safe on shore the pension'd sailor lies
and all the malice of the storm defies .."
Click to expand...

I used to think open Bridges were cool. Then I saw a German FAC in rough seas with her Bridge crew snorkelling. Mind you, their bridge watch officers were senior ratings. Officers were inside fightling the war.
A l'eau; C'est l'heure.

thegimp said:
I am currently hiding behind an Island in the persian gulf avoiding a big squall if that counts
Click to expand...

Depends. Are you a yacht or a supertanker?
A l'eau; C'est l'heure.

Bouillabaisse said:
Depends. Are you a yacht or a supertanker?
Click to expand...

Mountain Commandos at War in the Falklands