terminal said:
I bring you a tale of courage and daring do that would chill the heart of the hardiest hero. A man in BC saved a skunk by pulling it's head free from a tin can.
West Kootenay man summons courage to save skunk with beer can stuck to its head

I won't leave you in suspense. He was clever as well as brave. He escaped being sprayed by pulling the skunk most of the way free from the can and then beat a hasty retreat before it pulled itself the rest of the way clear and so was well clear of the skunk when it attempted to spray him. 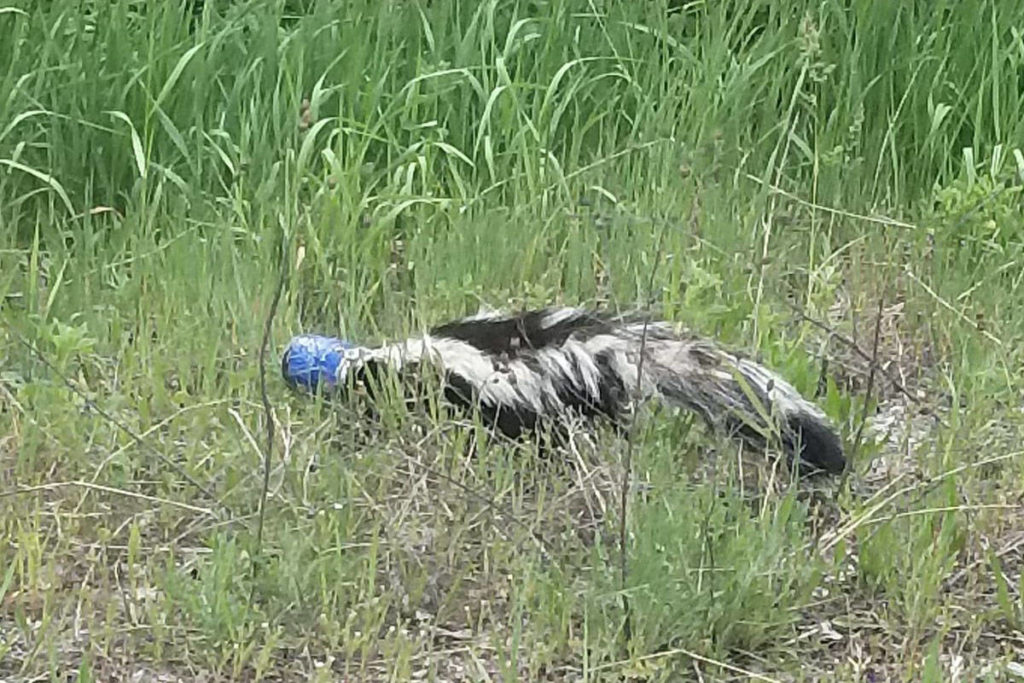 That's funny, well done that man.
Delayed responding as I wanted a video. About a year ago a Cambridge Massachusetts police officer removed a yoghurt cup from a skunk in a city park. Officer McGinty was not quite as lucky

L
Painting Germans and their colours
2

M
Who or what is Jaja, and what have they done with my credit card account?
2