One of them shouted "A Merry Christmas English. We're not shooting tonight." . . . [then] they stuck up a light. Not to be outdone, so did we. Then up went another. So, we shoved up another. Soon the lines looked like an illuminated fete.' Rifleman Leslie Walkington On Christmas Eve 1914, a group of German soldiers laid down their arms, lit lanterns and started to sing Christmas carols. The British troops in nearby trenches responded by singing songs of their own. The next day, men from both sides met in No Man's Land. They shook hands, took photos and exchanged food and souvenirs. Some even played improvised football games, kicking around empty bully-beef cans and using helmets for goalposts. Both sides also saw the lull in fighting as a chance to bury the bodies of their comrades. In some parts of the front, the truce lasted a few hours. In others, it continued to the New Year. But everywhere, sooner or later, the fighting resumed. Today, the Christmas Truce is seen as a poignant symbol of hope in a war that many people regard as unnecessary and futile. But what was the real story of those remarkable few days? In this fascinating new book, historian Anthony Richards has brought together hundreds of first-hand reminiscences from those who were there - including previously unpublished German accounts - to cast fresh light on this extraordinary episode. 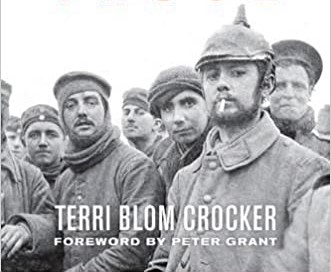 This is a sweet little book out just in time for the Christmas market , I'm sure that it will end up in many of your stockings.

However , reading through it I kept getting a feeling that I read all this before , this story of course has often been repeated since WW1 and I'm afraid it felt like it . Perhaps its because I am an old codger, younger readers might find the story new and refreshing .I thought it lacked something which I couldn't quite put my finger on, perhaps copies of dispatched from General Staff trying to put down this spontaneous outbreak of peace, I don't know, but the book did leave me feeling short-changed.

Three and a Half mushroom heads .

Spymaster – The man who saved MI6 by Helen Fry

Hitlers Court - The inner circle of the Third Reich and after

Fire of the Dark Triad by Asya Semenovich