The Story of Warhorse

A play I am determined to see this year, hopefully at the end of June.
Army, n. A class of non-producers who defend the nation by devouring everything likely to tempt an enemy to invade.
- Ambrose Bierce

"I cannot be right all the time. Quite often I is left instead of right.” - Roald Dahl

Kit Reviewer
Book Reviewer
Reviews Editor
Jim this is listed as a children books but seems to be coming across as one for adults also. Do you know, would it be suitable for Arrse?
Labour: For the Few, NOT the Many!
Tory: Vote for us we can ignore you better than Labour do.
I
I'm a Gammon and proud of it!

Auld-Yin said:
Jim this is listed as a children books but seems to be coming across as one for adults also. Do you know, would it be suitable for Arrse?
Click to expand...


havn't got around to reading the book I saw the play and was knocked out by it, so I don't know
Sitting on top of the World

I have a copy of Michael Morpurgo's book if you want to take a peek.

From the Mail link :

And out of all of this I concluded that there was only one way to tell my story of this war.

It would be the story of a farm horse sold to the British cavalry and taken off to France.

The horse would be captured in the first cavalry charge of the war, and then used by the Germans to pull ambulances and guns, and he would winter on a French farm.

So this horse (I called him Joey after a foal we had on the farm) would witness the war on all sides, get to know Tommy and Fritz, and a French farming family, all of them enduring the horror of it, the pity of it.

It would be the horse's-eye view of the war, and best told by the horse himself.

Here was my greatest anxiety. For this to work, the reader would have to suspend disbelief instantly.
Get it wrong and it simply wouldn't work.

I had to believe not in the notion that horses could talk or write, of course, but that there could be real empathy between horse and man.

I remembered from Captain Budgett how attached the soldiers had become to their horses, how they had confided in them and would talk to them as best friends.
Click to expand... 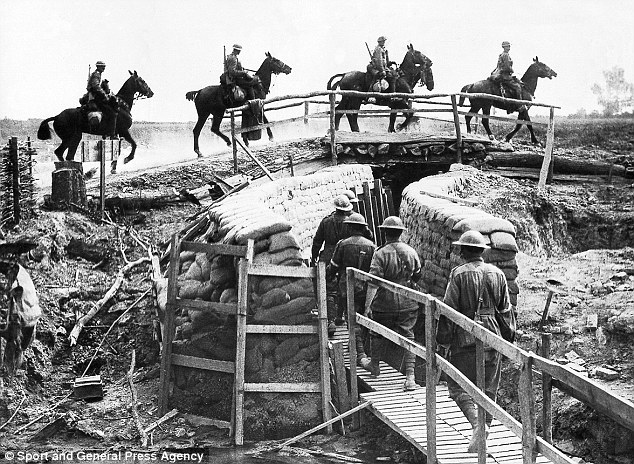 Is it suitable for Arrse ? It is written from the horse's perspective. You might ask one of our tame Battlefield Guides who has knowledge of the last use of cavalry in 1914 to give a view.

The sheer number of horses shipped to France to feed the war machine was astonishing...and as the book faithfully relates the vast majority were auctioned off after 1918....many to feed the local population.

Sort of a family connection....my grandfather's brother (Jack Owen) was RHA though I don't know which battalion . A high proportion of the artillery in use at the time was horse-drawn, not just the light guns.

I think Spielberg's film will cause people to look at that memorial in Park Lane with a little more appraising eyes than before.

Incidentally, his latest called 'Shadow' is about an explosive search dog in AFG.....surprised it hasn't been picked for a review here already.

( and I'm in the scene in the snow at the auction once all the shooting has died down...)
'The really important fact about the English intelligentsia is their severance from the common culture of the country' George Orwell

Grey_Mafia65 said:
A play I am determined to see this year, hopefully at the end of June.
Click to expand...


Those that I know who have seen it were less than impressed with the story or the production.

Birdsong however is far better.
Over'? Did you say 'over'? Nothing is over until we decide it is! Was it over when the Germans bombed Pearl Harbor? Hell, no!â

western said:
Those that I know who have seen it were less than impressed with the story or the production.

The play is absolutely incredible. Quite easily the best thing I have ever seen. If you get the chance then go. I'm not sure if a film can catch the emotion of the puppet horses.
Princess Dale League, Champion 2019 - 20

Hardly a sophisticated story though.
Over'? Did you say 'over'? Nothing is over until we decide it is! Was it over when the Germans bombed Pearl Harbor? Hell, no!â

Book Reviewer
Having seen some of it at the Military Show at Earls Court before Xmas, I wouldn't mind seeing the whole play.
"It's not the bullet that's got my name on it that concerns me; it's all them other ones flyin' around marked 'To Whom It May Concern.'" -Unknown
People sleep peaceably in their beds at night only because rough men stand ready to do violence on their behalf - George Orwell
Si vis pacem, para bellum

No, not particularly sophisticated but it doesn't suffer because of that. I just found I was completely absorbed by the drama of the production; the effects were brilliant.
Princess Dale League, Champion 2019 - 20

I think the point is and I hope you agree that this is just entertainment with actors dressed as WW1 soldiers it does not attempt to hold on to fact or reality.

I'm glad you enjoyed it.
Over'? Did you say 'over'? Nothing is over until we decide it is! Was it over when the Germans bombed Pearl Harbor? Hell, no!â

Book Reviewer
We even got better statues

jim24 said:
AH the trouble with you lot is you ain't CAVALRY
Click to expand...

Indeed....but I have ridden a 17 h Irish draft horse across Hyde Park Corner , down Park Lane and back up to St John's Wood....proud moment in my illustrious military career.

And, FWIW, the book was very good and I look fwd to the film having seen the production values first hand - unlike yer man Westerner
'The really important fact about the English intelligentsia is their severance from the common culture of the country' George Orwell

While little is known about Sir Briggs beyond the evidence of this painting, it is certain that he was a survivor of the famous Charge of the Light Brigade at the Battle of Balaclava on 25 October 1854. His owner, Captain the Honourable Godfrey Charles Morgan (later Viscount Tredegar, 1831-1913), commanded a squadron of the 17th Regiment of Light Dragoons (Lancers) in the famous charge, during the Crimean War (1854-56).

Due to a misinterpretation of orders, the British Light Cavalry Brigade charged Russian artillery stationed at the end of a long valley, while exposed to Russian fire on both sides. On reaching the Russian guns, they rode through them to charge Russian cavalry beyond. After some fighting, the remnants of the force returned along the Valley of Death (as described in Tennysons poem), under continued fire.

The number of horses killed was far higher than the 113 human lives lost in the charge. Of the 643 animals paraded that morning, over 370 were killed in action and another 85 returned, wounded.

A prominent Welsh landowner, Morgan sold his commission in January 1855 but continued to serve in the Royal Gloucestershire Yeomanry until 1875. He was Honorary Colonel of the Royal Monmouth Engineer Militia from 1885 and Member of Parliament for Breckonshire from 1858 to 1875.

Sir Brigg's grave is in Newport

As a young 'un I read the book and cried, alot, as an adult I recently reread it and still found it a great read - yes it's simple, but it is a childrens book at the end of the day. I want to see it on stage but at the moment time/money are against me. maybe one day Mr Scuba will take me (or not).
Truth behind the username

During filming they used a number of different horses to play the part of Joey - there was even an equine make-up artist to ensure they all looked the same (socks etc). Here's a pic of the back of one of them...

Nuremberg: A personal record of the trial of major Nazi War Criminals