Published by Pen and Sword this is an extremely well researched, authoritative narrative of the years immediately following the death of Alexander the Great. 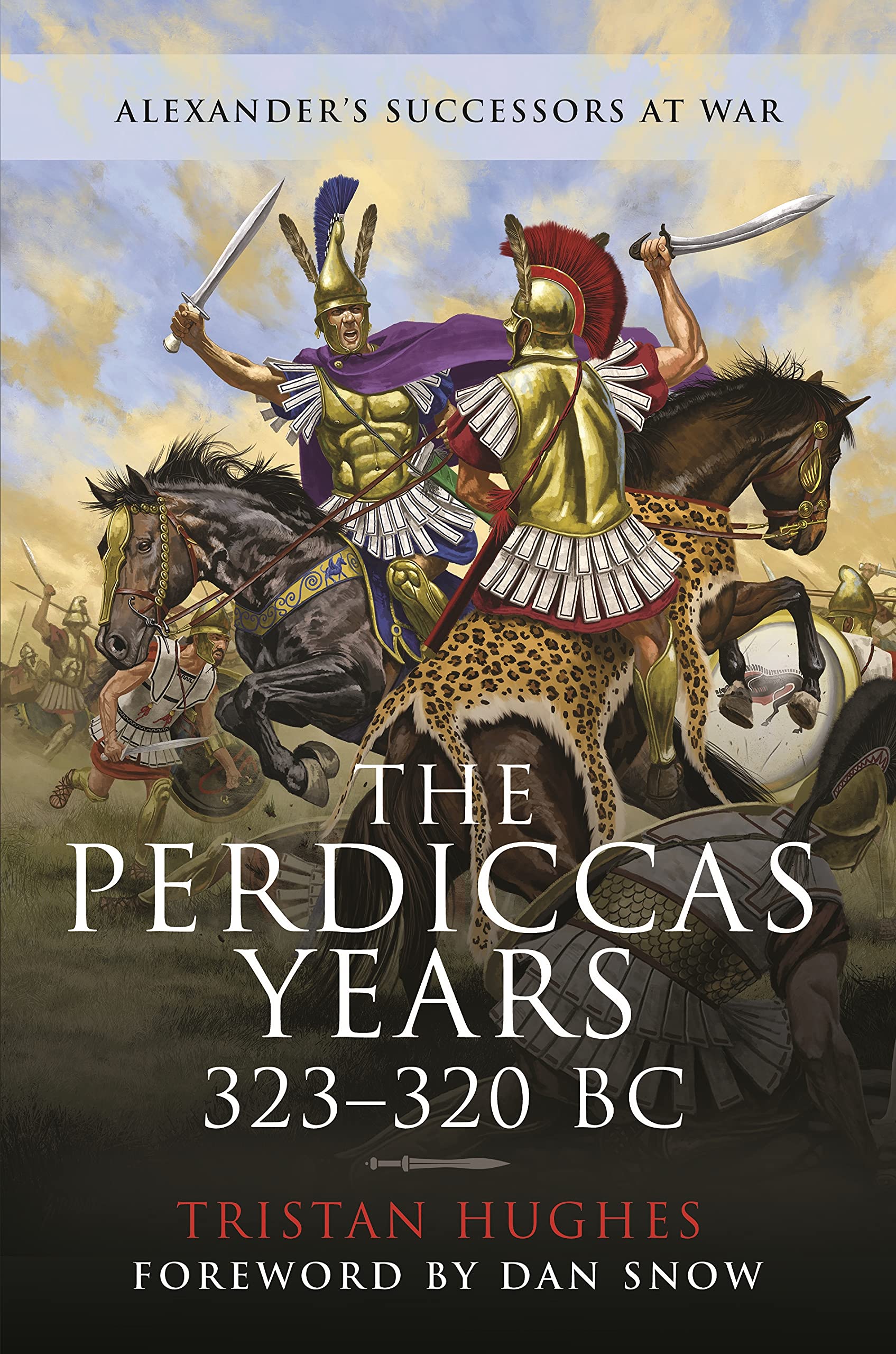 It is supplied by Amazon at £16:99 (an absolute bargain and down from the original published price of £25) or £7.99 on Kindle. Having received the hardcopy to review I would recommend getting your copy in hardcopy to do it justice. The book is well illustrated with maps, and benefits from appendices of who's who, notes, bibliography and an index. I don't think you would get the full benefit in a kindle version. The hard back is 384 pages. The who's who is particularly useful in navigating the extensive cast list of ancient Macedonians, Greeks and their contemporaries in this book.

The author is Tristan Hughes who is a producer and researcher for Dan Snow's TV programs. Dan Snow writes the foreword. Mr. Hughes knows his stuff and sets out the events following the death of Alexander in a well researched and readable style.
Most of us will be aware of the story of Alexander the Great, his death as a young man and the end of his empire's expansion. Hughes takes us from the death bed of Alexander to the immediate catastrophic aftermath. The book attempts to explain why that happened, and I think does so very well.

Alexander, according to legend bequeathed his kingdom "to the strongest" when asked who should inherit. There immediately followed intrigue, scheming, murder and war as generals and followers each pushed competing cases. The actions of the lead characters in the ensuing carnage are well described, with their objectives, plans and Machiavellian moves as each was played.
I found it to be extraordinarily well researched and the events and manoeuvres of the time certainly came to life in the narrative.
It is gruesome, it is bloody and it is fascinating as the generals and the pretenders to the throne descend into bloodshed.

The book follows Perdiccas, Alexander's second in command, who manoeuvres himself into power, his efforts to retain it and his murder three years later. Further books on this little known historical period are to follow. I look forward to them and will be buying the next one in the series myself.

I enjoyed the Perdiccas years very much. It cast light on a period of history i knew next to nothing about it and held my attention throughout. It is not an easy read that can be dipped in and out of and is the better for that. It is the authoritative book of the period for all but the dedicated historical scholar.