Jaguar Landrover have announced their new “new Defender”. On my bucket list.... 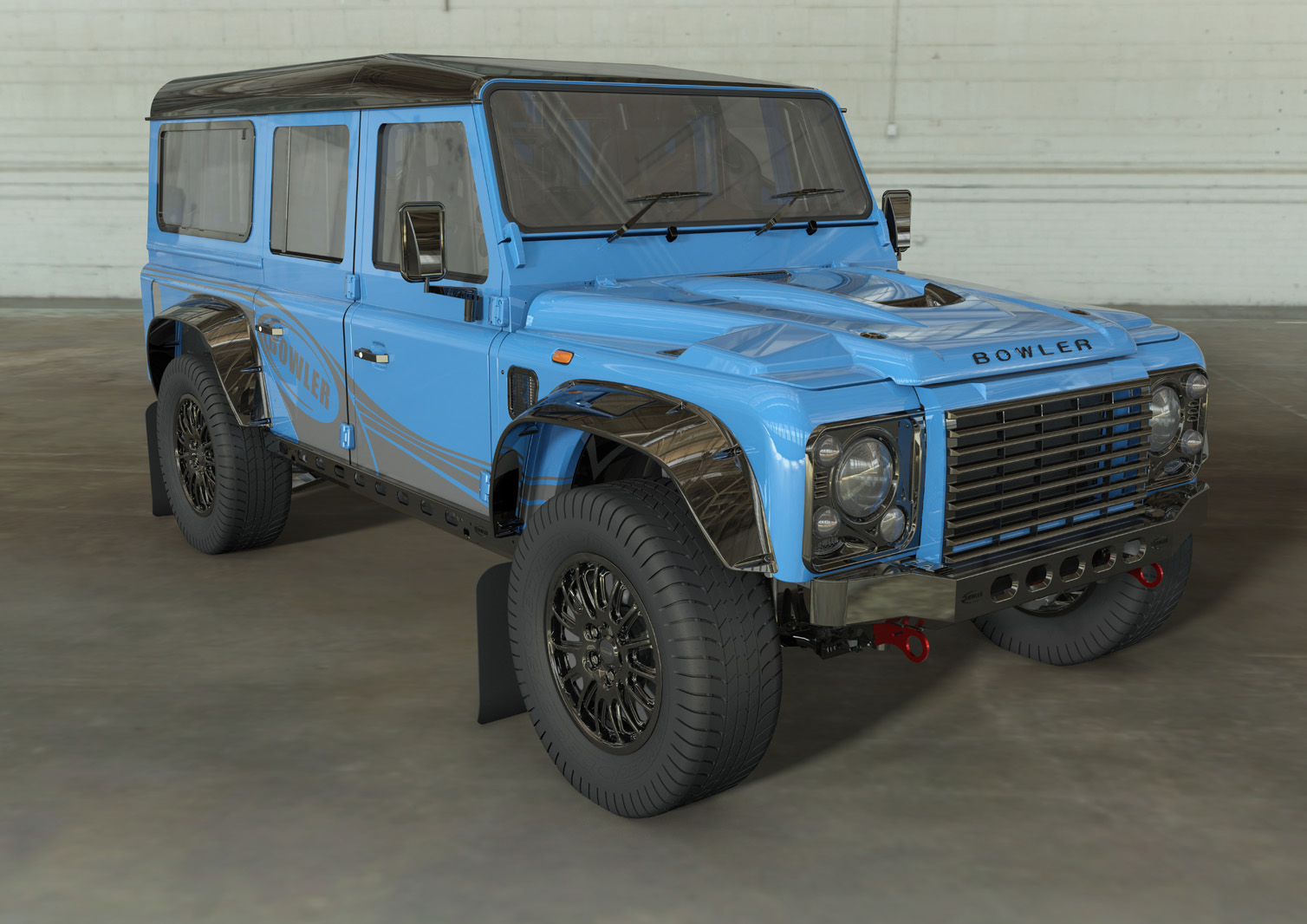 The classic Land Rover Defender 110 body shape will be revived for a new high-performance, rally-bred machine from off-road specialist Jaguar Land Rover (JLR) subsidiary Bowler that will represent the “ultimate expression” of the design.

It will be the first road-focused vehicle produced by Derbyshire specialist Bowler and the firm’s first project since it was bought by JLR last year and placed under its Special Vehicle Operations (SVO) umbrella. Bowler continues to operate as an independent entity, although now with greater co-operation from SVO, and has been given a licence to use the Defender 110 body.

Michael van der Sande, the boss of SVO division, promised the new four-wheel-drive machine will be “a wickedly fast rally car for the road” with a planned 0-60mph time of around 4.0sec.

The vehicle will be hand-produced in small numbers – likely around a dozen a year – at Bowler’s factory in Belper and will cost £200,000.

“This project marries three things: the rally experience from Bowler, the powertrain and capabilities from SVO and the iconic Defender shape from Land Rover,” said van der Sande. “It’s clearly something customers want; there’s a lot of customising of the L316 Defender going on, and this is the ultimate performance iteration of that shape”.

THIS DOES RAISE A NUMBER OF QUESTIONS . . .

1. Bowler are extremely, VERY, specialised, and looking at the size of the Bowler "factory in Belper", would be unable to produce more than " . . . around a dozen a year". 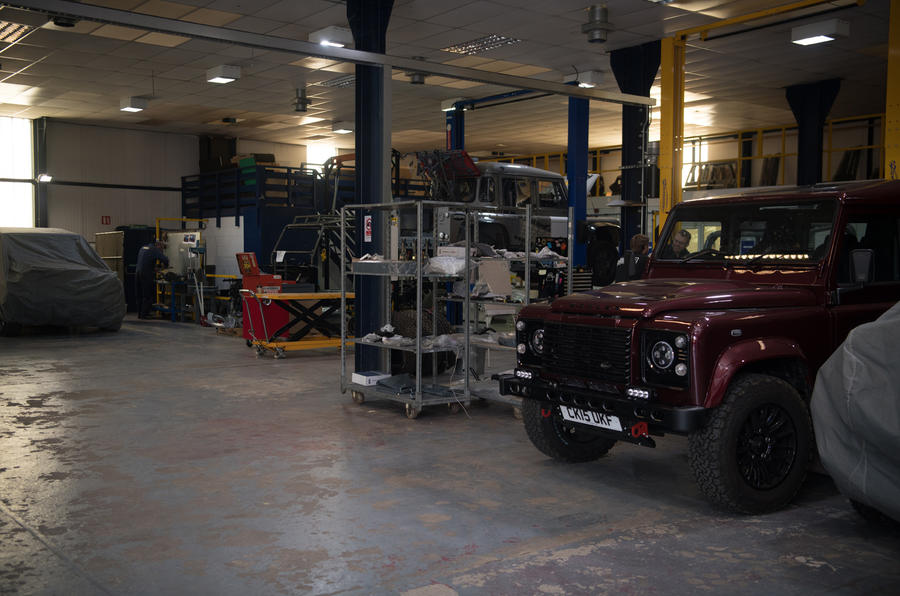 Each CSP 575 will require around 1000 hours of work from Bowler’s engineers, with plans to slowly grow the team of around 30 staff.

Calum McKechnie, the former JLR Classic boss who now heads Bowler, said: “This is what Bowler customers want. There’s a huge affinity for the old Defender shape, and it’s a natural progression . . . in the iconic shape of the Defender.
Click to expand...

BUT . . . could Michael van der Sande, the boss of SVO division, authorise a far more generous, ambitious, production run, at his more modern/extensive SVO facilities in Coventry (on the site of Chrysler UK's old Ryton factory ).

2. A far more generous, ambitious, production run, at the more modern/extensive SVO facilities in Coventry, would clearly SIGNIFICANTLY, reduce the projected cost of £200,000 each (for the Bowler rally versions, to be produced at Belper), certainly when JLR’s range-topping 567bhp supercharged V8 engine, is replaced by the new 6-cyl Ingenium diesel engine just introduced in the New DEFENDER.

3. The Bowler chassis/frame, would presumably be still more than capable, suitable, for “general purpose” use, even after the removal of the cross-bracing at the back, which would otherwise restrict access to, utilisation of, the load-space . . . 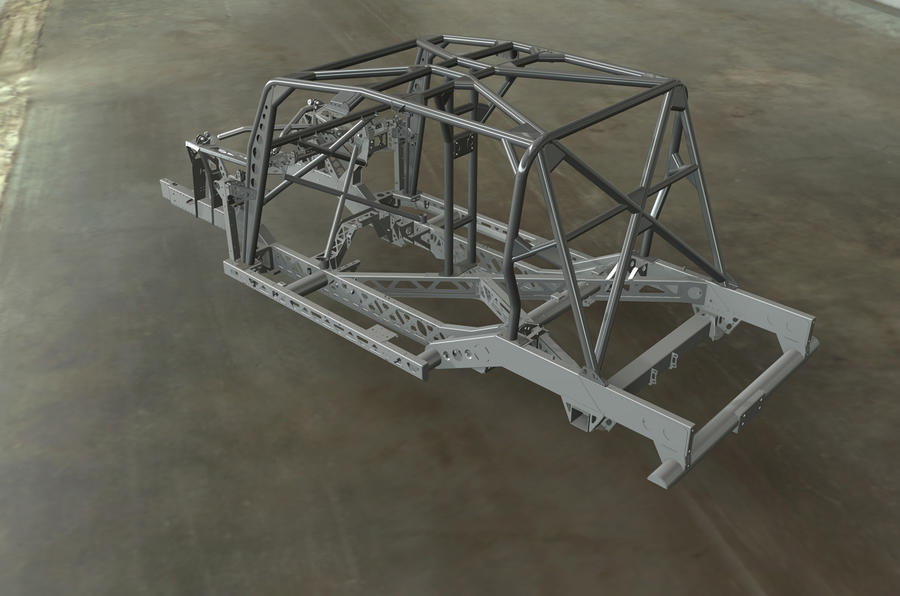 4. With clearly continuing access to newly manufactured (original) DEFENDER body panels; presumably a continuing availability of (original) DEFENDER “Wolf” axles and drive/prop-shafts; the new Bowler chassis; and, the new 6-cyl Ingenium diesel engine; it is suggested that INEOS should be watching this very closely !!
Last edited: 5 Nov 2020
Do the right thing, even when no one is watching . . . It’s called integrity.

Interestingly, Toyota have announced that they are going to build a new Landcruiser; the 300 series. It’s based on the Toyota Tacoma truck, massive, American and shite.

Landcruiser 200s don’t exactly have a good name; the V8 diesel ha as habit of failing.

Says the man with no off road experience who cant see the value of knowing exactly where your wheels are.

Not that im actually here to post having died in the Sahara desert a nimber of us having foolishly gone in driving Defenders and of course we all died.

I can list a number of problems with Defenders and Series - but the biggest is owners who neglect them - then 3rd / 4th owners of 20 yr old vehicles expect 2yr old Mondeo reliability, whilst also punishing them off road.

I personally cant say reliabilities been any worse than a car on mine** - ive had to do a lot more work on it and a lot more parts replaced - but then ive never got the car stuck in 4ft of boggy water or bounced it over a rock field. These things tend to incur abnormal wear and tear - regardless of whether it has the green oval or the mighty T on the front.

Im guessing you didnt watch the video but simply leapt upon the LR broke headline - I personally dont think its an issue with the car reliability when somebody fecks up and cuts a wiring harness - especially if its one you cant repair.
Photex has me on Ignore apparently this is a bad thing 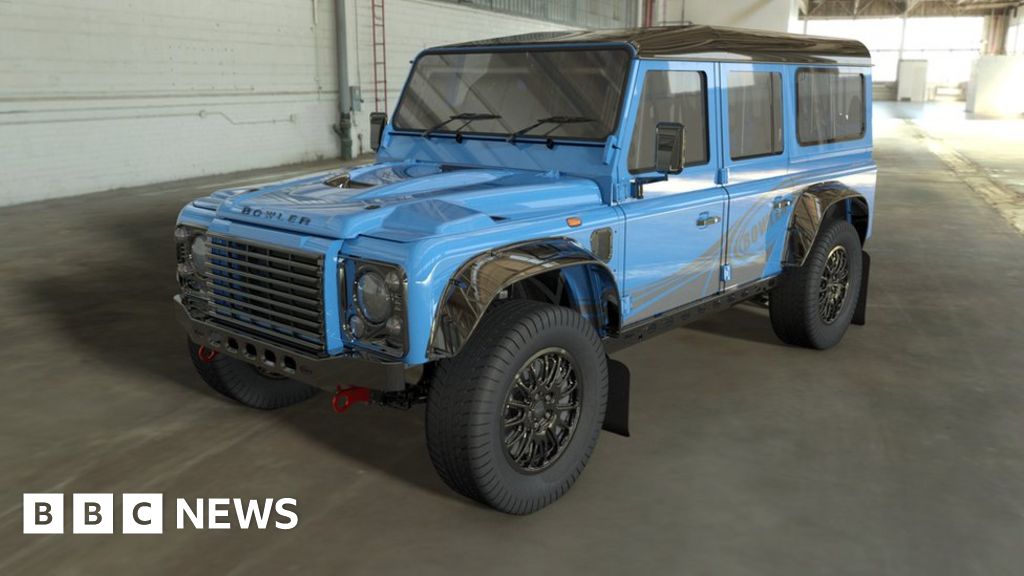 Land Rover Defender: 'It's the best ever - we just can't afford it'

Manufacturing of new Land Rovers with the Defender's classic shape will cost about £200,000.
www.bbc.co.uk 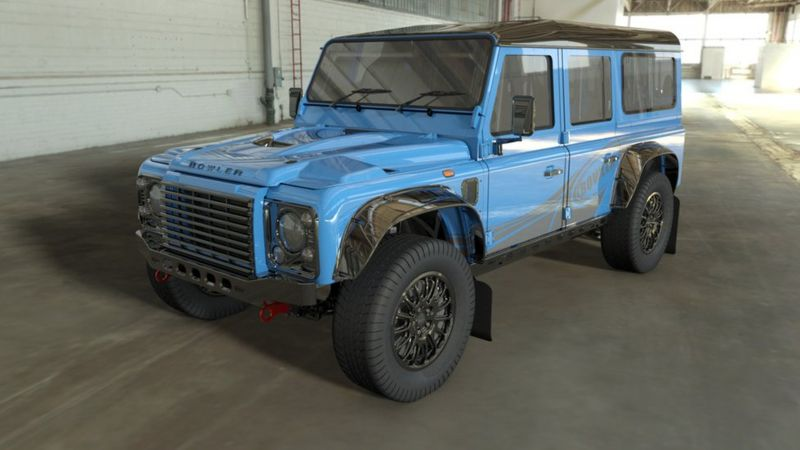 Scary super-fast Bowler as we know them, but hardly for huntin', shootin'n & fishin'.
Conversely, if you can pay it, perhaps you could not care less.
Love it..now where's me scratchcards.....
Last edited: 28 Nov 2020
​

@RCT(V)
The BBC article was only 19 hours old.
I had not noticed your extensive "article"

So the British Defender Grenadier will be built in France. 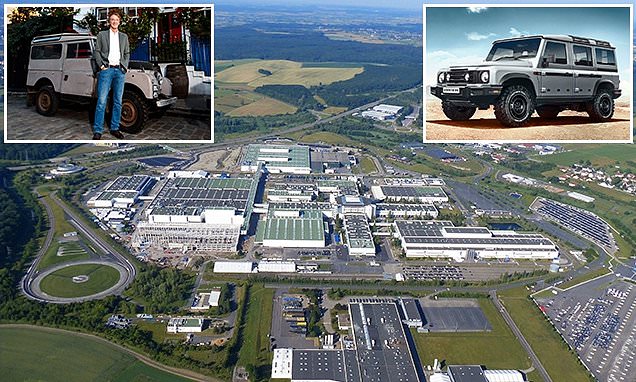 The deal is a nail in the coffin for 500 prospective jobs in Wales, which had been the destination originally planned for the manufacturing of the 4X4, dubbed the successor to the Land Rover Defender.

Bit a bellow the belt blow, scratch that of my list.
ethics are like erections: No matter how well intentioned they might be they are prone to sudden deflation.

It's definitely France. Someone got their Hambachs confused.

It's less than 10km from the German border, though, and it does have a history of flip-flopping between Germany and France.

...they make a dessert and call it peach
E

Honestly, round there, it's a question of waiting a few years for another country to come around. Like buses in the cuds.
But on the whole I'd prefer a pint (George MacDonald Fraser)

What and How is the engine for this Land Rover?

Driving with stuff sticking out of boot/ hatchback/ van doors - any legal restriction or requirement?