The Nasty NAAFI Thread About Christians

LJONESY said:
I would not want to be apart of the half time show, Christians vs Lions does not sound like a winning proposition.
Click to expand...

Three lions on a shirt. It's not just a song, it's tactical advice.
보신탕; 補身湯
ἑωσφόρος 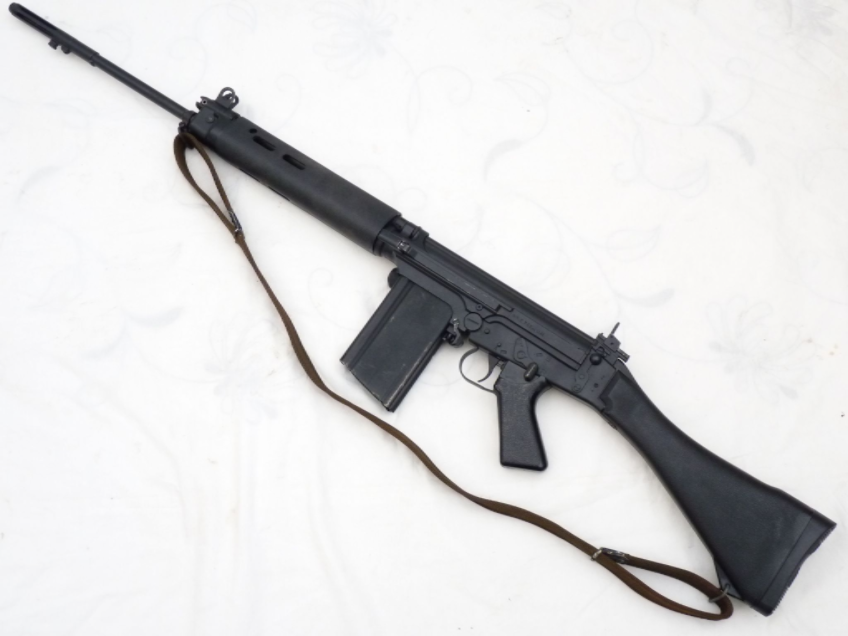 LJONESY said:
Somehow I think I would praying for a spear or something sharp to defend myself with.
Click to expand...

The OP hasnt been online for a while, I think he had a hissy fit.
I've only ever been wrong once and thats when I thought I was wrong but I was mistaken.

DCI Gene Hunt: Do you know what? I once hit a bloke for speaking French
D

Springfield shall deliver! That Rifle would require some familiarization.

stacker1 said:
The OP hasnt been online for a while, I think he had a hissy fit.
Click to expand...

He needs to turn the other cheek.

guzzijon said:
He needs to turn the other cheek.
Click to expand...

His daughter turned.
I've only ever been wrong once and thats when I thought I was wrong but I was mistaken.

LJONESY said:
Springfield shall deliver! That Rifle would require some familiarization.
Click to expand...

Turning happens a Lot in the Bible. Quite bad for one apparently.

Taffwob said:
I'd just nail the one in the middle.
Click to expand...

The Romans beat you to it by around 2,000 years.
Once during a fever I remembered that when a European is dying, there is usually some sort of ceremony in which he asks the pardon of others and pardons them. I have a great many enemies, and I thought, what should my answer be if some modernized persons should ask me my views on this? After considering it, I decided: Let them go on hating me. I shall not forgive a single one of them.

guzzijon said:
Turning happens a Lot in the Bible. Quite bad for one apparently.
Click to expand...

His daughter would have been ok, her coming out of the closet was on par with the bravery of someone awarded the VC.
I've only ever been wrong once and thats when I thought I was wrong but I was mistaken.

deanol said:
Rather than bollox up the “Things that irritate me” thread, I have started this one because some of you really have a hair up your arses about Christians.

A couple of points before we start though.

First, some of you may have been following the thread I started a few weeks ago about my teenage son and the issues he and I are having. The mentally-ill twat Taffd (he has admitted to having a brain problem similar to dementia) made reference to my faith as a Christian and said it had something to do with the problems.

It does not. My son decided himself at age 11 that he didn’t want to go to church. We respected that decision and he has not been since. If he changes his own mind in the future, then he knows where the church is. I have never mentioned or discussed my faith or his lack of faith. It doesn’t bother me and even he would deny that it has anything to do with our problems. My problem is not having any close friends or relatives who are going through this with teenage sons. They all seem to be daughters or younger lads in my social circle. Hence I felt some people on here might have gone through it before and would have some solid, down to earth advice. I was right and I don’t have any regrets about asking. Hopefully we can get past this problem and in a few years time he will see things differently, or I will. I might be in a position to offer the advice I have been given to others. Or others will see the thread, work through the rubbish, get to the good stuff, and it be of help.

Seriously, did some of you think I didn’t know that the usual throbbers would weigh-in? They get ignored. But if you want to discuss that, then the thread is still there. Just don’t expect me to bother with you unless you are offering good advice.

We do not talk about religion or faith in my house. Not for any other reason than it simply doesn’t come up, as I suspect is the same in the vast majority of homes (whether notionally Christian, atheist or otherwise) up and down the country. The nearest we get to it is “Oh, you are reading tomorrow”, or “Oh, you have a PCC meeting tomorrow”. It is simply not something that is the focus of our daily or family lives.

There seems to be a belief that to be a Christian means you can only be a Young Earth, Six-Day creationist, fundamentalist, evangelical, dispensationalist, Sola Scriptura, Punitive Substitutional Atonement believing fuckwit, and if you aren’t you are not a Christian (some of you are going to have to look those up aren’t you?). Well the majority of the world’s Christians don’t believe in those things and never have. The majority (and by that I mean Roman Catholics, Orthodox, and the mainstream Protestant Churches, which constitute well over 90% of the world’s Christians), don’t have any truck with those things. If you want to debate those you will need to take a trip to Alabama or Utah or Mississippi or some such. Those people are dying out with the advent of the Internet. They are not allowed to get away with their beliefs anymore. They get challenged and they have doubts and they discard them. The Internet has seen to that.

In any case I am not one of those. If you think that makes me not a Christian then I can only assume it is because you have rehearsed your own arguments based on the chance you might find one, and because you don’t have any arguments for other types of Christians you feel the need to try to paint us as one of the ones you have geared up for. Tough. That’s your lookout for not educating yourself properly.

On a similar subject, not all of us do the forgiving thing so easily. I like judging and if someone hits my cheek in a pub, I won’t turn the other one, I’ll windmill in. That does not make me less of a Christian. It might make me a bad one, but it doesn’t exclude me from being a Christian. If you believe that Christians have to attain Christ-like perception then you don’t understand the subject. We have to TRY to attain it, but being human we cannot. Never. It is simply human nature to **** things up, and I do, as do each and every one of you. I will judge you when you do and laugh at you, rank hypocrisy notwithstanding. Because that is what humans do, so if you think you can score a point by saying “you are not a Christian because you are nasty to me you hypocrite”, then dry your eyes and **** off. Come back when you know more you thick-as-mince ******.
Lastly let’s discuss signal-to-noise, meat-to-vegetable, or more appropriately wheat-to-chaff ratios. I know this is the Naafi and I have deliberately posted it here so folk can vent their spleens about the Christian faith but If you think that I will respond to you if you post something deliberately offensive just to get a rise, well it hasn’t worked before and it won’t work in the future. I am not naïve enough to think there won’t be any noise, chaff or vegetables (there are plenty of vegetables of Arrse). But I won’t be bothering to answer, but knock yourselves out anyway.

I will discuss all of them happily and point out that none of them apply to me or my own church in Chesterfield, and I suspect most Christians up and down the land will say the same thing. If you want the wider debate then fine but don’t expect me to join in, because as I say, none of them are relevant to me or my church, and that is all that I bother about.

For the avoidance of doubt though, our church, along with all Church of England churches has a very robust child protection policy these days and everyone who carries out any duties for a church (such as being a member of the Parish Church Council) has to have a mandatory DBS check. It is not the 1990’s anymore and every church has (or should have) learned lessons. If only the sporting world had followed our lead. How many Barry Bennell’s are still out there? Or are there people who were in the forces and responsible for teenagers years ago now hoping nobody points an accusing finger at them?

On the other stuff, though I don’t give a monkeys.

Higgs-Boson need not apply because he is all vegetable and on permanent ignore anyway the ****.

Sorry, what was the question again?
A foolish man will complain about a torn pocket……A wise man will use it as an opportunity to scratch his balls

don't tell him pike said:
Sorry, what was the question again?
Click to expand...

Mighty_Blighty said:
I think post #2 sums it up quite succinctly.

don't tell him pike said:
For some reason the original post popped up and I fell asleep after the first couple of lines
Click to expand...

Let me do a summary of that for you...

Now that's done, can anyone help scoop up my brain? It dribbled out of my ears to escape the torture of sifting through all that for a nugget of sanity. **** all to be found.

Sorry I and I'm sure others, miss read that as Land Rover Babtist Church.


CFB
Take an orange from the box.

Parents and loved ones advice
2 3

B
AFCS Decision and Award Issue