The Machine Murders by CJ Abazis 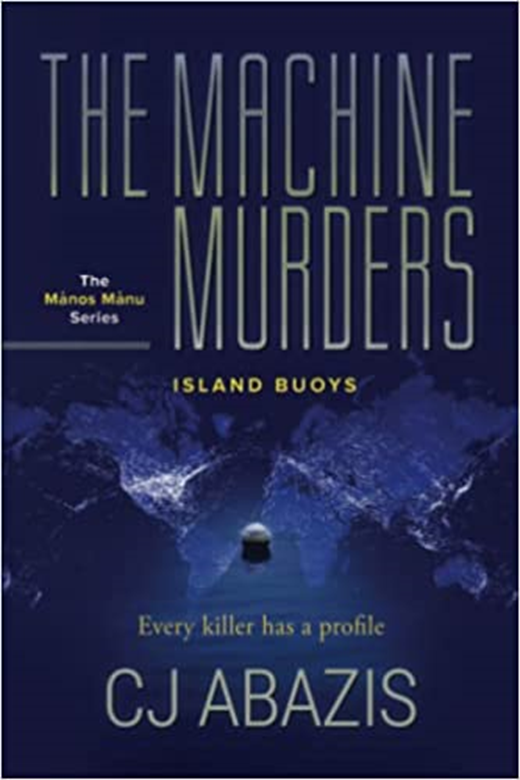 This is the first of an intended series by the author who is Greek and runs a software company in Athens. Which explains the title in the sense that there is a lot of talk about using machines (computers) to learn about criminals’ psychology and mass murderers’ habits. A sort of modern update on what I’ve read about as the CIA criminal psychology profiles. Indeed, part of the plot centres around a criminal psychologist’s conference on the island of Mykonos.

Here we have an American, who was born in Greece and speaks the language, who recently joined the Interpol criminal department in Singapore and has developed a computer program, which appears to rely very heavily on inputs from a female friend to keep it all hanging together and produce lists of suspects. Our hero happens to be at a conference in Mykonos when a mass murderer starts on a killing spree. His program (ably assisted by his female friend) checks out things like facebook, twitter etc. to develop a list of possible suspects on the island. Because our hero works for Interpol and is friends (sort of) with one of the victims the Greek police decide to bypass their own police network and second (via Interpol) our hero to head up the investigation, giving him virtually free rein. There follows a very fast paced series of events and adventures while they pursue the killer (who is assisted by several people).

The book is so fast paced it’s almost breathless and has the excited feel about it like many Greeks when they’re passionate about something. There is a lot of technical chat about machine learning/computer programming/data mining which, whilst I understand it, I kinda struggled with. For me fiction/sci fi books should mean letting my mind go and not having to think too hard about what the author is trying to tell me. The book format is a little unusual, some chapters are normal, some are quite short with long spaces between, almost as if the publisher is trying to stretch a 200 page book out to the 350 pages of this one.

· From Back in Blighty
NULL
Book Reviewer