The Ig-Nobel Awards (or science goes tits up)

Book Reviewer
And slightly less seriously, this is a great website

It's dedicated to the worst science that gets published - a counterpart to the Nobel awards. Kudos to a lot of the scientists for going along to accept the prize...

PEACE PRIZE: Stephan Bolliger, Steffen Ross, Lars Oesterhelweg, Michael Thali and Beat Kneubuehl of the University of Bern, Switzerland, for determining  by experiment  whether it is better to be smashed over the head with a full bottle of beer or with an empty bottle.

CHEMISTRY PRIZE. Sharee A. Umpierre of the University of Puerto Rico, Joseph A. Hill of The Fertility Centers of New England (USA), Deborah J. Anderson of Boston University School of Medicine and Harvard Medical School (USA), for discovering that Coca-Cola is an effective spermicide, and to Chuang-Ye Hong of Taipei Medical University (Taiwan), C.C. Shieh, P. Wu, and B.N. Chiang (all of Taiwan) for discovering that it is not.

Brills, aren't they. I nominated this, yesterday, for the Economics prize.

Up or Down? A Male Economist's Manifesto on the Toilet Seat Etiquette
Click to expand...

And it is not for the worst science. It is for science that makes you think once you've finished laughing your guts out.
[Insert="something profound yet amusing"]here[/Insert]

I can't imagine why this one won, seems like an excellent idea to me.

A fantastically funny group. I lived and worked in Cambridge (MA) for many years and attended a couple of the ceremonies held at MIT. The presenters of the awards are usually actual Nobel laureates. One year there was a surfeit of Nobel winners so one of them acted as a maintenance worker and would wander across the stage at random intervals pushing a broom. Due to the presence of Harvard and MIT there are a lot of Nobel's around. I believe that the current count is 29 Nobel laureates who live and/or work in Cambridge.

mildperil said:
I can't imagine why this one won, seems like an excellent idea to me.

Indeed. I had a bit of problem when procuring a large teapot - when I got it back home, I discovered that it actually held 319 ml instead of the maximum of 310 ml (±8 ml) resulting in incredibly weak tea due to the excess volume, and, although it said white on the box, it was actually very, very, very, very, very, very light grey. Never buy a teapot from a normal shop - they'll shaft you everytime.

I can thoroughly recommend ISO/TC 34/SC 8/615 which gives the definition of Black Tea.

It goes without saying that anything from Sub-Committee 8 is worthy of respect but Sub-Committee 15 is the dumping ground for those who find tying shoelaces a bit challenging.
http://gbr.orbis.org/en - Please Donate.
U

The person who I admire the most is Andre Geim (Uni of Manchester) who won an Ig Nobel prize in 2000 for "using magnets to levitate a frog".

He is the first individual to win both !

If there were an overall winner, the Material Science categroy would get my vote for the most useless waste of time. This year's winners are:

'Certain scientific advancements—such as the discovery of penicillin or the structure of DNA—are such game-changers that the scientists behind them are honored and immortalized with a Nobel Prize. And then there is the sort of research that involves giving helium to alligators or identifying narcissists by their eyebrows. Since 1991, these scientific misfits have found recognition by the Ig Nobel awards, a product of the Annals of Improbable Research. On Thursday (September 17), this year’s cohort of esteemed-ish honorees was announced via webcast.

'While there is a world of difference in the Ig Nobel’s prestige and the prizes founded by Alfred Nobel, the two groups are not mutually exclusive, and there are scientists who are recipients of both.

'The 30th First Annual (not 31st Annual) Ig Nobel Prize ceremony, held entirely online for the first time due to the ongoing coronavirus pandemic, celebrated truly jaw-dropping studies in 10 categories, six of which were presented by Nobel laureates:

Acoustics: Awarded to a team of scientists “for inducing a female Chinese alligator to bellow in an airtight chamber filled with helium-enriched air.”

Economics: Awarded to a team that studied “the relationship between different countries’ national income inequality and the average amount of mouth-to-mouth kissing.”

Entomology: Awarded to an American researcher who collected “evidence that many entomologists (scientists who study insects) are afraid of spiders, which are not insects.”

Materials Science: Awarded to a group of scientists “for showing that knives manufactured from frozen human feces do not work well.”

Medical Education: Awarded to a group of world leaders including President Donald Trump, Prime Minister Boris Johnson, President Vladimir Putin, and President Jair Bolsonaro “for using the COVID-19 viral pandemic to teach the world that politicians can have a more immediate effect on life and death than scientists and doctors can.”

Medicine: Awarded to doctors “for diagnosing a long-unrecognized medical condition: Misophonia, the distress at hearing other people make chewing sounds.”

Peace: Awarded to unnamed government officials from India and Pakistan who “surreptitiously [rung] each other’s doorbells in the middle of the night, and then [ran] away before anyone had a chance to answer the door.” Essentially, Ding Dong Ditch with diplomatic immunity.

Physics: Awarded to a team that discovered “what happens to the shape of a living earthworm when one vibrates the earthworm at high frequency.”

Psychology: Awarded to a pair of scientists “for devising a method to identify narcissists by examining their eyebrows.”

'Winners receive a paper cube (which the recipients printed and folded themselves) and a note for $10,000,000,000,000. Not US dollars, of course, but a relic from the days of Zimbabwe’s hyperinflation. According to reports, this was the sum required to buy a loaf of bread in 2009.

'Warmest congratulations to all of this year’s honorees!' 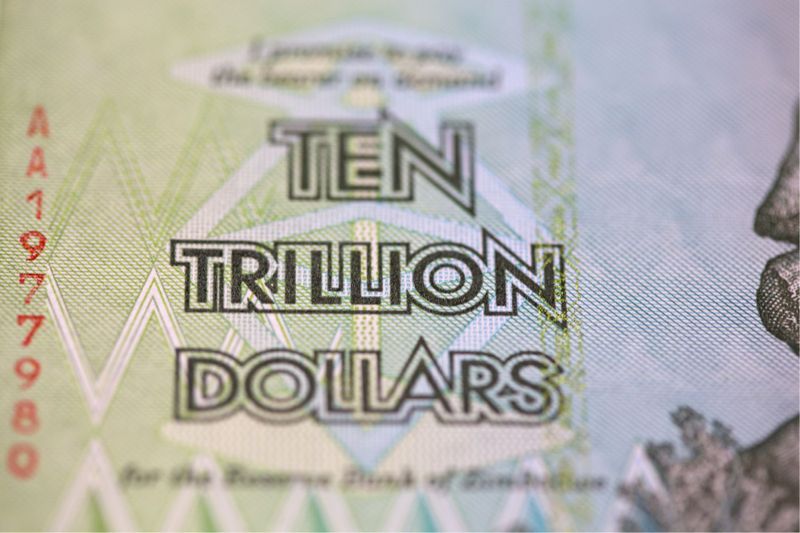 Other recipients of the award for laugh-worthy achievements experimented with alligators on helium and vibrating worms.

www.the-scientist.com
“Do not go gentle into that good night. Rage, rage against the dying of the light.” - Dylan Thomas
"Those who can make you believe absurdities can make you commit atrocities." - Voltaire
“Nobody's slave, nobody's tyrant." - Generallöjtnant Jakob Albrekt von Lantingshausen