The hidden, ongoing and escalating war.

Why respond to Rusian trolling?

Resasi said:
Why respond to Rusian trolling?
Click to expand...

It is the most perfect comment.
@TheIronDuke: Russian or any other trolls tend to be dealt with using weapons Russia can never hope to deploy.
Humour Irony Intelligence Knowlege

KGB_resident said:
Well, let's look how Putin's agitprop works using following article as an example. Would you be so kind to comment it?
UK Elite 'Horrified' "Russian Aggression" Fairytale Starts to Crumble - Journo

Do you think that it is just a private opinion or something else - blatant agitprop for example? Or maybe there is at least a bit of bitter thruth?
Mr.Richardson also said

Was Sputnik news agency correct to publish this interview? What do you think?

Ollie Richardson reminds me of some posters. He’s had articles on Sputnik previously. That it’s all ‘western hysteria’ and pushes the Kremlin line despite protesting his own ‘independence’. I suppose he thinks his conscience is clear.

The article says you can protest in Russia, so long as you follow the rules. But he then lies and says you can’t do the same in the UK or EU. After all, if Police in Russia are being attacked, do they just sit there and take it?

He then thinks we’ll have the same as France in the U.K. until the ‘internal socio-economic system collapses’. He certainly needs to get out more and take his blinkers off.
You can take a horse to water, but you can't make it drink. However, you can bl**dy well make it wish it had!

Chinese and Russian cyberattacks dominate international cybersecurity news, the development of cybersecurity norms in the western hemisphere has gone largely ignored.
There is a lack of knowledge of the harm, resulting from cyber-attacks. A lack of knowledge that may result in the deployment of controls incapable of mitigating the overall harm. Few institutes, which provide aggregate data and publish annual reports of cyber-incidents.

Such limitations may prevent us from identifying and understanding all the potential harms that can result relationships that might exist between them. Cybercrime from Latin America and the Caribbean alone contributes $90 billion per year to the global cybercrime industry and about 12 percent of Distributed Denial of Service (DDoS) attacks target Latin America.

In this hyperconnected world, IP traffic is exploding with predictions of over 3 zettabytes of annual IP traffic expected by 2021. Half the world’s population uses the Internet, 125 billion IoT devices are expected by 2030. The increasing complexity along and constantly evolving nature of threats leads to more breaches, cyber attacks, with longer times to resolve incidents.

In the past 10 years, there have been more than780,000,000 malware attacks. Gaps like DNS that are often left open and vulnerable to cyber attacks, and simple misuse. Existing security tools work in silos, lack end to end visibility and require manual processes to contain threats.

A new NATO military command ops centre to deter computer hackers has been started in Belgium and is intended to be fully staffed in 2023, but the alliance is still grappling with ground rules for doing so. The United States, Britain, Estonia and other allies have since offered their cyber capabilities.
NATO cyber command to be fully operational in 2023 | Reuters

Meanwhile the US is fully committed. "For any nation that is taking cyber activity against the United States, they should expect … that we will respond offensively as well as defensively”.
NSA official: new U.S. cyberwar policy isn't the 'Wild West' -- FCW

In the UK the risk of cyber attack has been identified as one of the top risks to the UK in the National Security Strategy. The Defence Science and Technology Laboratoryis playing a key role in mitigating the risk of cyber attacks against the UK and has been working with several government departments to develop best practice advice for protecting UK critical national infrastructure and cutting edge cyber capabilities for military operations.
Protecting the UK from cyber attack - MOD-DCO
Last edited: 22 Dec 2018
R

China Russia and Iran are now suspected in the recent surge of attempted hacking of UK’s COVID 19 research. 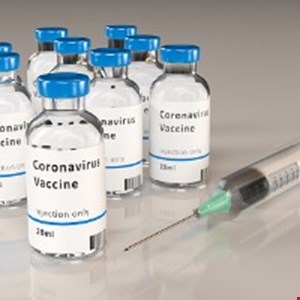 The fact that these countries don’t have to pay for this intellectual property, their hacking costs virtually nothing, doesn’t only result in a loss to a nation's security, but also its economy.
Last edited: 6 May 2020
R

Recent Iran Israel spate of cyber-skirmishes have now been coming out into the open. This may have been counterintuitive in the earlier stages of cyber-warfare, as adversaries in the past chose to remain silent, or blame apparent attacks on technical malfunctions. But this form of conflict seems to have now entered a new phase

In Syria, the ongoing Israeli-Iranian conflict saw a shift from past tactics that were conducted in the shadows, or through proxies, to open direct air strikes on facilities Iran has been constructing with its IRDG contingent in Syria with the direct aim of attacking Israel.

Iranian involvement escalated in mid-2014 after the rise of the Islamic State in Syria and Iraq and subsequent weakening of the Assad regime when Iran sent thousands of fighters from various military organisations to fight in Syria under Iranian leadership with its operations in Syria orchestrated by the Quds Force.

Direct involvement by Iranian forces consists of two contingents: the first, exclusively Iranian forces of the IRGC. The second smaller group, units from the regular Iranian army, Artesh, which began arriving in Syria in early 2016.

Iranian fighting forces in Syria grew to at one point as many as 2,500 men, before dissent at home forced the Clerics to begin scaling this back, though this has masked the crucial role of Iranians as battlefield commanders of Syrian and Shiite militias and role of Iranian units in Syria aimed at Israel, and It has not being going well for Iran, so they shifted tactics and went cyber.

Once again it has not gone well for them, and, when they seemed to be ignoring hints from Israel, they made the hints bigger, it became public news. But the recent digital wars between these adversaries, and, potentially between other enemies, are likely to become more frequent, more open, and aimed at a wider range of targets.

Even as there are now attempts to establish rules for deterrence, the possibility for miscalculation has become bigger, and the probability of this type of conflict to escalate getting more likely. 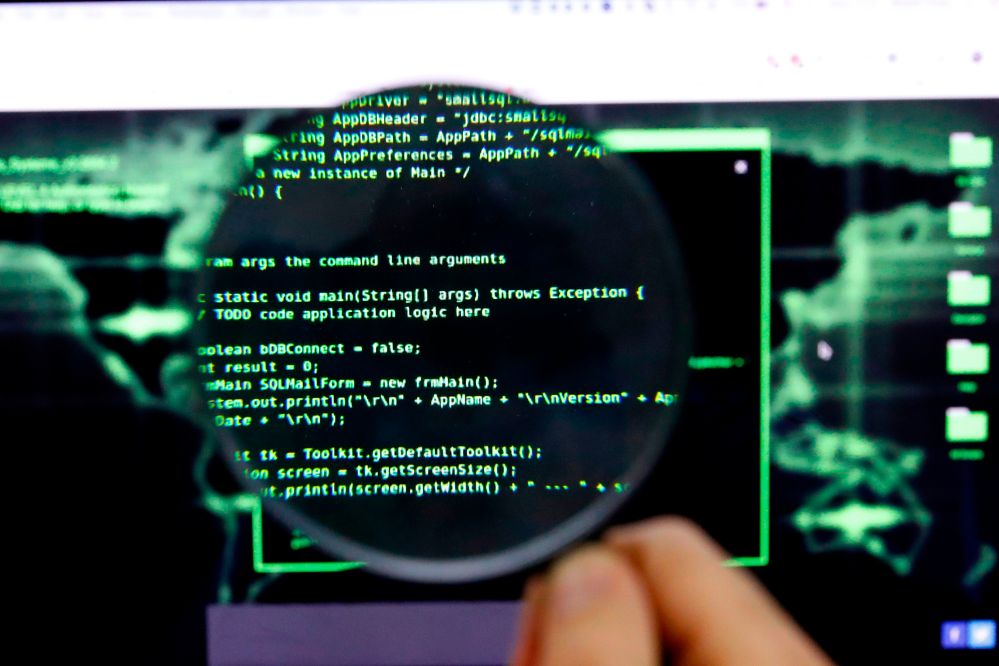 Feck me.....some flash to bang for some people - this has been happening for nigh on 20 years. Why get excited about Russian meddling now?
When routine bites hard, And ambitions are low, And resentment rides high, But emotions won't grow...
By voting on this post with a Dumb I confirm that I am a more than a bit stupid and an all round loser.

Graculus said:
Feck me.....some flash to bang for some people - this has been happening for nigh on 20 years. Why get excited about Russian meddling now?
Click to expand...

'President Trump took credit late last week for a cyberattack on Russia’s Internet Research Agency two years ago, citing it as evidence that he has responded strongly to Russian provocations, despite considerable evidence that he has often excused Moscow’s aggressions in cyberspace and on European territory.

'Mr. Trump’s statement came in an interview with Marc A. Thiessen, a conservative columnist for The Washington Post who is a former speechwriter for President George W. Bush and Defense Secretary Donald H. Rumsfeld.

'In the Oval Office interview, Mr. Thiessen asked whether Mr. Trump had launched the attack that shut down the Internet Research Agency, a troll farm in St. Petersburg, Russia, that was behind much of the 2016 election influence campaign that ran on Facebook and other social media sites. “Correct,’’ Mr. Trump said, but he added no other details.

'The move against the Internet Research Agency, though classified, has been widely reported over the past two years.' 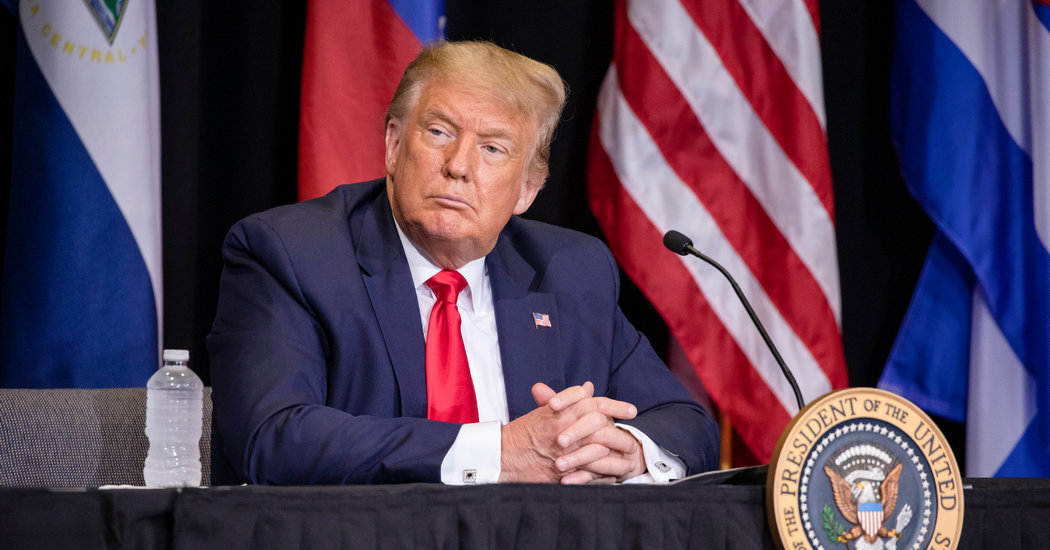 The move was intended to deter Russians from interfering in the midterm elections, and serve as a test of America’s capability to protect the 2020 elections.

www.nytimes.com
"Those who can make you believe absurdities can make you commit atrocities." - Voltaire
“Nobody's slave, nobody's tyrant” - Generallöjtnant Jakob Albrekt von Lantingshausen
"Only the dead have seen the end of war" - Plato
You must log in or register to reply here.