The Great Waterloo Controversy , the story of the 52nd Foot at Historys Greatest Battle

The story of the 52nd of foot at Waterloo. - By Gareth Glover

The Author is an Ex R.N. Officer who has studied the Napoleonic wars for over 40 years

Writing any book about Waterloo is always going to place you above the parapet so to speak,

So many books have been written on the subject, and many by former members of the regiments involved, ( with an obvious bias as you would expect) so the author has instead set out to obtain origional source material including the previously un-published memoir of Charles Holman of the 52nd Foot , the exact events of the Battle can now be laid open to scrutiny, he has also diligently researched thousands of other archives and located previously unlisted documentation, unfortunately one particular source of reference the Adam letters eluded him, because the present owners refused all access to them and still do ? Perhaps they think that by keeping them secret their value may rise ? who knows

The speed of advance, and the fiercely contested three monumental battles fought over three days, ending in total defeat and humiliation for Napoleon's Armies , have entered into folklore, how much is true, how much is propaganda and myth ?

Napoleon's Imperial Guard, as yet unbeaten marched towards the Duke of Wellington's already weakened line , expecting victory but were beaten back by the disciplined firing of the British Infantry, the 1st Foot Guards , afterwards honoured with the title of the Grenadier Guards.

However the 52nd Foot were in the thick of the fighting but went unrecognised. 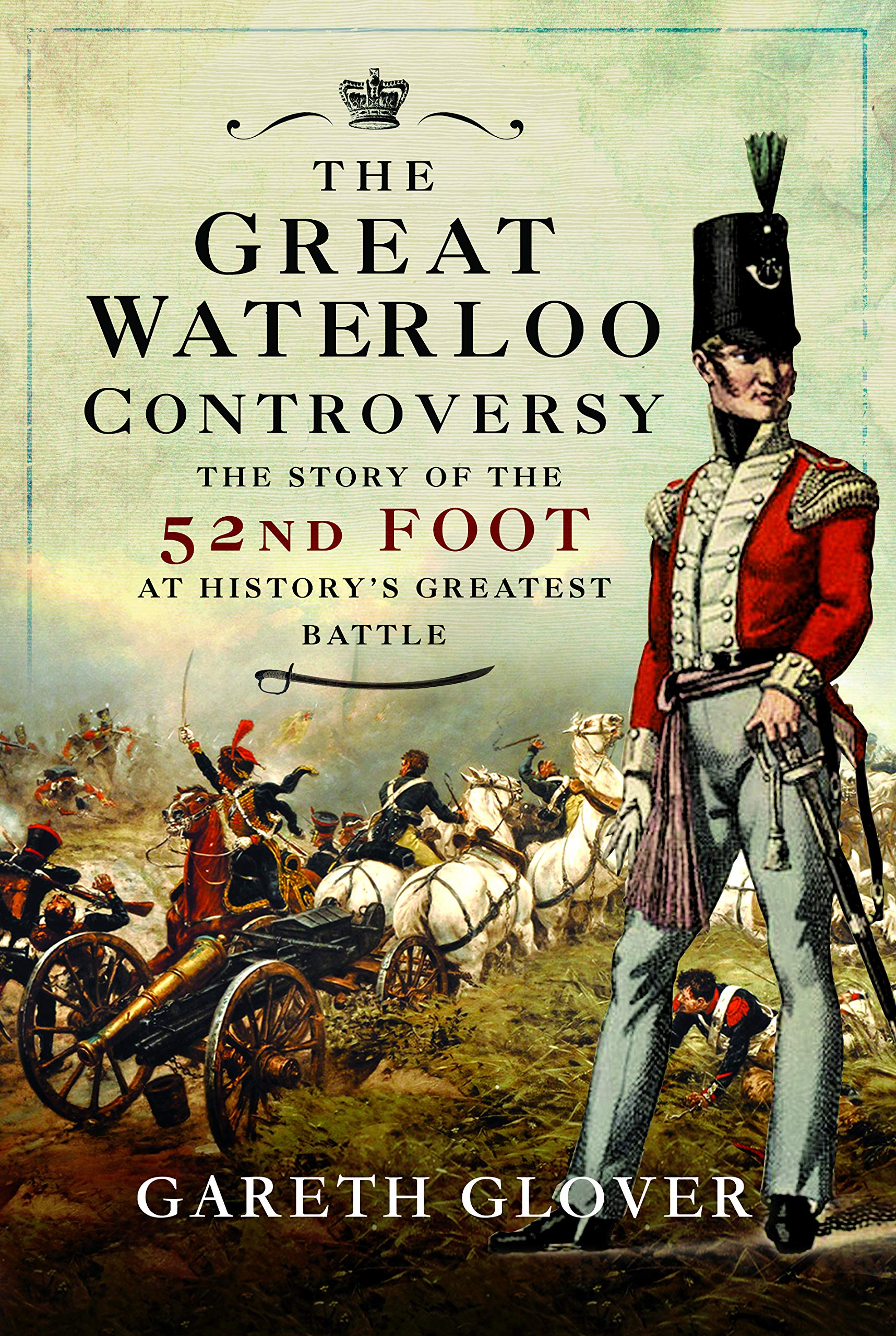 ​
Charles Holman's Journal allows us an insight into their part in this momentous battle, alongside other first hand accounts. Gareth has set out the most likely course of the battle, the reaction to them afterward , and the view from the army's perspective; talk of covers ups, dirty deeds and conspiracy theories and infighting should finally be cleared away allowing a clear view of the events of the battle within the pages of this extensive work.

Alongside original maps and personal records from soldiers, the Author narrates the course of the battle, breaking it down into hourly and daily segments, allowing you to understand the ebb and flow of the troops and the difficulties encountered under terrible conditions. This hardback book running to 304 pages is so finely detailed and informative, that you will fully comprehend the soldiers lot, and the first hand accounts draw you right into the melee.

We were ordered with the divisions of Bachelu and Foy to ascend the plateau in squares. We almost reached the English, when we received a rapid fire of grapeshot and musketry, It was a hail of Death.

A young lad ( Kearns) of our company was struck by a cannon shot and was borne of motionless and white as a sheet, Those about me and myself concluded he was dying, Two or three days afterwards I could scarcely believe my eyes, when I saw him walk through the bivouac, The shot had carried away his pouch so cleanly , that he suffered no injury beyond the tmeporary shock and fright .

I fell asleep directly and never even woke till the assembly blew and woke with my side in a puddle of water, I got up with my teeth chattering, but begged a smoke from a man in my company out of an old and dirty pipe, who had a little tobacco, This warmed me and made me once more fit for the march.

I remember one good halt after leaving Enghien, which we made from about eight till half past nine , There was also another halt on the 16/17th , which took place in a large open wood, As we moved off again, the band struck up a march, the horse in a sutlers light covered cart, frightened by the band, dashed off amongst the trees, and the last I saw of this occurrence was that the body of the cart separated from the wheels and axle-tree and shafts, with which the horse ran off, leaving the poor woman inside the body of the cart, I think she could not have been much hurt, but it would probably be some considerable time before she and her husband, if she had one , would be able to join the division again.!

An informative and concise book on the subject and well worth reading.

Letters from The Few - Unique Memories from The Battle of Britain