Kit Reviewer
Book Reviewer
Reviews Editor
We have all heard of Bletchley Park and the critical work undertaken there. Personally I had never heard of Brigadier John Tiltman so I read this biography, and was utterly amazed that his name isn’t better known.

After military service in the Great War, Tiltman became a codebreaker. The breadth and depth of his experience is incredible – codes in Russian, Chinese, Japanese, German, Spanish and Italian were decrypted, code books written, and advice and training given to others. The book gives some detailed descriptions of how this was done, and the man seems to have been a walking computer! 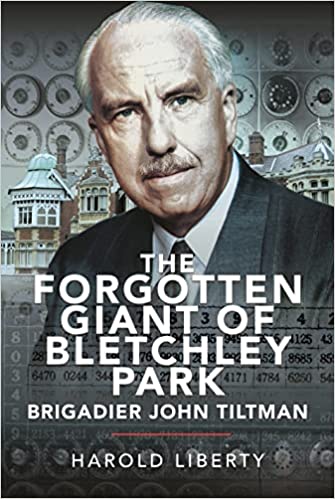 Unusually for what nowadays would be called a 'geek', he was an adept political player. He was instrumental in working with codebreakers of other nations as the inter-war period became more tense, and in persuading British Politicians to support and fund this important work. He broke through some of the more debilitating aspects of protocol, allowing his codebreaking teams to recruit excellent people and give them what they needed to succeed. Described as a gifted commander, memories of his approach would bring a smile to military readers (a Corporal, on bringing both feet together to attention, being asked 'Do you have to make so much NOISE, dear Boy?' and being granted permission to wear white plimsolls instead of boots when working in Tiltman's office, for example!). He was very instrumental in the development of the ‘Special Relationship’, sharing codes and decrypts with the US long before they actually entered the War, and receiving useful information from them.

The author has researched widely, and describes in detail ways to break codes, the experiences of people working at Bletchley Park, and memoirs of those who met ‘The Brig’ on his travels to Hong Kong, France, Germany, Italy and the USA. He also covers the UK and foreign political tensions at the time. The descriptions of the Comintern's actions are as worrying today as they were in the 1930s.

Harold Liberty, being a Classicist, chess-player, musician and crossword addict, may well have worked at Bletchley Park had he been born in an early time. He has been a Steward and Guide there for some years, and this experience led him to write the book. It's packed with information, has some nice photographs, and I recommend it to readers.

Four Mushroom heads.
And this you can see is the bolt. The purpose of this
Is to open the breech, as you see. We can slide it
Rapidly backwards and forwards: we call this
Easing the spring. And rapidly backwards and forwards
The early bees are assaulting and fumbling the flowers:
They call it easing the Spring.
They call it easing the Spring: it is perfectly easy
If you have any strength in your thumb: like the bolt,
And the breech, and the cocking-piece, and the point of balance,
Which in our case we have not got; and the almond-blossom
Silent in all of the gardens and the bees going backwards and forwards,
For today we have naming of parts.

Captured at Singapore by Jill Robertson and Jan Slimming

The Forty Sieges of Constantinople: the Great City’s Enemies & Its Survival. by John D Grainger

The Hitler Myths: Exposing the Truth behind the Stories about the Fuehrer, by Sjoerd J. De Boer