Book Reviewer
Saw this, thought it might be of interest to some on here;

London was the critical location throughout the English Civil Wars - a fact that has been emphasised by countless historians, with some going as far to say that by fleeing his capital in January 1642, King Charles I lost the war several months before the fighting actually started. Most studies focus on London as the political and economic powerhouse - overlooking the fact that militarily, London was just as important; it is 'London: the militarised city' which is the focus of this new history. At the outbreak of the fighting, Parliament was able to call upon the capital’s ‘citizen soldiers’ - well trained and equipped soldiery - although their commitment was not always assured. In addition to its militia and other volunteers, London was also able to defend herself through the construction of the largest system of urban fortification constructed anywhere in the country - a factor made even more critical by the fact that the London arms trades supplied the Parliamentarian war effort. Despite the fact that London did not witness any actual battles (although the fighting did get as near as Mile End on one occasion), armed soldiers were a common sight on London’s streets and the political direction of what has sometimes been referred to as 'The English Revolution’ was steered by several armed coups within the capital. Whilst London was controlled by Parliament, there was a large neutral faction and not an insignificant Royalist element - a number of who fled the capital to fight for the King, while others could be found in London’s military hospitals and prisons (and, for some, ultimately at the capital’s many places of execution). There is a significant amount of mid-17th century London which can be traced today, and so this book also identifies the sites and places associated with Charles I, Oliver Cromwell and other chief protagonists of this key period in British history. Written by an acknowledged expert on London’s Civil War defences, this is both the first military history of London during the 1640s and 1650s, and an accessible general introduction to London during the time of Charles I and Oliver Cromwell.
' Don't it always seem to go, that you don't know what you got till it's gone ? '
-----
' I like the idea of Democracy. You have to have someone everyone distrusts. That way, everyone's happy. Think about it. '
Brutha, Cenobiarch of Om.

As a kid learning about this in school, we were tacitly encouraged to cheer for the parliamentarians. However, knowing more about the character of Oliver Cromwell now, I can only say that I would have cheered his posthumous decapitation.
Come visit my YouTube project: https://www.youtube.com/channel/UC9k2WzcJ1kUMl4KIwNQwrFA

stoatman said:
As a kid learning about this in school, we were tacitly encouraged to cheer for the parliamentarians. However, knowing more about the character of Oliver Cromwell now, I can only say that I would have cheered his posthumous decapitation.
Click to expand...

300 years on and the Hanoverians are still paranoid about their dodgy claim to the Stuart throne.
I knew it. I’m going home in a bag. It’s always the Corporal that gets blown up first.
Cpl Pez

Gary Cooper said:
300 years on and the Hanoverians are still paranoid about their dodgy claim to the Stuart throne.
Click to expand...

That was 30 years later from the Restoration with the Glorious Revolution!
Always remember others may hate you but those who hate you don't win unless you hate them. And then you destroy yourself.

Hard one to answer that considering even close families were split (brother fighting brother etc.).
I stayed at a pub in a small village in Devon some time ago (I won't name it). Passing time having a chat with the barman and he mentioned the village football team had their biggest match of the season coming up, against the next village down the road and barely a couple of miles away. There was a bit of a rustic, rural version of Rangers/Celtic, West Ham/Millwall thing going on as each village despised each other and it always ended up with the inevitable punch up both on and off the pitch.
Apparently they used to get on once (e.g. leaving food on boundary stones etc. during the plague) and generally helped each other out.
All that changed during the civil war when both villages took opposite sides. They have hated each other ever since.

The London population, stiffened by a long history of independent trade guilds and finance, were also extremely religiously non-conformist and literate.

You ended up with a group of self-radicalized religious bigots with no loyalty to the Establishment, church or monarchy, in touch with similar thinkers overseas, and determined to impose their will on the State come hell or high water.

"You are a Racist and a Xenophobe" KGB Resident. (Professional liar and apologist for mass murder.)

HectortheInspector said:
The London population, stiffened by a long history of independent trade guilds and finance, were also extremely religiously non-conformist and literate.

You ended up with a group of self-radicalized religious bigots with no loyalty to the Establishment, church or monarchy, in touch with similar thinkers overseas, and determined to impose their will on the State come hell or high water.
Click to expand...

That seems to be a familiar mindset practiced by certain individuals today.

I am basing my vote on where I would have stood in the 1st Bishops War. English Civil war is a catch all, 1st, 2nd and 3rd English Civil wars all belong, and sometimes for various understandable reasons, the whole Wars of the Three Kingdoms Cycle gets roped in. 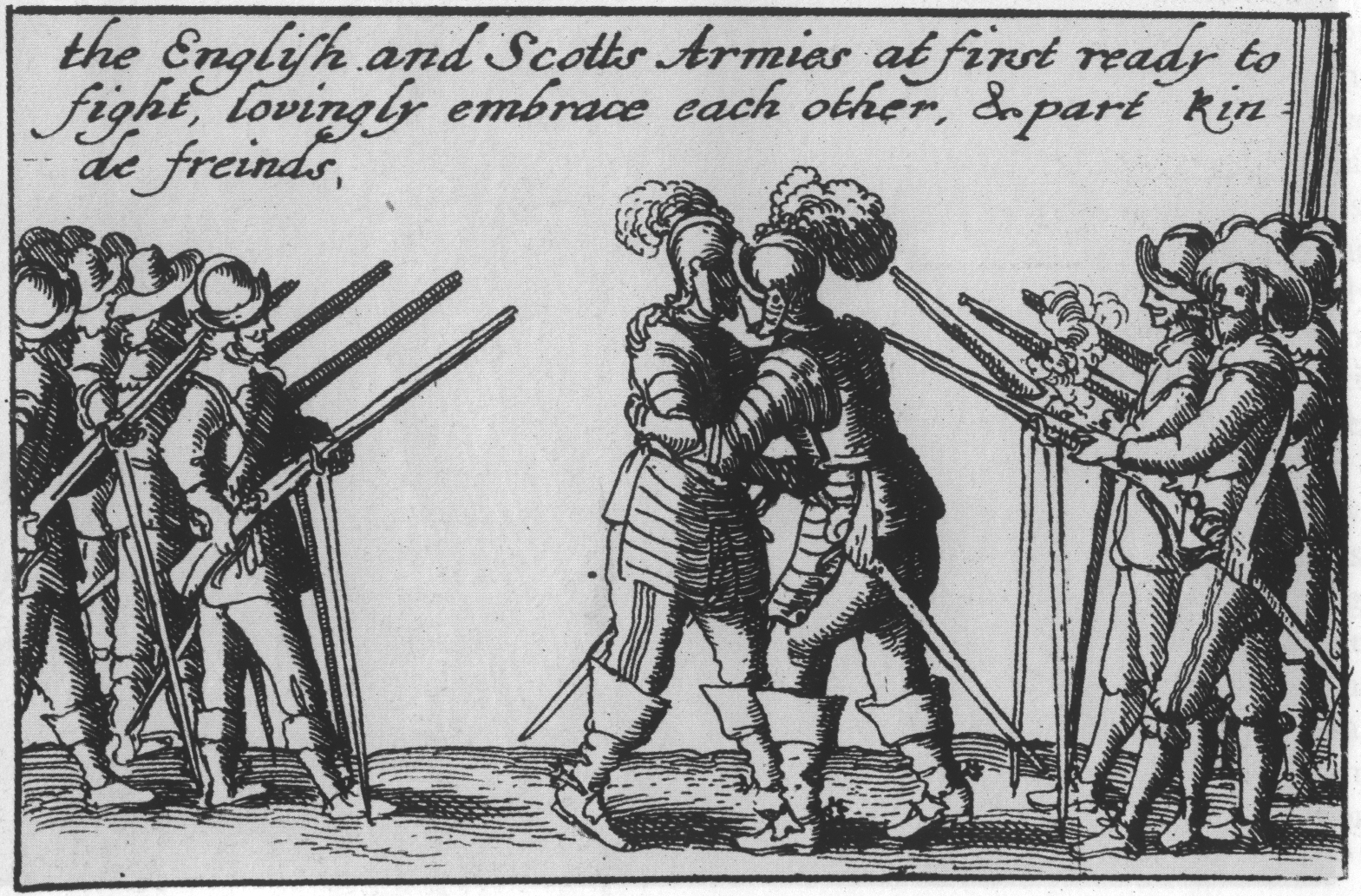 Old Stab said:
That seems to be a familiar mindset practiced by certain individuals today.
Click to expand...

Indeed. But enough about UKIP...
"You are a Racist and a Xenophobe" KGB Resident. (Professional liar and apologist for mass murder.)

Book Reviewer
As a child,the Royalists seemed much the sexier side to root for...boozy,libidinous and awash with raffish panache ! 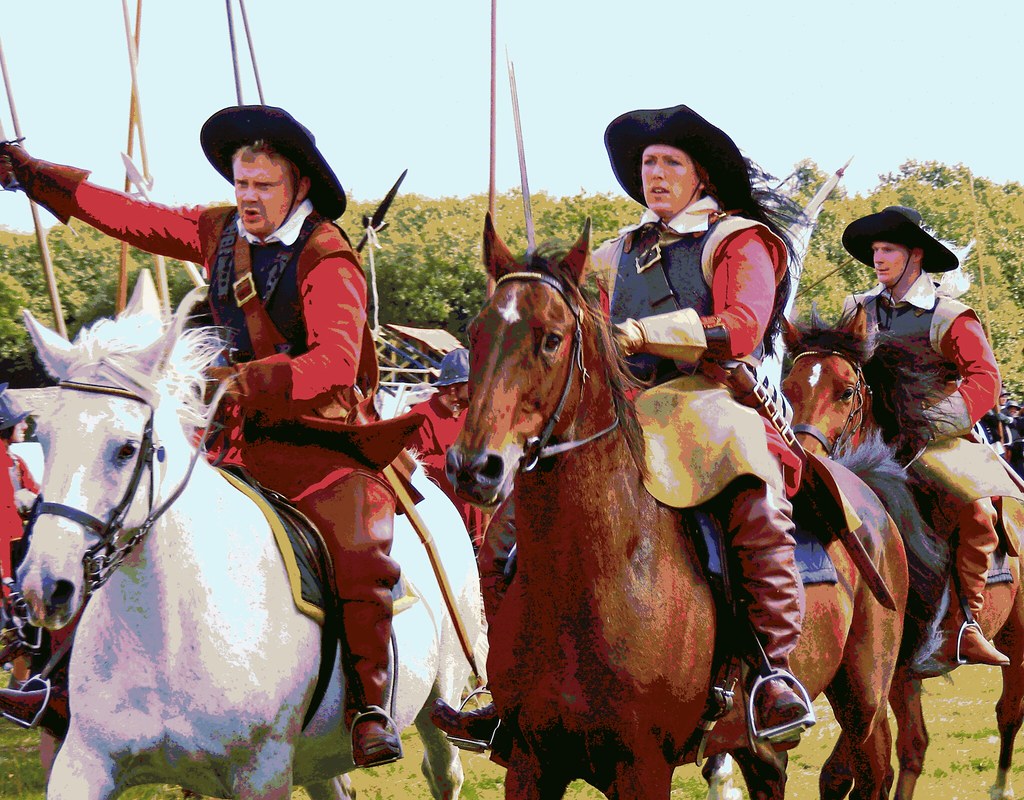 Trouble is,King Charles the Martyr (sic) aka The Man of Blood, Citizen Stuart etc etc even as played by Alec Guinness was frankly an Arrse. Although he made a brave end.

Heartbreaking time,as is any Civil War.

My West Country forebears would have been solidly for the King,though not because they knew much about him.

Where I grew up (Hertfordshire) would have been largely part of Oliver's Eastern Alliance.

Hampshire,where I am now was FEBA.

Which is why a neat suburb of Winchester is called Oliver's Battery,for the simple reason that his artillery commanded the town from there.

HM was a tyrant. Cromwell was a hypocritical tyrant. All this PC fuss about statues lately & I've heard no suggestion that the one of that c*nt outside the Palace of Westminster should be chucked down a mine shaft. Defender of parliament my a*se. Abolish 1 house, purge the other of all but your mates & abolish elections: f*cking Corb- I mean Cromwell.

Book Reviewer
Interesting book, by the look of it.
"I do not resent criticism, even when for the sake of emphasis, it parts for the time with reality" WSC

Post mortem patris pro filio as they say where I come from.
I'm not happy about our position in the narrative structure of this war.

As Sellars and Yeatman put it, the Royalists were Wrong but Romantic, the Parliamentarians Right but Repulsive.

Definitely a Royalist myself. We even had a minor skirmish in the village (now London suburb) from which I hail. Our church records note the burial of three soldiers who all died of their wounds whilst being cared for after the fight - only one is named, "Mattes the Polonian", ie Matthew the Pole. Given that the village was an oasis of royalist sentiment, as it had a palace within the boundaries (a bit like Sandringham parish if one were looking for a modern analogy) and the Rector was arrested by the Parliamentarians for being a Laudian crypto-papist who still used the Prayer Book, it is generally assumed that the three chaps were Royalists from a cavalry patrol that got a bit too cheeky in pushing into north Surrey; certainly a horse's skeleton with ECW military harness, holsters, etc, was recovered during roadworks in the 1930s nearby. Also makes much more sense for a Pole - prob Catholic - to be on Charles' team rather than the Earl of Essex's, but at the end of the day, even Cromwell might have held his nose over a good enough merc with combat experience.

By the way, the Rector - John Hackett - got his reward at the Restoration, and was made Bishop by Charles II. Famous for his invitation to the Parliamentarian trooper who ordered him at pistol-point, mid-service, to desist from using the Prayer Book, "You do your duty; I will do my duty to God."

Did not one Scottish celebrity - I forget who - cause outrage by comparing the Covenanters unfavourably with the Taliban for ecumenism and tolerance? Cromwell certainly scored highly on the utter bigot and hypocrite scale...

Helm said:
Cromwell, the Irish hate him, that's good enough for me.
Click to expand...

Mind you, the Irish rebellions were not unlike some of the things IS got up to.
A bad, vicious time but as soon as Noll was dead, it was amazing how quickly things settled down.
A lot of that was down to the behaviour of the Parliamentarian General Monck, a crafty old bird, who threw in his lot with Charles II.
"You are a Racist and a Xenophobe" KGB Resident. (Professional liar and apologist for mass murder.)
L

HectortheInspector said:
The London population, stiffened by a long history of independent trade guilds and finance, were also extremely religiously non-conformist and literate.

You ended up with a group of self-radicalized religious bigots with no loyalty to the Establishment, church or monarchy, in touch with similar thinkers overseas, and determined to impose their will on the State come hell or high water.
Click to expand...

Gary Cooper said:
300 years on and the Hanoverians are still paranoid about their dodgy claim to the Stuart throne.
Click to expand...

If last week's BBC4 documentary on the Tudors was anything to go by, this week's offering about the 'Glorious Revolution' should support that statement quite well!
"Those who can make you believe absurdities can make you commit atrocities." - Voltaire
“Nobody's slave, nobody's tyrant” - Generallöjtnant Jakob Albrekt von Lantingshausen
"Only the dead have seen the end of war" - Plato
L

Being Half English and Half German that is one hell of a question bearing in mind we had the Thirty years war on our doorstep in Oldenburg. I would have sided with parliament except that Parliament had always taken the expeditious way forward and I am a natural Protestant so I never did take to Harry VIII

Helm said:
Cromwell, the Irish hate him, that's good enough for me.
Click to expand...

The Irish hate the English anyway, so that's no surprise.
NULL
You must log in or register to reply here.