A very harrowing read of the personal account of Lieutenant Colonel Kappe on the Thai - Burma Railway. There are also some extracts from Unit Diary maintained by Captain Ben Barnett.

After the indignity of surrender these men were kept in deplorable conditions. Sickness and disease were rife (cholera, beri beri, dysentery, skin ulcers. They were forced to work (hard labour) even while sick and starving.

Marched from camp to camp on roads that were basically mud tracks and very slippery while carrying their kit, the sick on stretchers and the sick men's kit too. Death from sickness and work related accidents were a daily occurrence.
Camps that were unfit for the number of men kept in them, overcrowded huts and men having to sleep outside in wet clothes and blankets.

Quite how some of these men survived this ordeal is beyond me.

Working long hours in awful conditions, often without clothes as their kit had rotted and boots disintegrated in the tropical wet heat. The requests for boots, kit, clothes and food from the Imperial Japanese Army were promised but often ignored.
I'm sure most people on here will know about this and will have seen Bridge on the river Kwai but this book puts it all into context as the conditions were much worse than depicted in that film.
Not the usual sort of history book I like to read but I still found it interesting and informative.
I'm sure many on here with an interest in this conflict will find it worth reading. 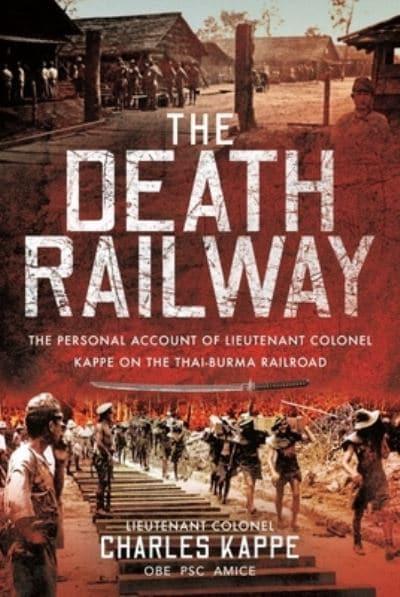 Amazon product
Last edited by a moderator: 1 May 2022
Click to expand...

Provost said:
Enlarged prostate? As if the heat and humidity weren't bad enough on their own.
Click to expand...

par avion said:
I don't think any Thais died as Thailand was officially on the same side as Japan. They declared war on the Allied nations on 8 December 1941.

About 100, 000 forced labourers from Malaya, and Burma died though due to hard wark, brutality, poor conditions, lack of medical care and tropical diseases such as Cholera and Beri Beri.

They did not have the organisation or military discipline that saved a lot of allied lives, plus the allies had there own doctors, medics (abeit with poor facilities and little medicine) Engineers, Logistics, etc who were also able to smuggle some food and medicine in, through barter with the locals. The deaths of the Asian labourers were not recorded by the Japanese and were just buried in mass graves which still come to light these days.

When the Japanese surrendered, British and Indian troops occupied Thailand to disarm the Japanese military and repatriate them. The surviving Asian labourers were given aid and medical help by the British until they were fit enough to return home.
Click to expand...

According to the Anzac portal the Thais resisted Japanese troops for a few hours at the beginning, they did declare war on the Allies later on, the link claims 1942:

Some Thais did work on the railway and suffered for it along with the POWs and other Asian workers .

My late Father in Law, an Austrailian, spoke Japanese and was a translator at the war crimes trials in Japan after the war, He hardly spoke about it and i understand why. His service record is interesting reading.
Angels and ministers of grace defend us!

In the Shadow of Death by Idris James BARWICK