THE COLONEL AND I: MY LIFE WITH GADDAFI - Daad Sharab 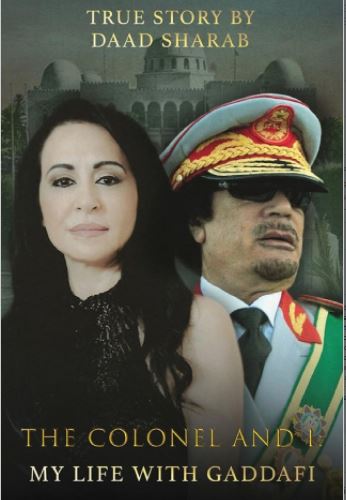 "I am not Gaddafi's judge. I leave that to the reader."

And therein lies the frustration and the interest in the book. Reading the gaps, as much as the text.

Daad grew up as a Palestinian in Jordan, who fell - or was perhaps groomed – into representing Libyan commercial interests under early modernisation and later sanctions. Success which then saw her used as a backroom political conduit to the King of Jordan, sent to Europe after the Lockerbie bombing, summoned to Israel over the Palestinian Question and despatched to the USA to network among the Clintons and other political grandees for the benefit of the Libyan administration.

Her father encouraged her education and modern viewpoint – she traversed the moderation of Jordan, the modernisation and then dictatorial clampdown in Libya, married into the luxurious but suppressive limitations of Saudi Arabian life. On divorce, Daad returned to Libya to pick up her brokering career only to be imprisoned for unknown reasons as the regime tottered. Her escape was by pure luck, when a curious civilian entered the detention compound after the Tripoli bombings and then assisted in her escape from the country. With nothing, she then set about re-establishing a career, fighting a prolonged court battle over years to recover a multi-million pound debt from a Saudi prince.

Daad points out that as Gaddaffi’s commercial protégé and later occasional unofficial diplomat her experience with him was mostly beneficent. She freely states her luck in falling under familial high regard, but aware of the danger in acknowledging the darker, predatory side of The Colonel’s recreations. But then Daad was drawn in for her intellect, ability to build contacts and develop trade – before and under sanction.

A varied arc of contrasts, from ceilings broken in the 1980’s when feminism and greed vied as valid reasons to take all opportunities presented, mixing with presidents and convicted terrorists, to fleeing for life along back roads - recounted with clarity and balance.

Pet peeve: carefully selected, photographs, maps or drawings can clarify aspects for the reader. But in this case - two sections of snaps where the majority are filtered or blurred to smudged ghosts is just irritating.