If the castle has a big garrison then yes. But a lot of places had only a castelan and a small defensive force. It’s comparatively easy to defend a castle with a small team and you can lay up supplies. Put a huge garrison in there for offensive purposes and the amount of time those supplies last reduces. I’m also wondering in that particular case where the water table is.

That castle might have been better sited nearer to the bridge or ford or whatever it was overlooking, perhaps with a small belvedere* on the hill to provide a longer view.

ISTR Napoleon was very good at identifying where fortifications were badly sited and simply bypassing them.

* As the other Bob says, remarkably similar to a modern OP or standing patrol in our modern parlance. One of my history lecturers found out I was a sapper and enjoyed comparing the evolution from curtain-walled castles to the ‘trace Italien’ and noting the similarities with modern defensive tactics: overlapping arcs of fire, covering obstacles, defence in depth, reverse slope, beaten zones, identifying the vital ground etc.
Click to expand...

On the subject of fortifications being built in the wrong place, not strictly a castle but the walled citadel of Londonderry, host of the Great Siege of Derry, is despite its seemingly imposing location very poorly sited.

The job of building the walls was one of the world's first PFI contracts. King James couldn't afford it so in return for a profitable slice of the action from the Plantation of Ulster the guilds of London were franchised to build the walled city that would henceforth be called Londonderry.

And being a PFI it was done on the cheap and not to government specifications. First and foremost the problem was the location, the obvious site was on the hill on the southeast of the River Foyle, given that it would be from the south or east that any aid from England would come. Not only that but the hill on the east is higher than the "island" of Derry where the walls were actually built. But the engineers looked at the island site, decided a river acted as a good moat and there were the ruins of an abbey that could serve as basic foundations.

And so it was during the siege that far from the Foyle acting as a defensive moat, the besiegers, having the benefit of controlling the southern and eastern access points and thus cutting the city off from aid by land, laid a boom across the river and effectively isolated the garrison completely. They then set their cannon up on the eastern hills and on the hills where the Creggan estate now sits and easily lobbed shells in on top of the besieged.

The Siege of Derry ended well for the garrison but it was a damned close run thing and in all the joyful celebrations few asked how it was that the city's walls were built in such a stupid location. 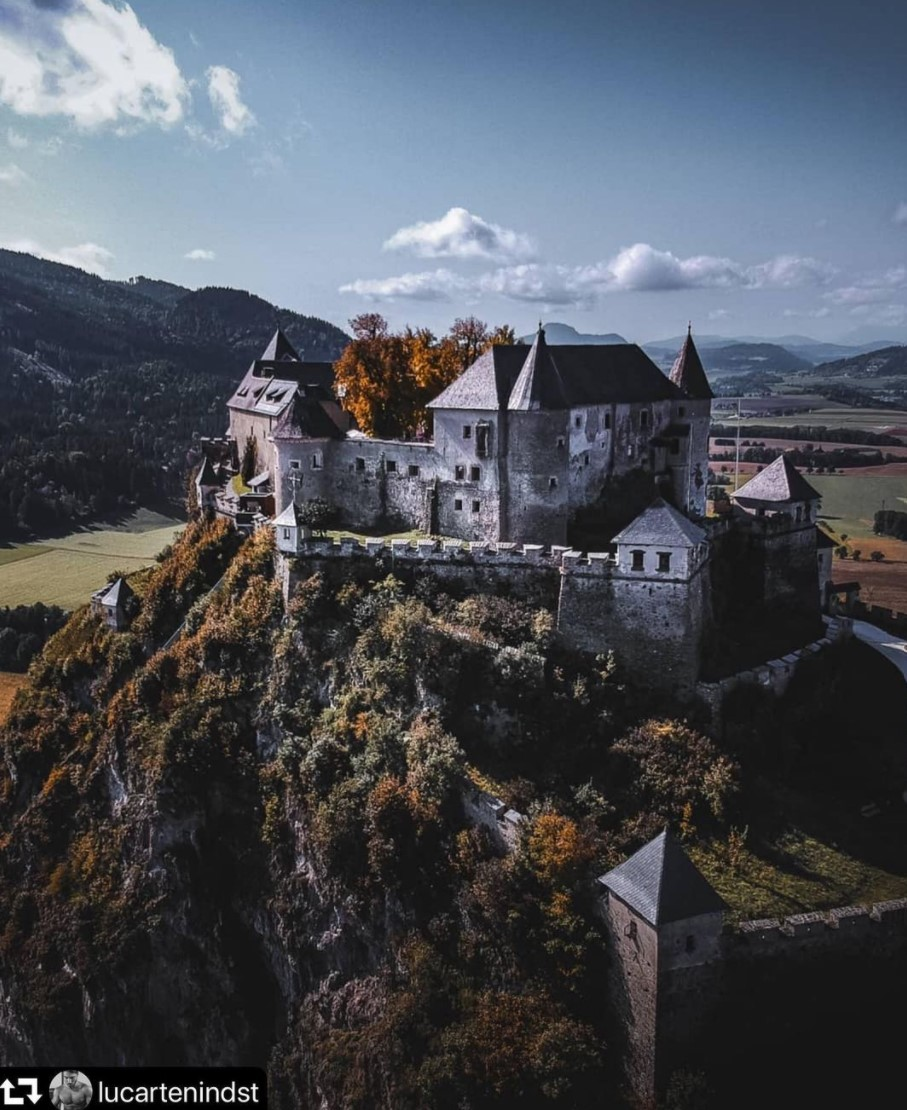 Hochosterwitz Castle, Austria
I want to live forever. So far, so good.
W

That one looks a bit like the toy moulded plastic one which my kids used to play with in Germany in the early 80s! 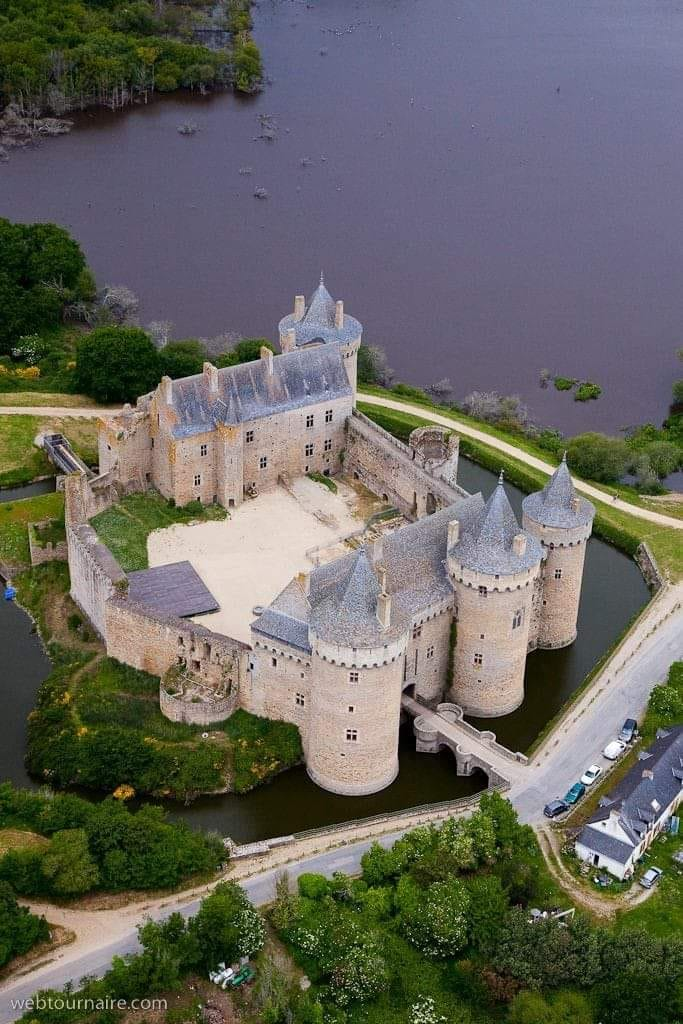 Château de Suscinio,
I want to live forever. So far, so good. 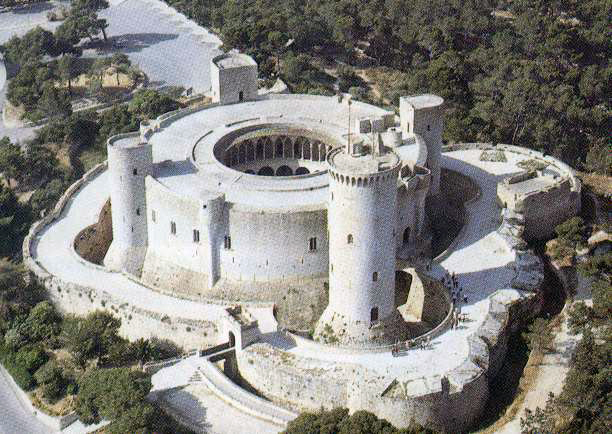 Bellver Castle It was built in the 14th century for King James II of Majorca, and is one of the few circular castles in Europe. As a fortification, it suffered and successfully resisted two sieges during the Middle Ages; the first of them in 1343, during Peter IV of Aragon's campaign to reincorporate the Majorcan territories to the Crown of Aragon, and then again in 1391 during an anti-semitic peasant revolt.​

Long time since I've been here . Dartmouth Castle
So much packed into a very small space within the walls of a ruined medieval castle .
One of the first gun towers in England , an old church , a lighthouse , a grave yard , a Victorian casemented gun battery , a WW2 gun position , a tea room and a car park . 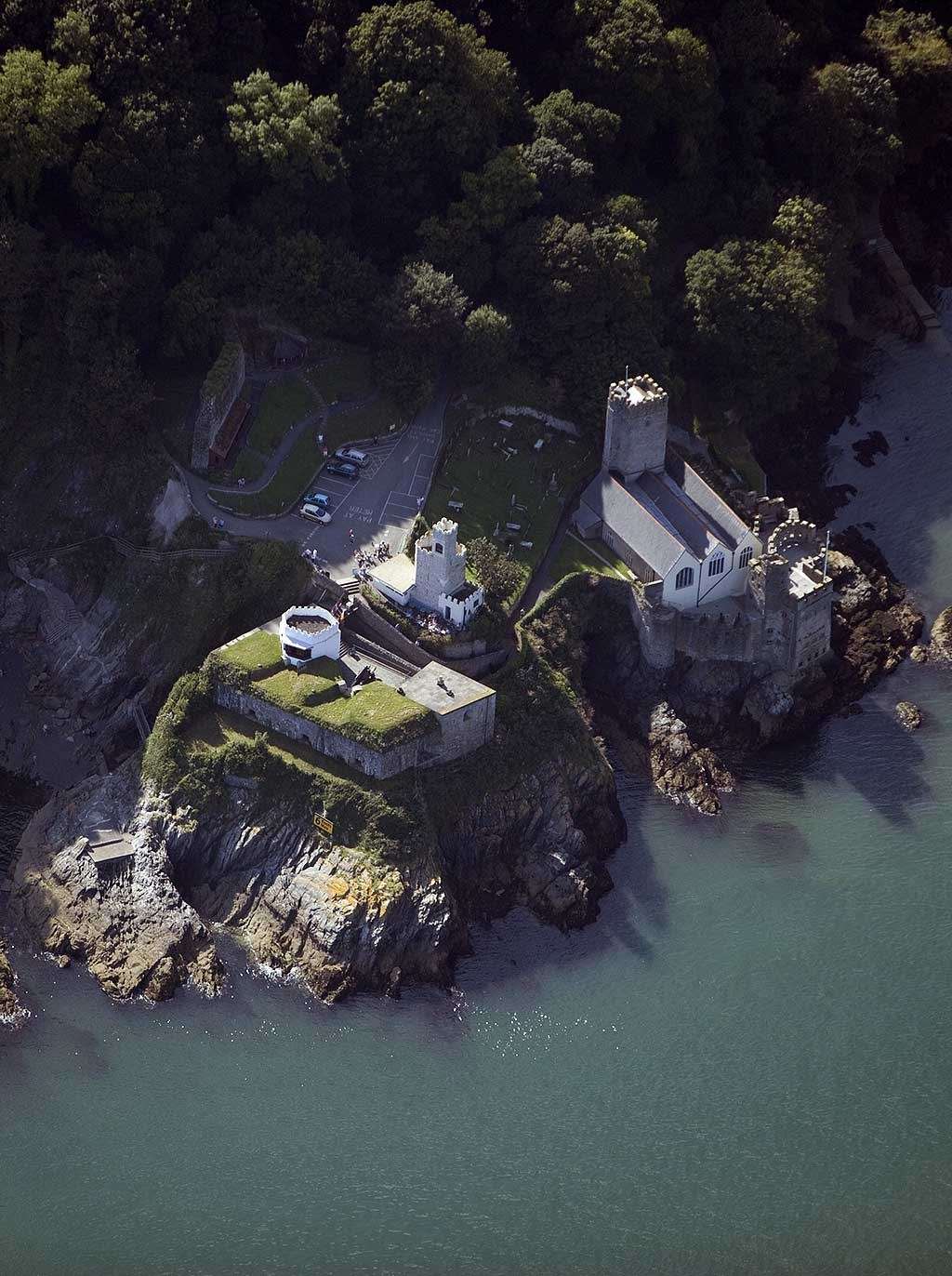 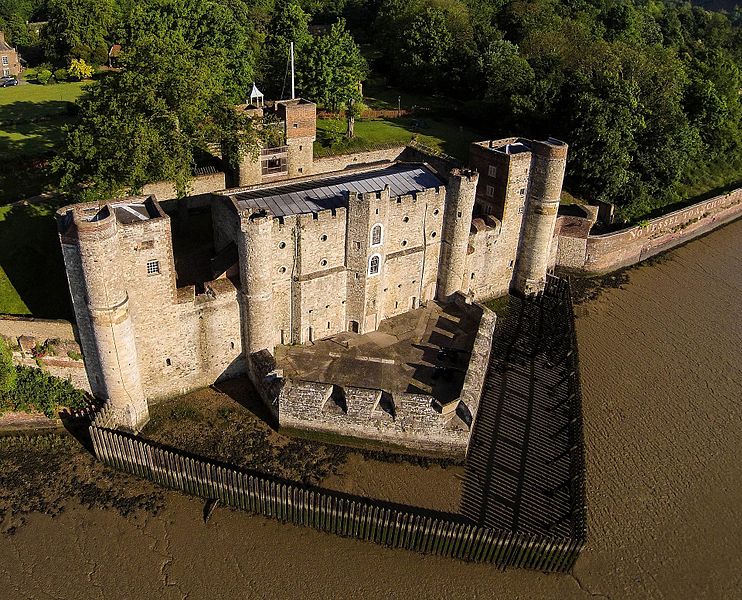 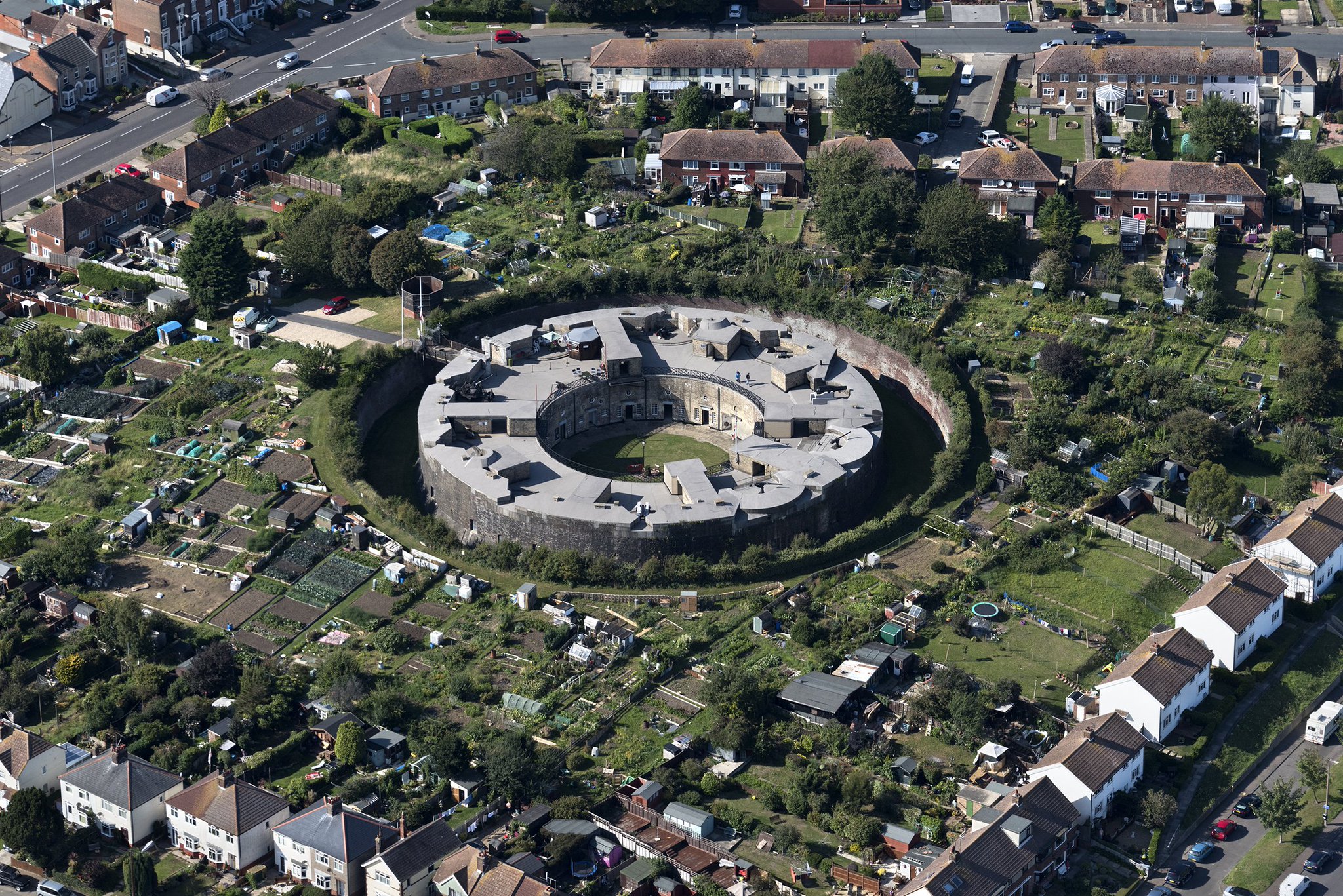 One I've visited quite a few times . On my early visits I notice some sort of depot alongside ( on the right in this pic. ) Along the perimeter with the castle was a row of old AAC Bell Sioux helicopters . I often wondered what happened to them , did any get to museums etc. ?

Nice place to visit and a nice walk through Upnor village from the car park .
You are more beautiful to me than the sight of a thousand sweet centipedes drawn forth by the dawn

Another old stomping ground of mine and often combined with a visit to the nearby Beacon Hill Battery mentioned upthread .
You are more beautiful to me than the sight of a thousand sweet centipedes drawn forth by the dawn
T

Londo said:
Another old stomping ground of mine and often combined with a visit to the nearby Beacon Hill Battery mentioned upthread .
Click to expand... 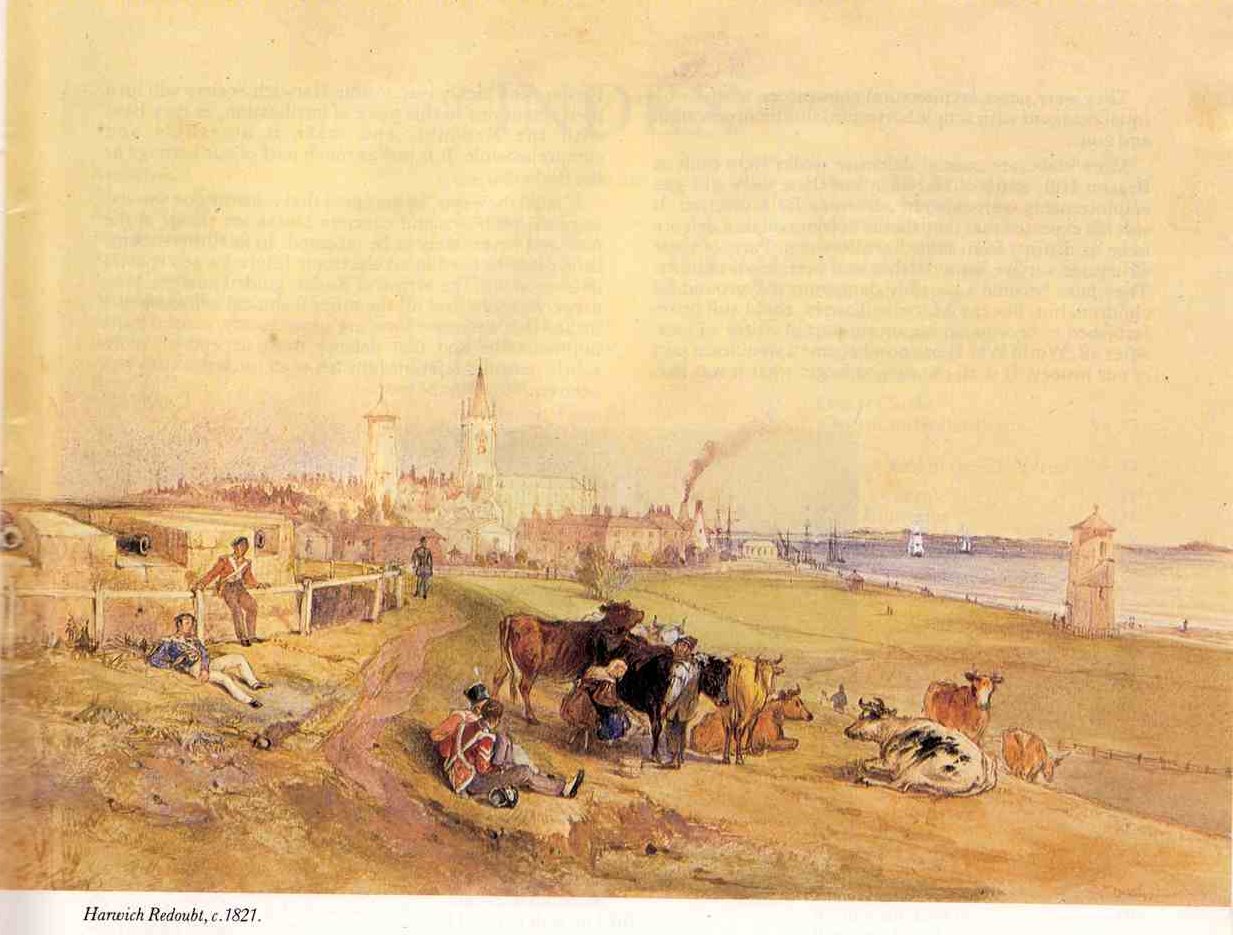 Another view of Dartmouth Castle and

I do . Not seen that print before
You are more beautiful to me than the sight of a thousand sweet centipedes drawn forth by the dawn

Another view of Dartford Castle and St. Petrox Church 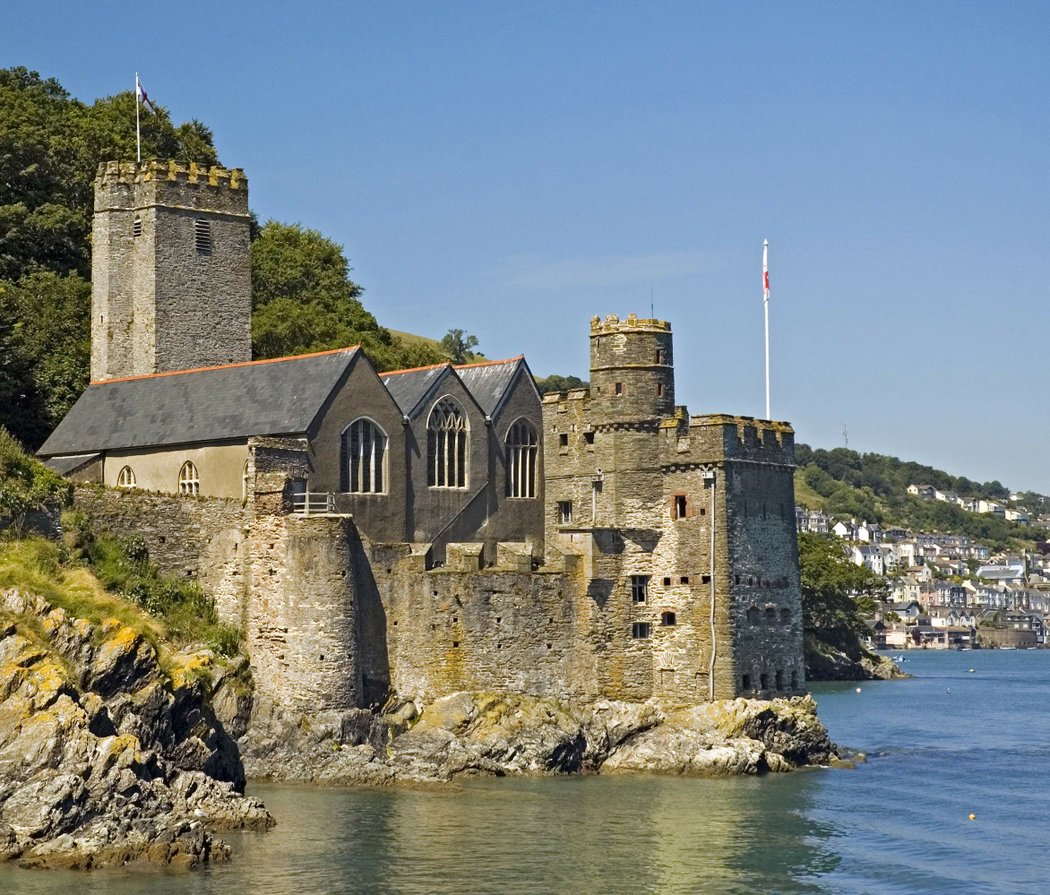 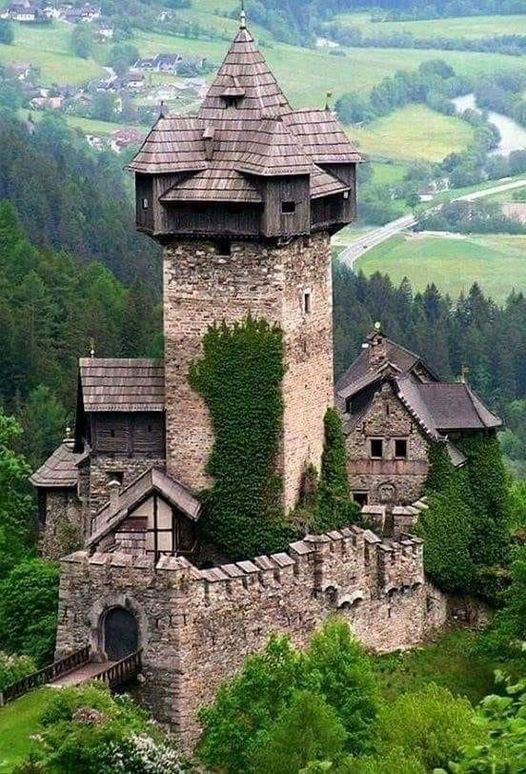 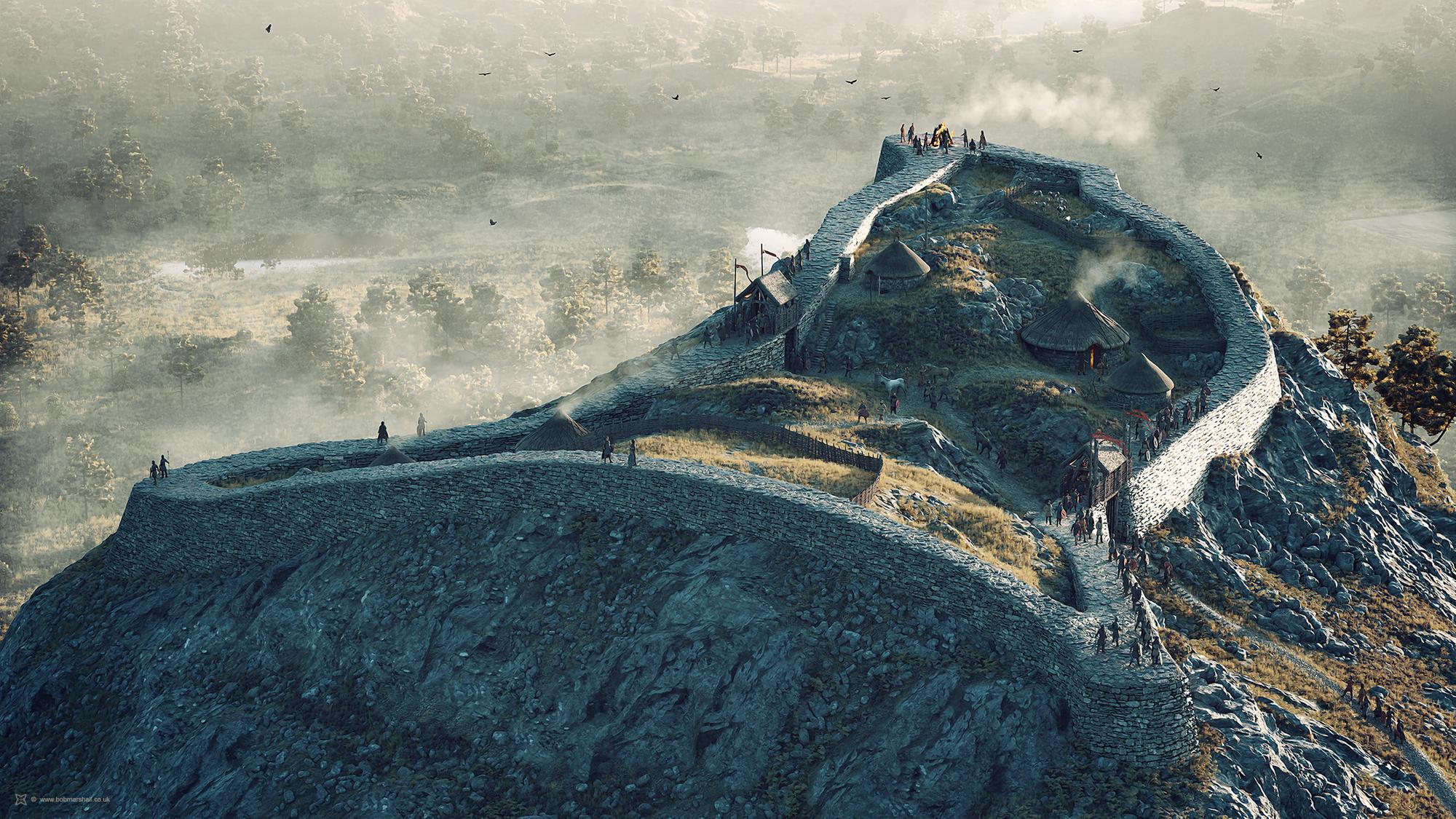 Travel back through the centuries to Dun da Lamh, a Pictish-era hillfort with commanding views over Strathspey and which was a place of status, defence and tribal belonging.

www.scotsman.com
It is in truth not for glory, nor riches, nor honours that we are fighting, but for freedom -- for that alone, which no honest man gives up,
As true today as in 1320. 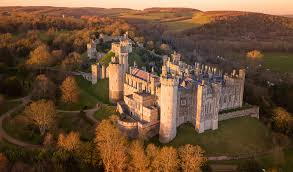 Travel back through the centuries to Dun da Lamh, a Pictish-era hillfort with commanding views over Strathspey and which was a place of status, defence and tribal belonging.

Looks quite interesting
We need to find out more about this place .
You are more beautiful to me than the sight of a thousand sweet centipedes drawn forth by the dawn
T

Londo said:
Looks quite interesting
We need to find out more about this place .
Click to expand...

This seems a good starting point, quite a number of photos: Dun-da-lamh, Laggan | Canmore

Hyperoptic - Anyone use them? Getting the 1gb service...