This book consists of stories from the BW Regimental Family covering the Great War and come from various sources.

Each story tells a bit about a section of the Regiment, for instance the Arbroath High School Section tells of the section made up of pupils and teachers of the school. The Janitor was an ex-soldier so when they joined he was often senior to the teachers from the school until they were commissioned, not all were. This was accepted as perfectly correct as the janitor knew soldiering and so was the right person to be the SNCO.

The stories cover all parts of the Great War, as it was known then, from volunteering in August 1914 to the Cease Fire on 11 November 1918. These are intimate looks at life, and death, in several battalions of the Regiment including many newspaper articles and letters home from the Front. Some of the language is ‘of the time’ such as Chapter “Friends are Known in the Hour of Battle” which is in effect a potted history of the Regiment. 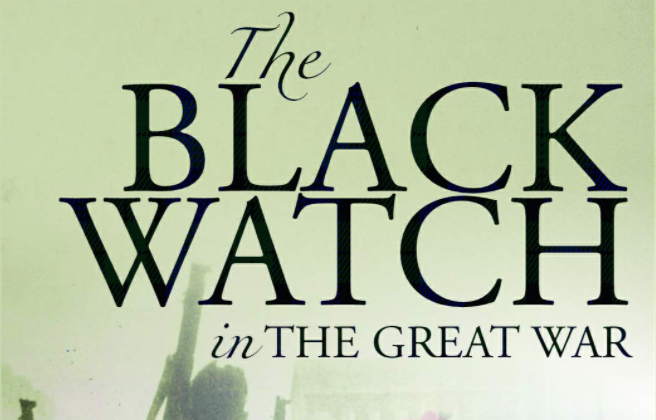 ​
The book is well illustrated throughout with photographs and newspaper cuttings, all adding to the intimate nature of the book, which is unashamedly |Black Watch from cover to cover. Having said that they are not short of mentioning other Regiments involved in their story. Unlike many books about the Great War, this one does not concentrate on the officer corps but is a good mix with many of the stories about the ordinary Jocks.

While this a book is obviously aimed at the Regimental Family and those with affiliations to the Regiment but as a look at life during the First World War, both at the Front and at Home.

In WW1, the Black Watch formed 25 Battalions and served on the Western Front, Salonika, Middle East, picking up 69 Battle Honours and four VCs, among many gallantry awards, along the way. This book gives a lot of the background to the men who made up these 25 Battalions. Well worth a read by WW1 enthusiasts and at £15 will not make too big a hole in your pocket/sporran.

The book would also be of interest to anyone with interest in the pipes and drums during the Great War as they are covered very well from the BW's point of view.
Din mama suger norsk svan pitt