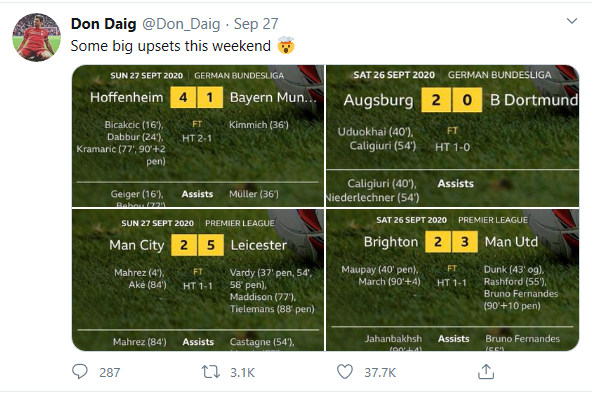 Not a Boffin said:
But where this ends up is that - for example - if a player makes a tackle and in doing so makes his opponent fall over, is it a foul? If handball is subjective, so is whether you got the ball or not. It just goes on and on and on until "taking a risk" applies to just about anything on the field and is potentially penalised to the extent you end up not doing it.
Click to expand...

Sorry I didn't notice this earlier.

In the professional game these days if you make a tackle and collect the player at the same time then a foul will be given irrespective of whether or not you got the ball. It's rare you'll see a slide tackle that collects both ball and player go unpunished at the top level.

And handball is no longer subjective. Functionally, as the rule is read if you're on your feet and in "normal play" and the ball strikes your arm unl as that arm is tucked by your side or behind "the normal silhouette of your body" you're going to get blown up.

The reason the law is written in the way it is, is to allow for instances like a player on the floor levering himself to his feet and the ball striking his arm as he uses it to get off the floor. The arm isn't inside the normal silhouette of his body but how else is he supposed to rejoin play? At least that's how I read it.

Mr Shankly's boots? I'm not fit to lace them.

Gout Man said:
Both the offside and this new handball rule are stupid beyond stupidity.
For offside why not bring back the rule that there must be day light between the attacker and last player? All this bollocks of a toe been offside is ludicrous.
Click to expand...

There has never been such a 'daylight' offside Law in football. As always, happy to be corrected though
ARRSE Premiership Champion 06/07

CAARPS said:
There has never been such a 'daylight' offside Law in football. As always, happy to be corrected though
Click to expand...

Not a Boffin said:
You can't have a situation where you give away a handball when you're not even looking in that direction - as Dier did yesterday.
Click to expand...

Yes you can. If an outfield player changes the course of the ball with his arm or hand then it’s unfair. It’s called football for a reason. You don’t need to flail your arms about when jumping.
You may not believe in God or a God, but trust me, when you’re really in the shit you will pray to everyone.

Er, oh when a , no that’s not right, how about standing in front, no that can’t be right.
Is this is a trick question

This is turning into a fairly incredible season. When was the last time that Everton, Villa and Leicester constituted the top three? Or Manchester United were hammered 6-1 at home, or Liverpool were battered by Aston Villa? Or we had so many 7 goal aggregate games? I know its early days, but something odd is going on!

Only Spurs could hammer United 6-1 at Old Trafford and still come second on Match of the Day.
The report of my death was an exaggeration.
-- Mark Twain (New York Journal, June 1897)

The bbc are reporting today that live free viewing of all games will only be available until the end of October. Details seem a bit scarce right now. I’m not in the uk so I have to buy a DAZN subscription to see the prem so I’m hoping that won’t be affected. Flicking around on the weekend watching bits and pieces of numerous games is part of the fun for me. Having pay per view on one game only wouldn’t work for me. Shame if it happens, it’s almost like professional sports is shooting itself in the foot right now.
Go Leafs Go !!! 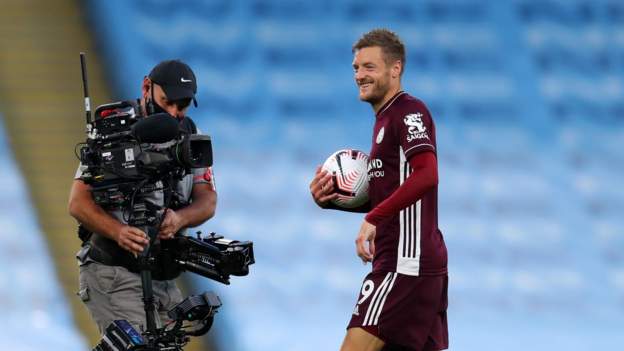 All Premier League fixtures will be available to watch live until the end of October, with some costing £14.95 per game on pay-per-view basis.

The Premier League really are making a total cock-up of the situation.

I might well have paid a fiver to watch my club [Liverpool] playing but there is o way I am paying £15 to watch a single match.

RBMK said:
The Premier League really are making a total cock-up of the situation.

I might well have paid a fiver to watch my club [Liverpool] playing but there is o way I am paying £15 to watch a single match.

Not on top of an expensive Sky package
I might bin the package and if I can cherry pick the games
Are Amazon still offering them on Prime?

syrup said:
Not on top of an expensive Sky package
I might bin the package and if I can cherry pick the games
Are Amazon still offering them on Prime?
Click to expand...

Don't see any live matches on my Prime Video page. Some documentaries if you're into that sort of thing.
If something doesn't fit in a hole, then one should stomp, stomp, stompity stomp on it until
it does, then walk away whistling "Spanish Harlem"

I have Amazon Prime.
My understanding is that these are other matches.

Unfortunately for the supporter, my understanding is, this package is only available to games not being shown already. So cancelling subscriptions won’t mean you will get to see the game.

Moderator
1. It only* currently applies to games in October which are not already contracted for showing on BT Sport, Sky etc - i.e. the ones which weren't scheduled to be shown. So we are being scalped for £14.95 per game if we want to watch these additional games too.

3. Stand by for this to be the model for the rest of the season, I reckon - the matches not already being shown under contract.

4. If insufficient numbers stump up those ridiculous prices now, clubs might conclude they could make more money charging £5, with many more people willing to pay that lower sum. (but don't bank on it, as this oversimplifies some assumptions about the business growth model / the "normalising" of consumer behaviour over time - which would be complex considering it might only be for a few months whilst grounds can't be accessed).

* As I understand it, Sky and BT have already paid £x million pounds for the rights to screen X games during the season, which should already have been divvied up across each match week. I don't know whether they have already selected which games each broadcaster will show, but I'm concerned that we might see a trend of "big games" being held to ransom by this new model i.e. if you want to watch a big derby match, it's gonna cost £14.95 on top of your BT / Sky / Now TV subscriptions.

Bottom line for me - I refuse to pay £14.95 to watch individual matches, when I already put a lot of money in the pockets of BT and Sky every month. If half the money is genuinely going to Liverpool FC, that softens my viewpoint a little - but I think it should definitely be under a tenner, and £5 I would pay without moaning too much.
http://www.arrse.co.uk/wiki/Barbgenius

Some of the club's in Scotland are streaming matches
Celtic provide a virtual season pass so season ticket holders can watch all the games not on SKY / BT.
One of the away games was offered as a live stream direct form the away teams ground
I think that was about £12 and the money went straight to the club ( St Mirren I think it was)

I'm not sure if the club's in England are doing similar for season ticket holders I know a mate who has a season ticket for horse racing gets all the races live streamed to him also.

I think this is the writing on the wall for the future. Even if In six months or so crowds come back the precedent will be set. I believe it will happen to much of live sports both sides of the Atlantic. It’s a shame I like hockey and football but paying the extra for the sports stations and DAZN is enough for me.
Go Leafs Go !!!

The biggest bully on the block doesnât always win.