Nowadays, just like they do on some bridges in Paris, couples leave a padlock on the Koln railway bridge as a sign of their undying love. 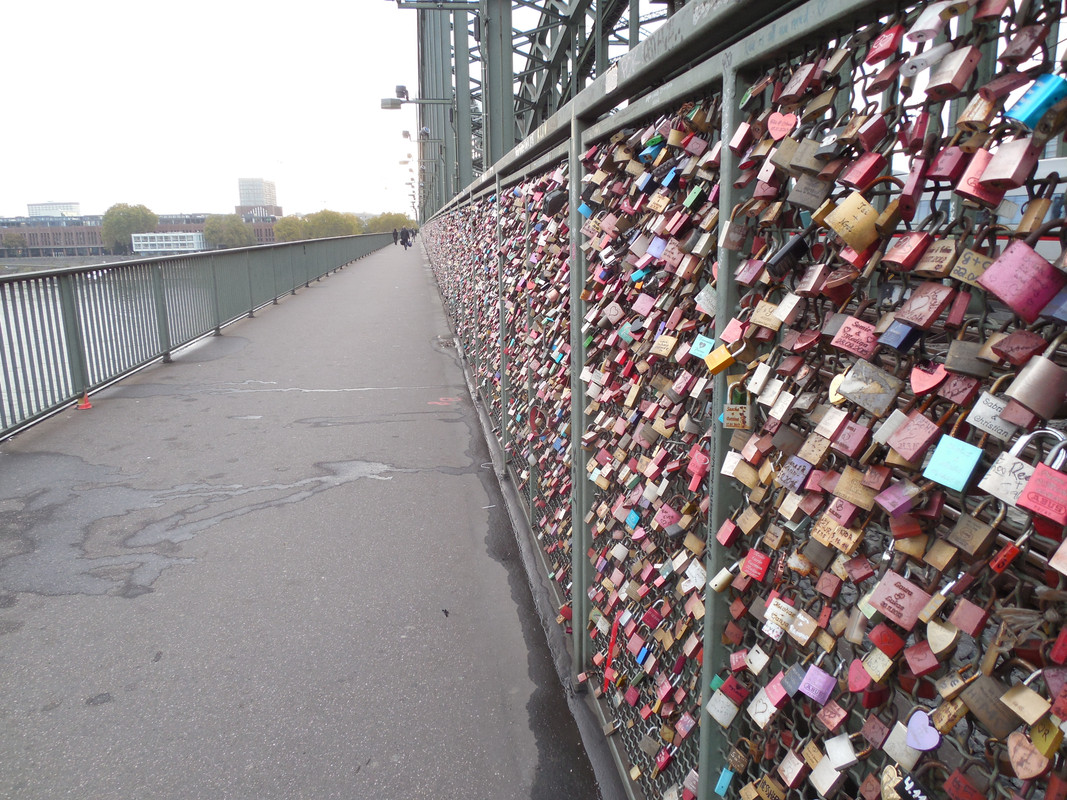 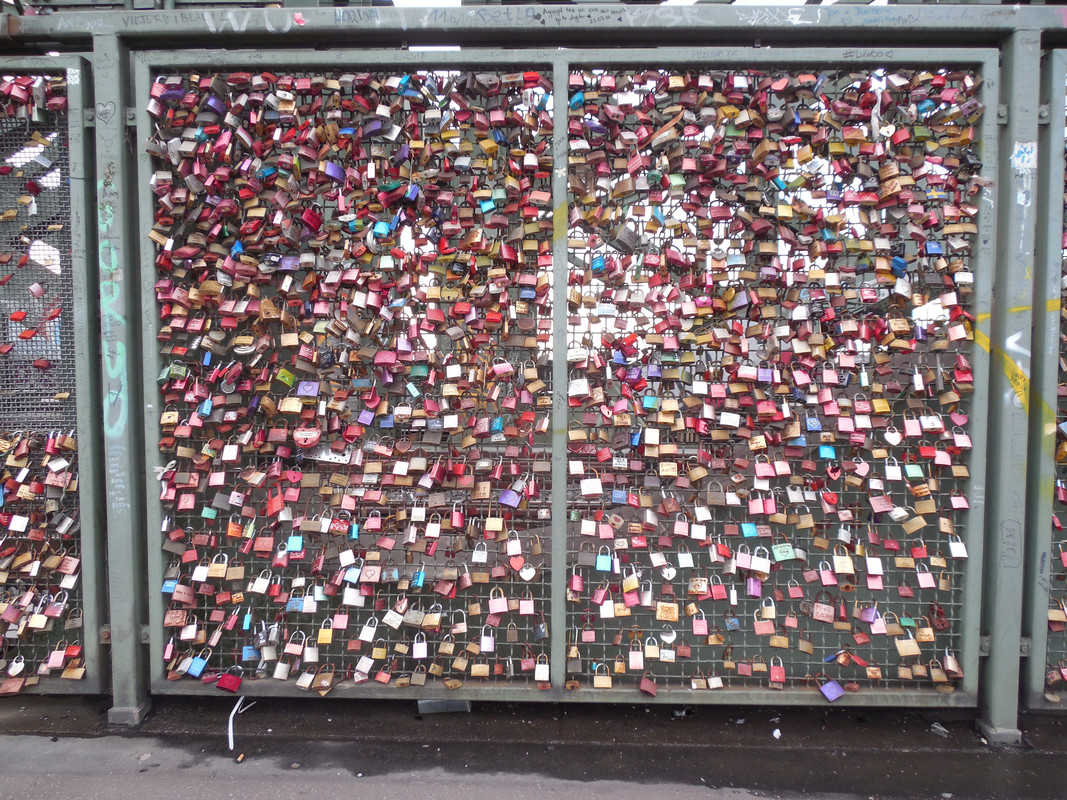 Yes, I’ve heard of that, but never seen it. I’d be interested to know when that first started.
NULL

I spent a a pleasant half hour one morning chatting with David Soul in Jack Straw's Castle PH when he was over here doing some play in that there London.
'Pay peanuts get monkeys'
'Quality costs, you get what you pay for'
Professional footballers and bankers show these statements as tosh.

Chef said:
I spent a a pleasant half hour one morning chatting with David Soul in Jack Straw's Castle PH when he was over here doing some play in that there London.
Click to expand...

Yep, he used to spend a lot of time in Hampstead, he would stay at La Gaffe and mostly drink in the Duke. I remember one night when all three from Starsky and hutch were in.
NULL

kelvin_273 said:
A whole band can get pissed for 20 Pesos in Spain.
Who's Hugh Hefner?
Click to expand...

Are you for real?

He founded a famous skin mag and had clubs and mansions all over the world at one time. 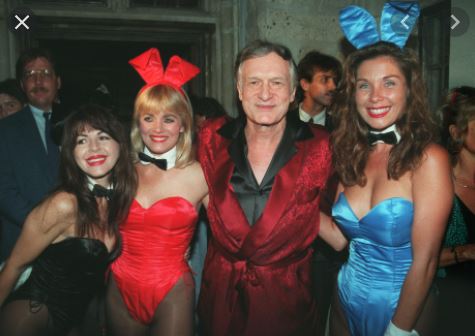 Late 80's, living in Marrakech at the time, I saw three Brits getting ripped off by a waiter at Casablanca airport so went to their aid. Sorted out the waiter who agreed to a more reasonable price as I spoke French and some Arabic and knew what he was on about. So, after that one of the Brits stuck his hand out and thanks, I'm Carl Howman. The name meant nothing to me so I just said, No problem, I'm Mogreby. There was a pause and his very pretty girlfriend said, Carl Howman, Brush Strokes. It still meant nothing and Carl wasn't happy at the lack of reaction. Then the second guy said, I'm his minder, I'm John H. Stacey. Now I'd heard of him so was a lot more impressed by him than I was by Howman who was pretty up himself and got more so as the Marrakech flight got delayed so that 3 government Ministers could catch it.

mufftickler said:
Literally half an hour ago i got caught singing (badly) in the car by Helena Bonham carter, She giggled and smiled.
Click to expand...

I hated her in the Harry Potter series, but she was OK as the Queen in "The King's Speech".
Now shrivelled hags, with poison bags,
Discharge your loathsome loads!
Spit flame and fire, unholy choir!
Belch forth your venom, toads! - The Sorcerer - W.S. Gilbert
BG Stand Watie, CSA approves this message.

Ruckerwocman said:
I hated her in the Harry Potter series, but she was OK as the Queen in "The King's Speech".
Click to expand...

She is a weird one. She lives in the neighbourhood so i sometimes see her around. Sometimes she looks absolutly shocking, like a bag lady, Other times ,like today she looks like the fittest woman on the planet.
NULL

My missus has also had dinner with Buzz Aldrin
J

Bodenplatte said:
Stanley Baker and I pissed into adjacent urinals at a circus in Blackheath in 1965.
Click to expand...

I hope you saluted?

I once had lunch in Richmond with Ted Childs, the producer of many a TV programme. The Sweeney, Red Cap & The World at War etc.
Fascinating bloke.

I am typing this in the exact same spot that Storm Thorgerson once sat. He was a graphic artist who's main claim to fame was doing the Dark side of the moon cover for Pink Floyd. I visited his flat a couple of times and wish that i had asked him for some stuff that he had laying about. He used to use his flat as a studio and it was full of sketches and other stuff that most likely ended up in the bin.
Last edited: 9 Jun 2021
NULL

A few years ago I worked out of Beria's former office in Tbilisi.
The Provisional IRA has largely disarmed, though it prides itself on being an undefeated army: yet here the Shinners will see the British army marching through the streets of Belfast, thereby reminding people what an undefeated army really looks like, and worse, how utterly pointless the IRA war really was. Irish Independent 22 Oct 2008
B

I passed some memorable moments with a then still serving RAF Chief Tech who had served with Aircraftsman Ross (Lawrence of Arabia). The subject came up because the David Lean film had just come out.

greenbaggyskin said:
Oh yeah, forgot about him. After the CSE show in Terme (1996), he came and sat with us in the Sgts' Mess bar area and made a significant dent in our crate of beer. Decent bloke though.
Click to expand...

I was supposed to go to that, me and a few others. Turned up for the transport "What are you lot doing loitering around?" "We're here for the transport to the CSE show Sir" "That was yesterday, now fcuk off".
Turns out all the Sqn Seniors went as well as all the officers from Bde HQ, us scumbags down the road got knack all, as per. Fcuking jack cxnts
QRM - 5

Cloth bomber said:
I have it on very very good authority he was an evil little paedophile.
and we are talking young.!!!
Click to expand...

“Hello my darlin “. Catchphrase of Charlie Drake. A man with “ tastes” that would prevent you walking past his grave with a full bladder.
B

Cloth bomber said:
“Hello my darlin “. Catchphrase of Charlie Drake. A man with “ tastes” that would prevent you walking past his grave with a full bladder.
Click to expand...

jagman2 said:
I hope you saluted?
Click to expand...

PapaGolf said:
Turns out all the Sqn Seniors went as well as all the officers from Bde HQ, us scumbags down the road got knack all, as per. Fcuking jack cxnts
Click to expand...

They were practising the QSJM selection procedure.
M

Bought Simon Weston several pints in Aberdeen once, he was more than happy to chat
But for tenuous links to fame how about the regiment I left over 25 years ago has Jools Holland as Honorary Colonel? No I have never met him