Apologies if this has been mentioned before or wrong forum, I suppose if no-one knows who I'm on about, (and please leave 'wtf is he' comments to yourself), this thread will soon disappear anyway.

But for those who listen to TalkSport (as the name should suggest, this was a Talk and Sports radio station) may be surprised that bug-bearer and long-time DJ Mike Dickin was killed in car crash on Monday 18th.

For those who haven't heard of him, he had a very distinctive rough voice - think Orson Wells with a persistent cold and sore throat! - and a persona of loveable miserable git who'd be abrupt and sharp with callers who were wasting time, talking crap or being rude but possessed another side of being an amicable man when people called in with opinions, stories or questions with clarity or honesty, he would have made mincemeat of Ms Yannie for starters.
Was definitely one who wasn't afraid of voicing his genuine held view on all issues including silly policies, taxes, govt, armed forces, agencies, councils, etc and especially parking tickets or where joe public had been unfairly treated, he used to bring on a well known solicitor and a doctor (their names escapes me) to help callers in difficulties to get well needed advice.
I know my short paragraph does not do him justice, but judging by the talksport website apparently repeatedly crashing (according to another DJ this morning) due to the weight of wellwishers wanting to sign his on-line condolence book, his presence on the radio will be missed.

I know who you mean. I listen to talkSPORT quite a bit, and have listened to Mike Dickin's shows quite a bit. Heard Ian Collins (another DJ) talking about Mike in the past tense last night and wasnt sure why... only heard about the death in the car crash this morning, and that was on teletext. 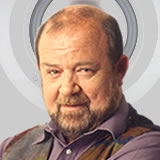