Awol said:
...
make ginger people dance around a maypole naked every Sunday, it's because it doesn't want to, not because it can't.
Click to expand...

Or because it'd be cruel and unusual punishment to force people to watch.
- #diymetoo
- Apparently some moderators take themselves very, very seriously, and cannot abide posts such as:
"If however you offer to moderate you may be a sanctimonious, unfunny pissflap to your heart's content."
- Some comments are allegedly "very very nasty and uncalled for."[/U]
- FISHMO
C

JCC said:
...
- isn't that what they've done to whatshername in Syria? Born & bred in UK but Daddy was originally from Bangladesh so the government argues that she can apply for citizenship there if she wants i.e. she's not being rendered stateless.
Click to expand...

It would come as no surprise to me if the Begum woman had already been back in the UK for some time.
- #diymetoo
- Apparently some moderators take themselves very, very seriously, and cannot abide posts such as:
"If however you offer to moderate you may be a sanctimonious, unfunny pissflap to your heart's content."
- Some comments are allegedly "very very nasty and uncalled for."[/U]
- FISHMO
L

Boumer said:
In life it is important to know when to stop arguing with people and simply let them be wrong.
Click to expand...

Ah...a retired Lawyer. Formerly Contract law, not Criminal Law, but a Lawyer none the less.
Shows zero concern for the victims, but eager to suggest ways of keeping the perp alive, despite the danger to everyone else.
A few more quid to be had for her sort from a drawn out, high profile defence of a live terrorist, than there is from a quick inquest on a dead one, per chance?

javaguzzisti said:
I am not against this challenge as I think it is important in a democracy.
I hope it loses.
Click to expand...

But would it? Even if it did a long drawn out legal battle would ensue!
Therefore more innocent victims could be killed or injured. The first to bleet if it happened to their relatives would be ?

Bravo_Bravo said:
How will a legally enacted law be challenged in Court?
Click to expand...

The video of the cnut flailing and shitting his last should be shown on loop for a few minutes in schools.

" This kids is what happens when you think you're hard with a shank and stab people. There's a bigger , better armed gang out there and they WILL kill you.

And then just stand back.

No first aid, no ambulance and no respawn.

Nope.
Bravo Bravo sets himself a depressingly low standard which he consistently fails to achieve.

Already answered.
Keep up.
Bravo Bravo sets himself a depressingly low standard which he consistently fails to achieve.
P

lecky said:
Ah...a retired Lawyer. Formerly Contract law, not Criminal Law, but a Lawyer none the less.
Shows zero concern for the victims, but eager to suggest ways of keeping the perp alive, despite the danger to everyone else.
A few more quid to be had for her sort from a drawn out, high profile defence of a live terrorist, than there is from a quick inquest on a dead one, per chance?

I often used to wonder what a lawyer thought after one of their clients finally got the big needle after 20 years and numerous appeals on death row.

craven50 said:
But would it? Even if it did a long drawn out legal battle would ensue!
Therefore more innocent victims could be killed or injured. The first to bleet if it happened to their relatives would be ?
Click to expand...

Once upon a time, many moons ago I was in full plod uniform sitting outside the magistrates court in an outer London Borough waiting to give evidence when I was approched by a pretty female defence lawyer.

She proceeded to give me a tale of woe about having her handbag stolen a few days ago.

"Oh dear" said I, "It was probably taken by one of your clients",

For some reason she flounced off in a huff.

You know where sympathy comes in my dictionary - at least as far as lawyers are concerned.

anglo said:
"House of Lords, which in no way could be seen as having any independence."

Neither has the Supreme Court, to get the first judges, Tony Blair drew a list up which was given to the Queen for her to pick the judges from,
It was a win win for Blair for years to come as the following PMs can't sack the judges

If you don't believe me have a look at the judges that he picked a few below
Click to expand...

Forgive me, but that conflates and confuses several events.

The first supreme court judges were the previous Law Lords, apart from Lord Scott who retired shortly before the Supreme Court came into being. Some of those judges, inevitably, had been appointed when Blair was PM, but that was simply a function of him winning a General Election 12 years prior to the Supreme Court coming into being and still being in No.10 in 2007, a period in which a number of judges were inevitably appointed as others retired, rather than him pre-loading the court. He did not present HMQ with a list of do-gooder judges to become Supreme Court justices because he couldn’t. The Supreme Court was a rebranding of the Law Lords and nothing immediately changed apart from the branding - the legal equivalent of Marathon becoming Snickers.

Blair may have led the administration which set the Court up, but his tenure as PM had been over for two years when it replaced the Law Lords of the HoL, and did not recommend any appointments direct to that court, (indeed, he’d ceased to be an MP by that point).

Of the judges you refer to, Hale was appointed in 2004 - thus to the Law Lords, thus a year before the Act which set up the Supreme Court was put through parliament; Reed was appointed to the court in 2011, thus under the coalition, not Blair.

Kerr, when in post in NI, tended in Human Rights cases to side with the government rather than the appellant(s), as he himself admitted in the same interview you quote from.Your quote somewhat unfortunately omits a crucial section (where the ellipses sit)

What he said was:


The central point about the Act is that it has given judges free access to the rich vein of jurisprudence that is provided by the Strasbourg Court. I am much in favour of the view that Strasbourg should not necessarily provide the last word on the content of human rights in our jurisdiction. I think it is a very healthy thing for the judges in our jurisdiction to be prepared not to follow slavishly all the utterings of the European Court of Human Rights. That said, we now have the ability to draw on jurisprudence from all over the Council of Europe on matters that critically affect the balance of power between the citizen and the state and I think that that can only be a good thing.​
​
​
Which is a slightly different observation - rather than being a full-on adherent of the ECHR, he was doing a modern version of Lord Denning in welcoming the opportunity to reach decisions drawing upon wider generic examples from which decisions on the HRA might be made which were seen to be fair.

Denning, lacking that ‘vein of jurisprudence’ is now reckoned to have made quite a lot of stuff up on the hoof by making spurious comparisons to justify decisions he’d arrived at - his skill was disguising this in brilliantly-written judgements which only had lawyers going ‘Hang on a moment...’ when it was too late.

I think it was Joshua Rosenberg who said that you could tell which way a Denning judgement was going to go by the end of the second sentence of his introduction to the case, and that on closer inspection (some time after his death in many cases) it became clear that he’d taken extant law and bent it, or simply decided what he thought the verdict should be and then made up some deeply spurious precedent because English law gave him nothing to go on whereas drawing upon examples from elsewhere might have saved him from some of the contortions he went through.

Kerr was welcoming having a wider corpus of law to draw upon where interpretation of a universal act gave examples; he didn’t - as the quote shows - welcome the idea that Britsh courts should follow the ECHR religiously; indeed, he thought that the British courts should tweak the nose of the ECHR every now and then...

Unfortunately, because Kerr (Supreme Court) has been confused too often with Kerr (author of Article 50 and trenchant critic of the brainpower of Brexit supporters), you end up with seemingly informed sources giving the impression he was/is a cipher for the ECHR, when he isn’t...

Sorry - back to terrorists....

Steamboat said:
I know, but the problem is that a good portion of Liberal society believes these types of people to be kittens who can be snuggled into change. When in reality many of the hard core folks are just waiting to have their Aloha Snackbar moment like the previous two terrorists.
Click to expand...

MoleBath said:
A major drawback of capital punishment is that it can make juries conviction shy. It also causes problems extraditing suspects from a number of states. All in all the prompt despatch of the perp worked out well
Click to expand...

We could offer Texans all inclusive trips on the understanding that they will be jurors.
Texans aren’t shy of convicting in a capital trial.

Well it’s only a suggestion.
In the beginning the Universe was created. This has made a lot of people very angry and has been widely regarded as a bad move.

Splitters!
Democracy is not for the people. 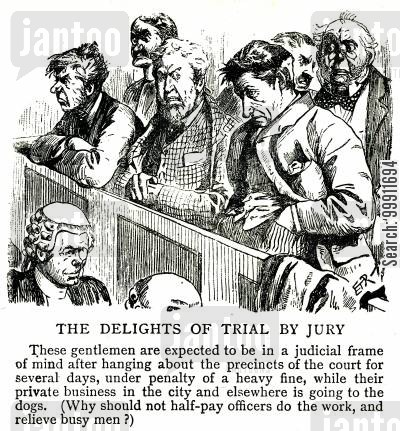 TamH70 said:
Wrong comrade, comrade - although he did work for Beria. It was actually a guy called Blokhin, and he took out about 7000 Poles in the Katyn Forest unpleasantness.

He managed to outlive all his Chekist bosses, and Stalin - though the latter not by much.

Last edited: 5 Feb 2020
NULL
You must log in or register to reply here.